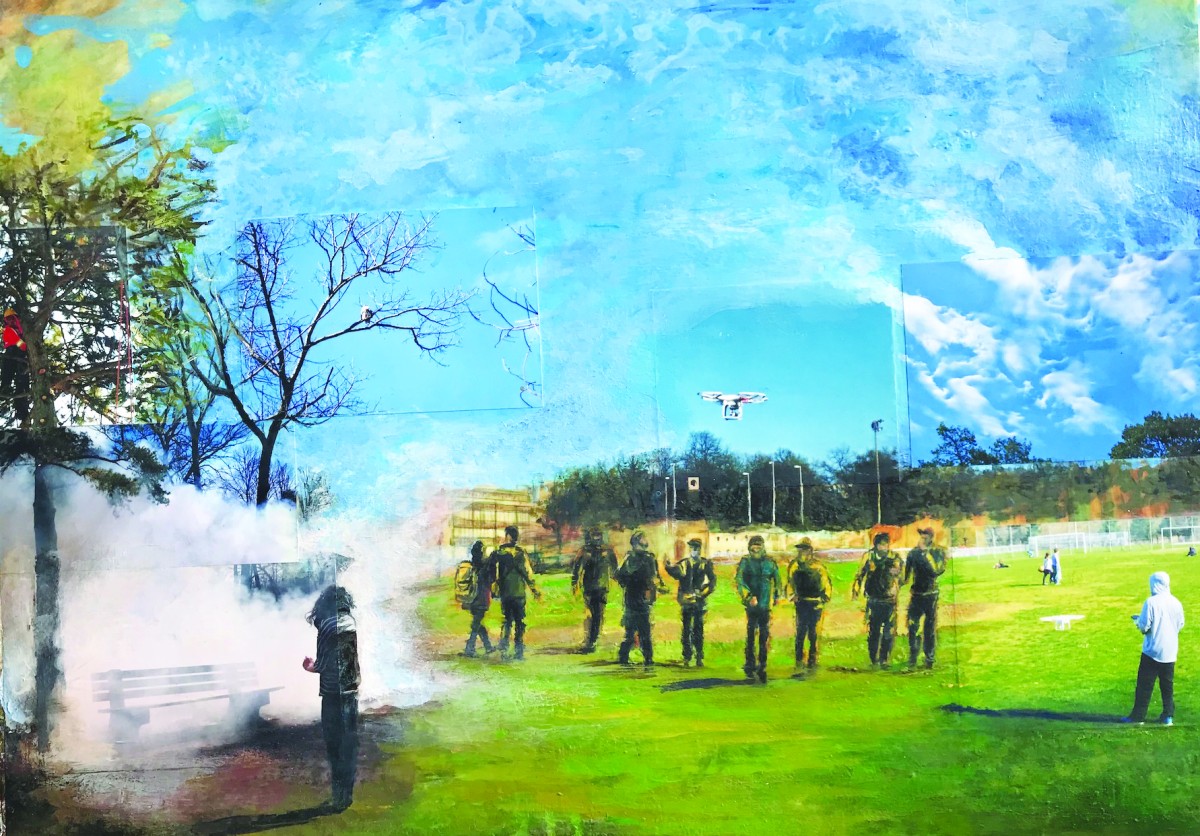 As Canada’s longest continuing art society since 1872, the Ontario Society of Artists (OSA) is celebrating 150 years with a special members’ exhibition at the Orillia Museum of Art and History. On view now through September 2022, Conversations focuses on the theme and the anniversary yearbook title, Breath. Heart. Spirit.; it features newly created artworks by a group of OSA artists challenged to “interrogate, transform, reformulate, and relate to works by other historic OSA artists”. The group was invited to research, reflect and reimagine works of OSA members in relation to their own practice, each artist finding inspiration from the past as the basis for their new creation.

“Conversations require breath, heart, and spirit. The heart listens, the spirit learns, and breath supports life. Ideas pass from artist to artist, permeating culture and vice versa. We share and learn,” says Janet Read, OSA Chair: Conversations. “Connections abound through time between our current artist members and the rich legacy of the past. Some members are second generation OSA, while others are students of past notable artists and teachers.”

Here are some reflections from exhibiting artists on their inspirations:

Frances Patella: “I have been inspired by images of the OSA war artists, especially George Broomfield, John Bennett, and Eric Aldwinckle, as depicted in the OSA 150TH anniversary yearbook, Breath. Heart. Spirit., in creating my mixed media Drone. The OSA war artists were involved in a number of global conflicts during the first half of the 20th century and those images are more relevant now, when we are facing yet another European war. Keeping the documentary style that those war artists employed, I use several photographs for this piece and integrated them with drawing and painting. The line of people in Drone are from a memory of the Quebec NAFTA protests that I attended and photographed − what were these people discussing? New strategies? Plans for future disruptions? The drone is a new method of surveillance, used by both the military and ordinary people in the fog of war.” 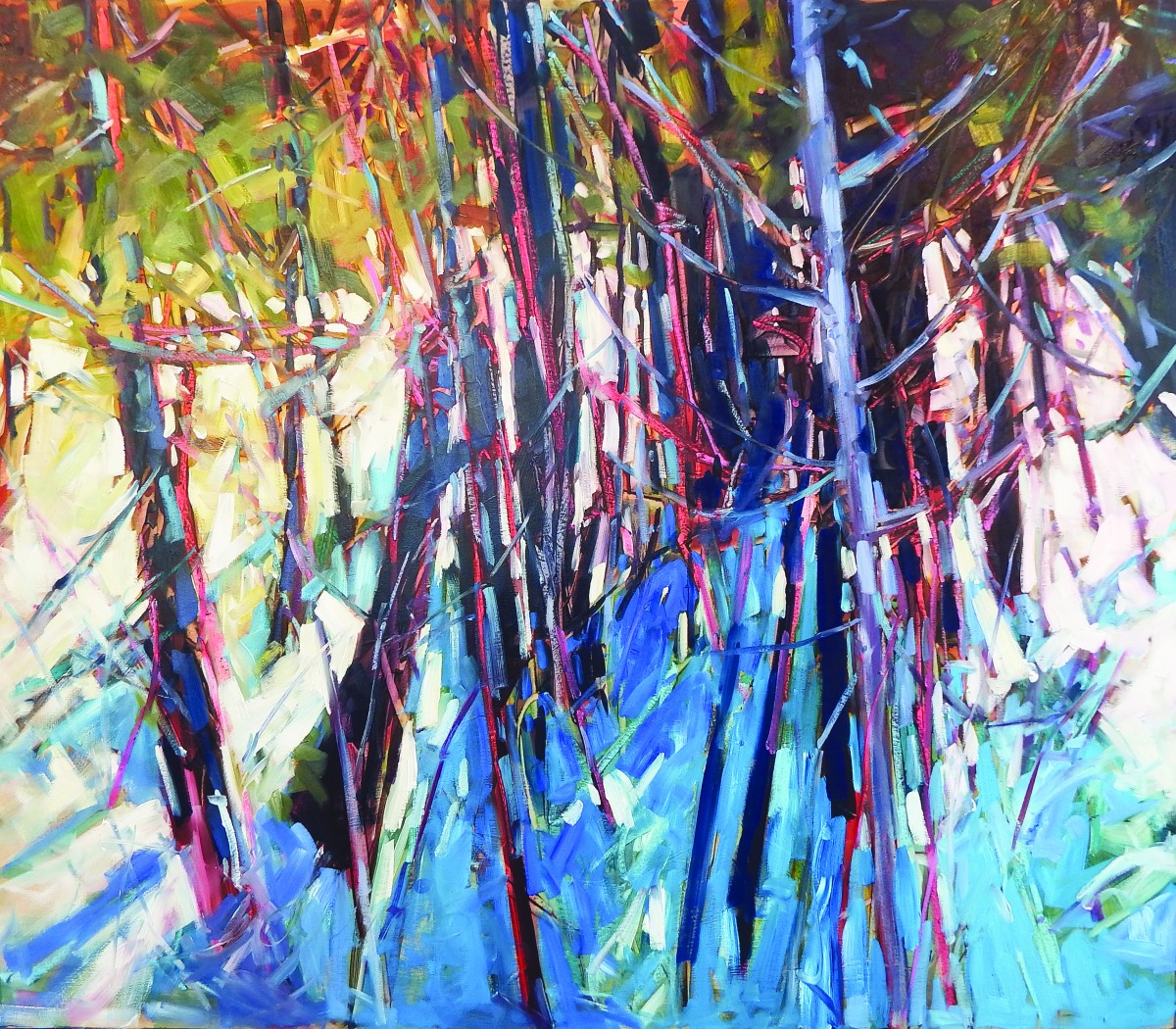 Sheila Davis: “I chose to reflect on the work of Tom Thomson. Specifically, his work Path behind Mowat Lodge (1917. Oil on wood.). While it is the highlighted path that draws the eye for most, for me it was the shadowed clump of birch and brush. The rich warm darks against the cool of the snow. Finding a similar image, not difficult in our Ontario landscape, I moved in closer to study the play of temperatures and texture within the shadows. The title came naturally, the light is interrupted, as was Thomson’s light, his vision of our landscape, interrupted by and early death. Had he lived a long and creative life, what would he have shown us?” 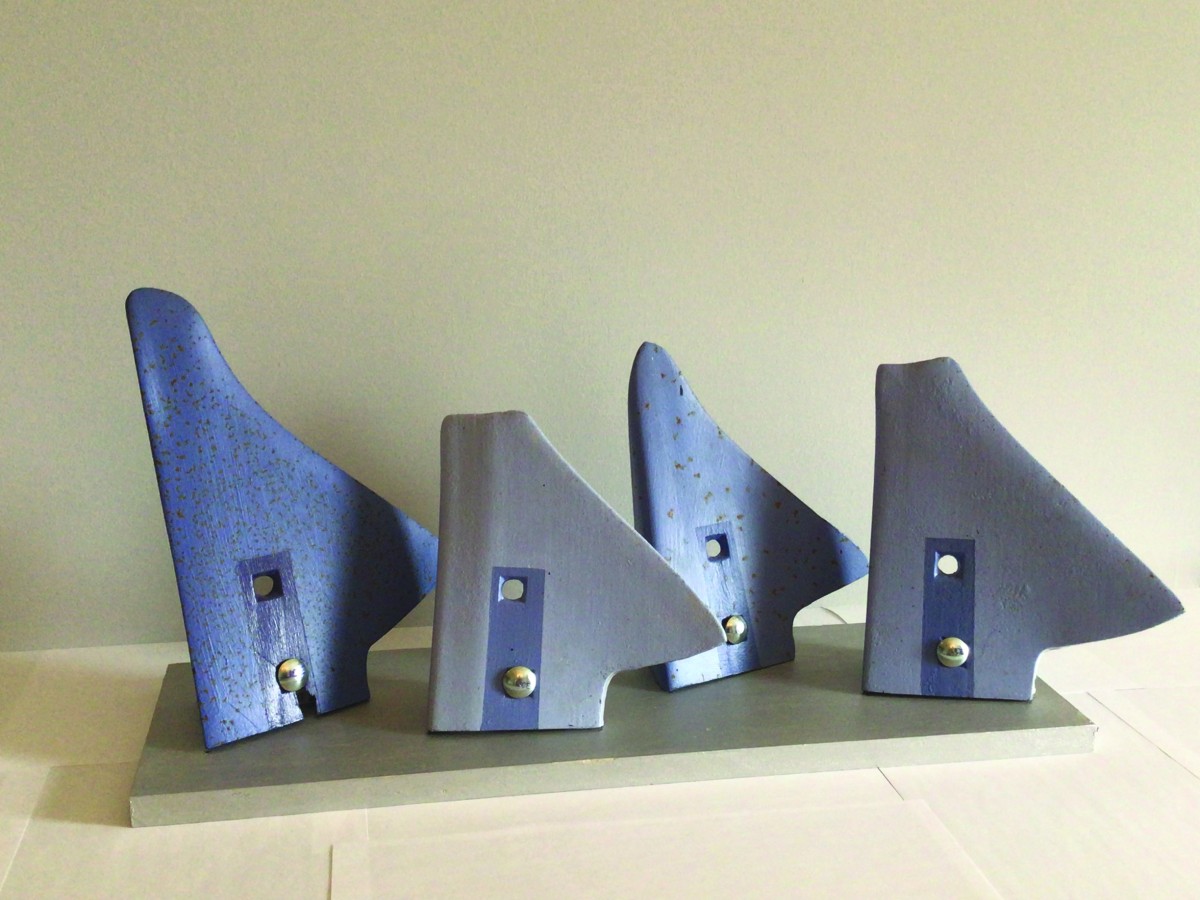 Tom Ashbourne: “Banff recreates Lawren Harrisʼs Untitled, Mountains Near Jasper (1934. Oil on board.) as a three-dimensional sculpture made from the blades of an antique plow, mounted on a silver board. The sculpture is an homage to one of Canada's most famous painters, and Canada's long history as a resource-rich land.”

The Canary Restaurant by Kim Atkins 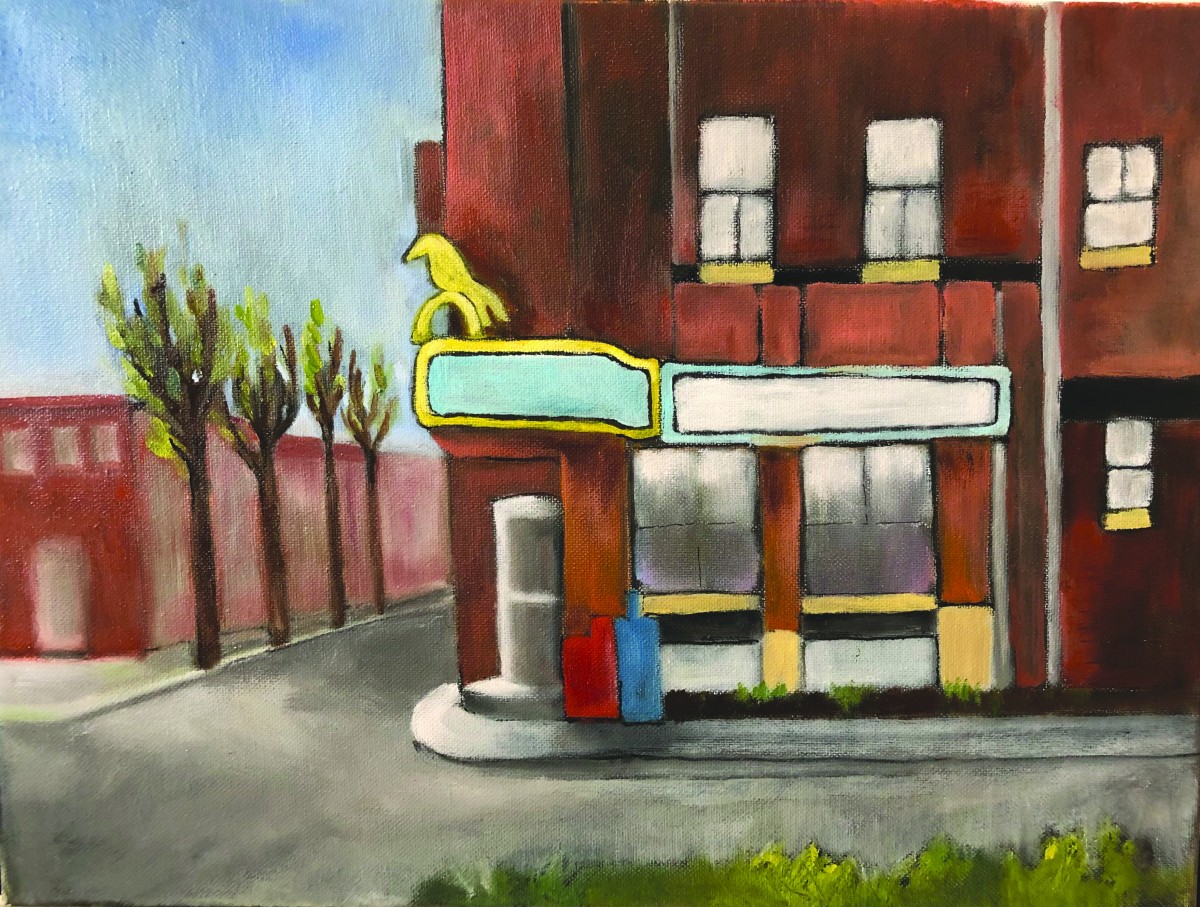 Kim Atkins: “I chose to paint a newer version of a diner on Cherry Street. This building is part of an historic older hotel and school. The area has been completely changed due to rapid development. I chose the work for three reasons. I was a student in Frederick Hagan's printmaking class at OCA. I now live in this area of Toronto, and I put together an exhibition for CONTACT of photos of old Toronto diners. This was once a busy destination for a hungry-man breakfast and also popular with the neighbouring film industry for its authentic diner feel.” 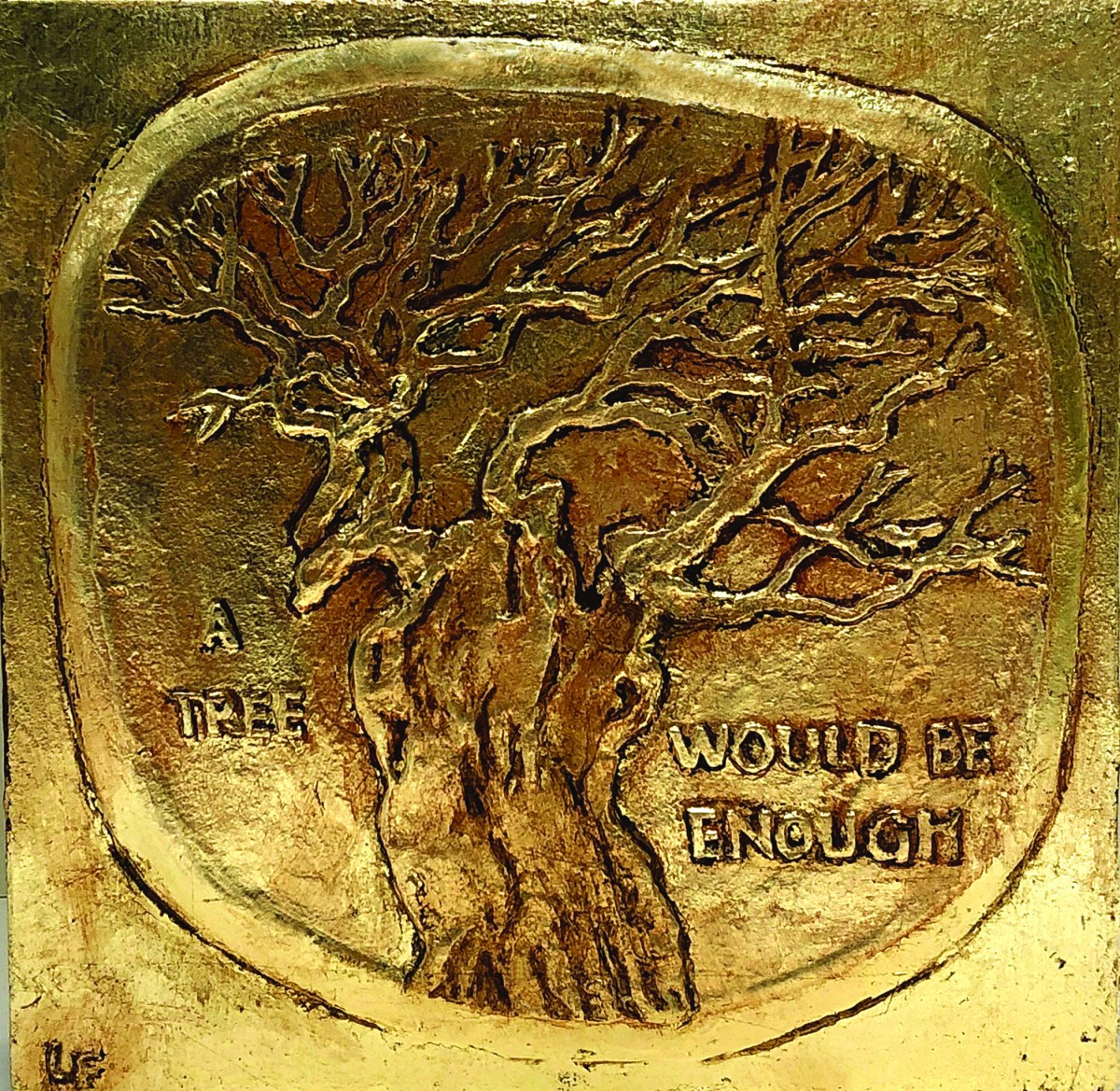 Linda Finn: “Dora de Pédery Hunt described the art of making medals as “short poems…it has to be understood immediately”. Born in 1913 in Hungary, she immigrated to Canada in 1948. By 1961, she was designing commemorative medals, including Queen Elizabeth on our coins. As building bas-relief and mold making has been a part of my practice when casting handmade paper, I was attracted to her work. Her strong and simple designs were catalogued in Medals, a book of her work gifted to me many years ago.”

The OSA seeks to promote visual arts in Ontario through exhibitions, special projects and arts advocacy. Their membership roster includes many of Canada’s best-known painters, sculptors, printmakers and photographers. OSA works are found throughout Canada in public collections, including the AGO.

Want to learn more about the OSA, artists and their legacy? Check out their anniversary publication, Breath. Heart. Spirit. The OSA 150 Years, on sale now at shopAGO. Interested in seeing more works from the 150th anniversary exhibition Conversations? Browse through the online catalog here.