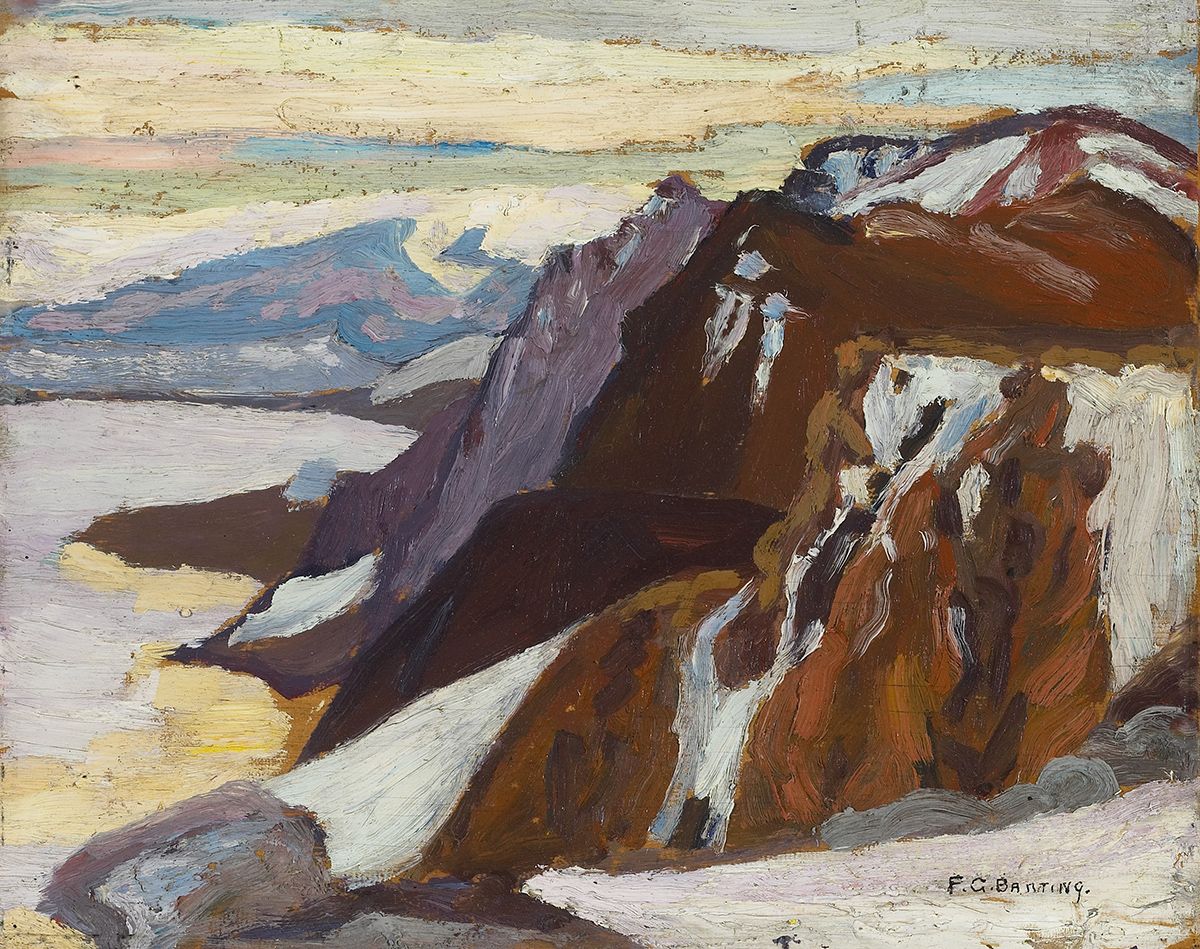 In 1923, a Canadian doctor and medical scientist named Frederick Banting (1891-1941) won the Nobel Prize for co-discovering insulin, landmark research that forever changed the lives of people with diabetes. But did you know that Banting was also a talented painter? Just in time for World Diabetes Day and Banting’s birthday on November 14, we are taking a moment to spotlight his artistic talent and love for the arts.

Unbeknownst to many, in 1920 Banting spent time studying and sketching Canadian landscapes alongside Group of Seven artists A.Y. Jackson and Lawren Harris. He first began focusing more on his artistic career after a failed attempt to start a medical practice in London, Ontario. With an affinity for watercolours and capturing raw natural landscapes, towards the end of his life, Banting even thought about retiring from medicine to become a full-time painter. A highly accomplished professional, he not only cemented his legacy as the co-discoverer of insulin, but he has also put his stamp in the local arts scene with three of his landscape paintings being in the AGO Collection.

This year, in partnership with the AGO, Diabetes Canada drew from Banting’s love for the arts as inspiration to create its first ever art competition titled Art of the Matter to engage with the community and commemorate the 100-year anniversary of insulin. Just as Banting found hope through his passion for watercolours and sketching, Diabetes Canada wanted to call attention to the lived experiences of those who suffer from diabetes and use art as an avenue to showcase that to a wider audience. Inspired by Banting’s career as an artist, physician and scientist, they asked the community from across Canada and internationally to submit artworks based on the question, “How do you want people to perceive diabetes?”

Here’s how the top three winners answered the question through art.

Testing! Testing! It’s all so testing! by Beth Croft

Testing! Testing! It’s all so testing! by Beth Croft

November is Diabetes Awareness Month and we’re joining Diabetes Canada to help take action to end diabetes. As we continue to celebrate the winners of Art of the Matter and Sir Fredrick Banting’s important medical accomplishments, we also invite you to browse his works from the AGO Collection below.

Want to learn more about the competition, its winners and Banting’s work in the AGO Collection? Melissa Smith, AGO Assistant Curator, Access and Learning, and Renata Azevedo Moreira, AGO Assistant Curator, Canadian Art, are doing a virtual talk on November 22 at 11 am, when they will discuss the winners of the Art of the Matter competition and highlight a few of Banting’s artworks in the AGO Collection. To join and for more details, visit AGO.ca/events/art-matter-diabetes-canada-and-frederick-banting .