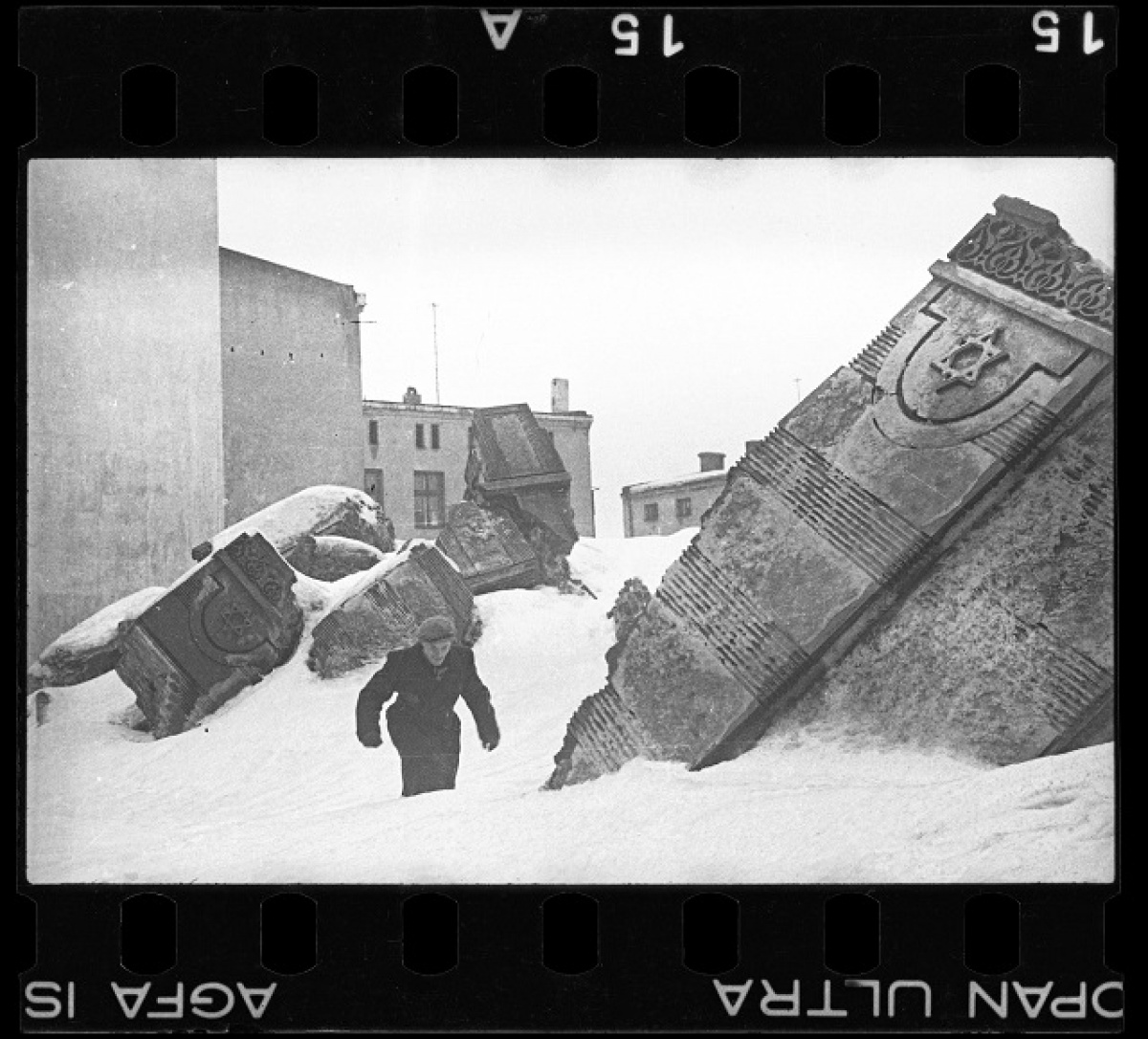 In honour of Holocaust Remembrance Day, we’re taking a closer look at our collection of photographs of the Lodz Ghetto, now on view online. 81 years ago, in 1940, 164,000 Jewish people were incarcerated in the Lodz Ghetto under deplorable conditions. Disease and starvation were rampant. Thousands more were incarcerated over the next four years. Only a small number survived the Holocaust.

In 2015, the AGO’s exhibition Memory Unearthed: The Lodz Ghetto Photographs of Henryk Ross opened in Toronto and it’s been on tour ever since. The exhibition and related digital online archive both showcase the work of Polish-Jewish photographer Henryk Ross (1910-1991) who was an official photographer employed by the Statistics department for the Jewish Council in the Lodz Ghetto in occupied Poland. 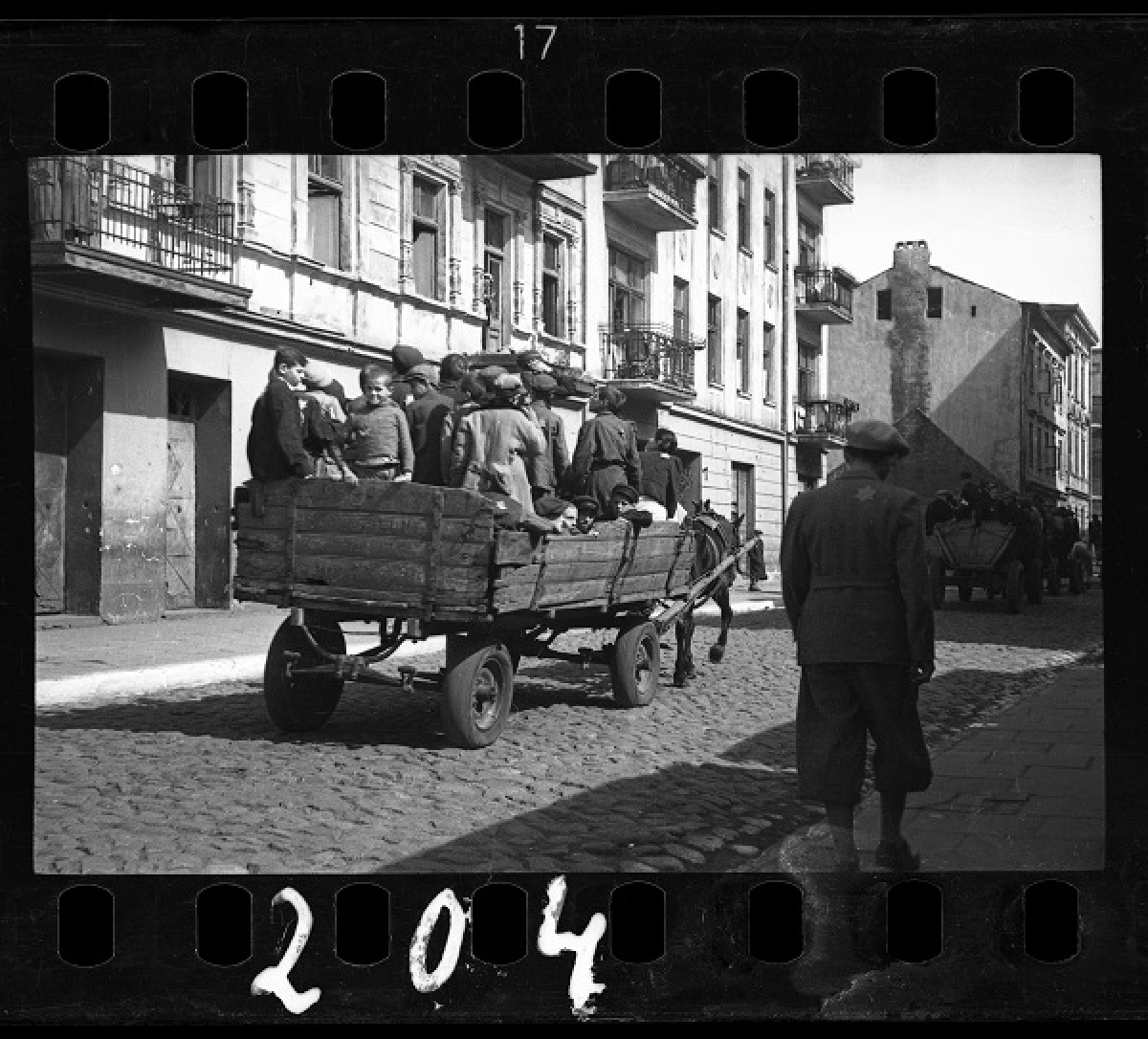 While his official task from 1940 to 1944 was to take identification photographs for work permits, he was also assigned to take propaganda photography of Jewish labour, promoting the work efficiency of the ghetto’s labour force. At the same time, he secretly (through cracks in doors or folds in his jacket) photographed the ghetto’s grim reality – starvation, disease, desperation, and fear – at serious risk to his own safety.

“Henryk Ross wanted to leave a legacy for the world to see. Fearing the total destruction of the Jewish community, he wanted to leave a lasting tribute to the hundreds of thousands of Jews interned by the Nazi regime at the Lodz Ghetto,” explained Maia-Mari Sutnik, AGO Curator Emeritus Photography, who curated the exhibition.

To protect his work, Ross buried his negatives before the ghetto was to be liquidated in August 1944. Ross survived the final deportation to Auschwitz, and in March of 1945, he unearthed the box and found that only half of his 6,000 negatives were still usable. From this invaluable historical record, Memory Unearthed reveals a visual and emotional meditation on a harrowing moment in history. 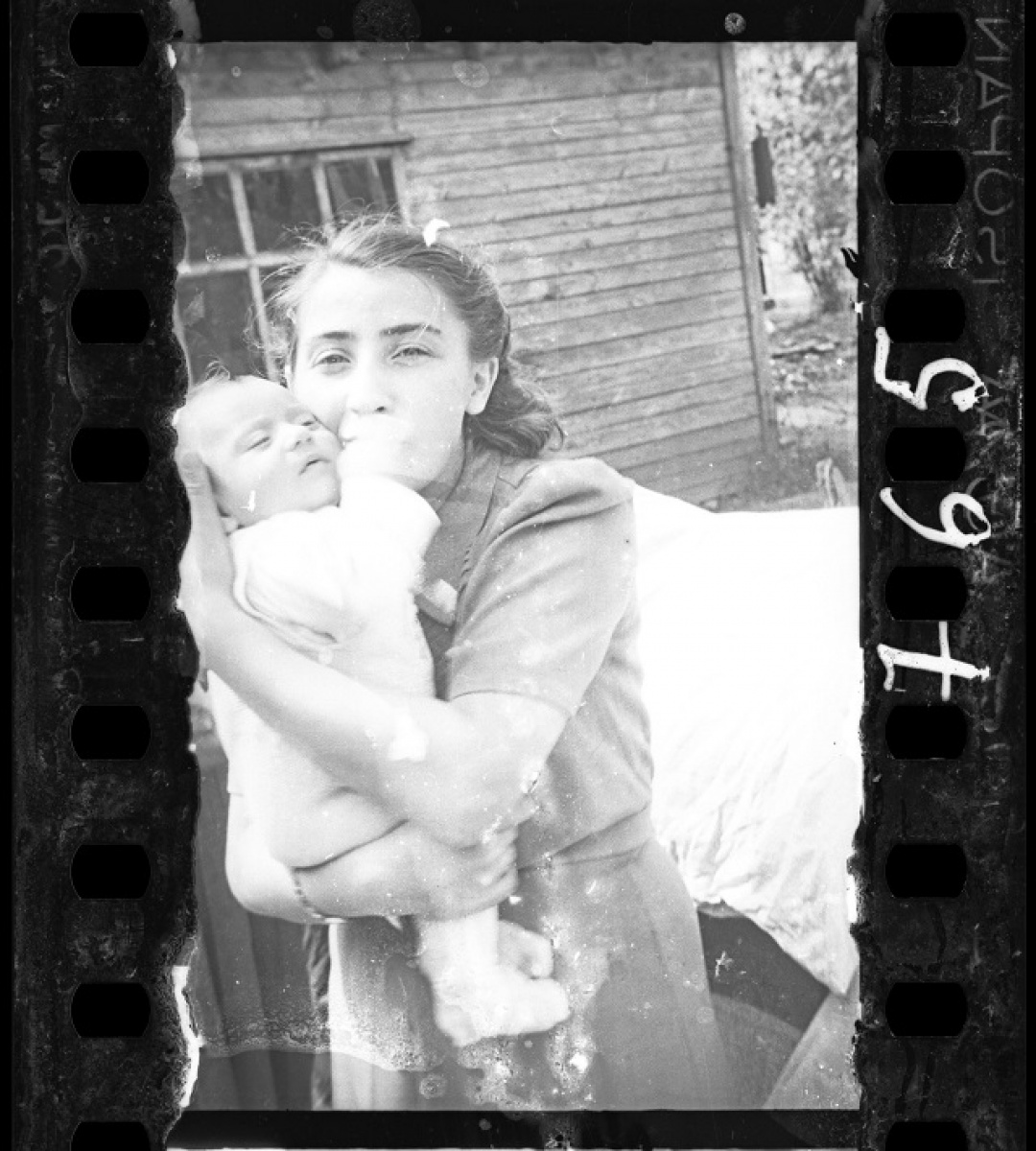 Since 2015, the exhibition has travelled to the Museum of Fine Arts in Boston and the Museum of Jewish Heritage in New York. In November 2018, simultaneous exhibitions, opened in Portland – Memory Unearthed at the Portland Art Museum and The Last Journey of the Jews of Lodz at the Oregon Jewish Museum and Center for Holocaust Education. Photos by Ross appeared in both exhibitions, which were curated by Maia.

Each time the exhibition opened at a new venue, Maia received messages from people who have found themselves or family members in Ross’s photographs, and from many who are searching for familiar faces. “One of the most extraordinary aspects of the project has been the personal stories that have emerged from families of survivors, and how these remembrances have enriched Ross’s visual account,” she said.

Asked why she thinks the exhibition resonates so deeply with audiences, she replied: “The exhibition illustrates the story of struggle and survival. It feels very relevant in the political state of the world these days.”

Interested in learning more? Check out the online archive.