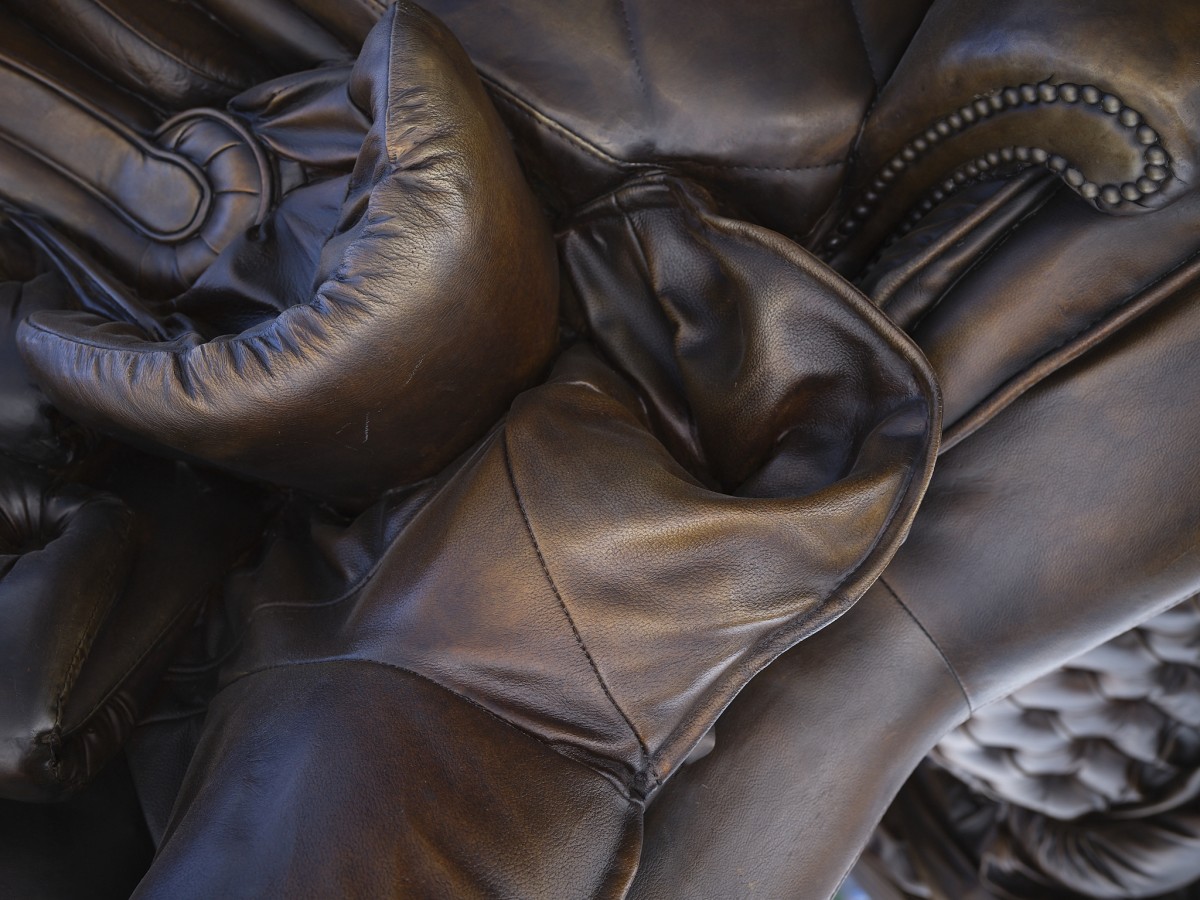 The AGO’s first-ever public art commission, Brian Jungen’s Couch Monster: Sadzěʔ yaaghęhch’ill, is now at the corner of Dundas and McCaul Streets. The work arrived in Toronto in June 2022, and at the artist’s request, the installation was blessed in an intimate ceremony led by Dr. Duke Redbird, an Member of the Saugeen First Nation, ahead of its public reveal.

Redbird recited an original poem for an intimate crowd, dedicating it to the new sculpture.

Take a look at his poem below, entitled A Dish With One Spoon.

The passenger pigeons rested in MIMICO
And to the west where the Great waters flow
The lake and lands were called ONTARIO
The eagle soars high with prayers for MANITOU
The MISSISSAUGA people smudge
And launch their birch bark canoes
Three sisters: corn, bean and squash
The planting season has begun
Tobacco is offered a gift to Grandfather sun
Sage, sweetgrass and cedar to Grandmother moon
There is peace, joy and contentment
In the treaty lands called
A Dish With One Spoon

Canada tier 3a with FedDev link

Public talks related to the commission are presented as part of ArtworxTO:

Support for the publication provided by: