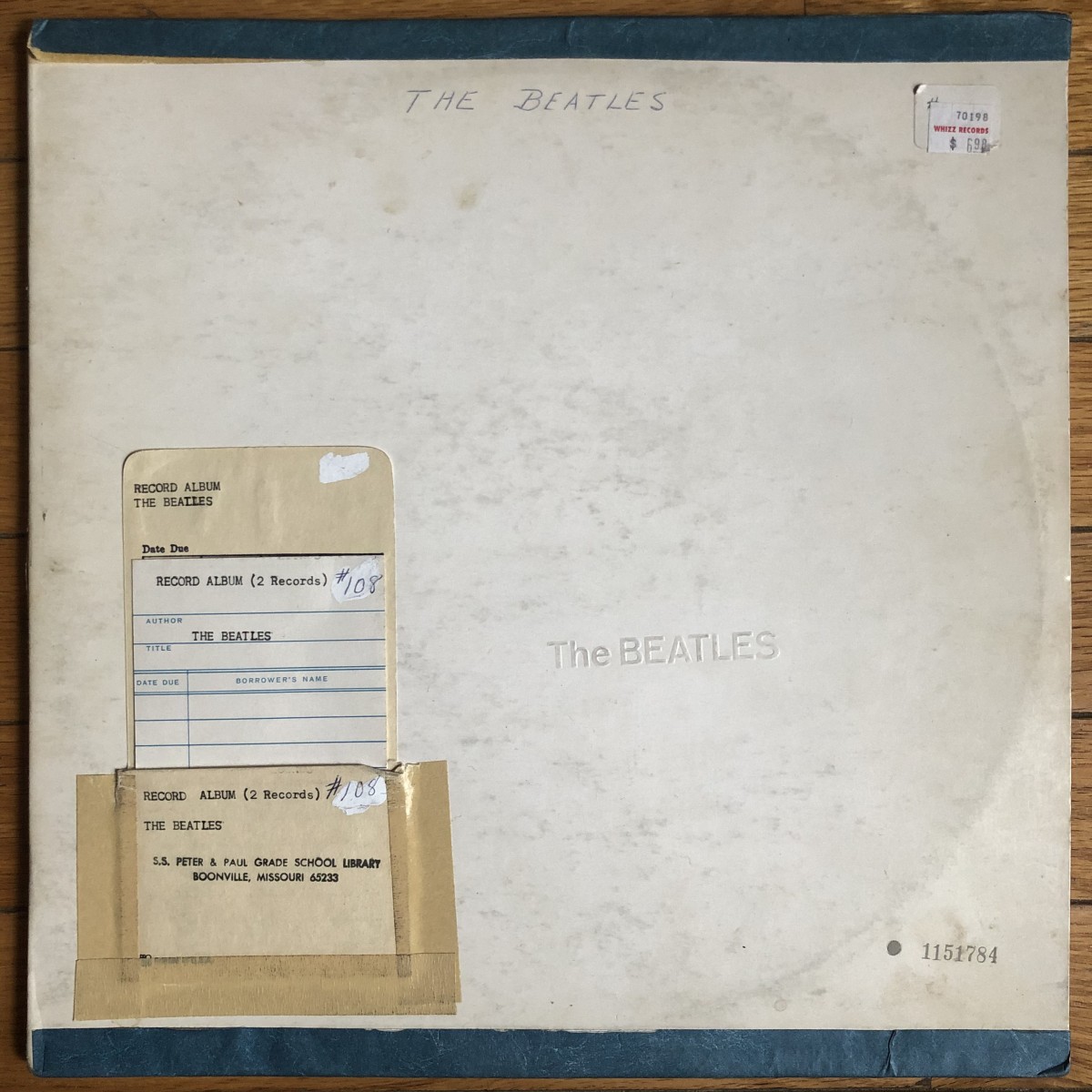 In 1968, The Beatles released their ninth studio album, a self-titled double LP, better known as The White Album. Widely regarded as one of the bands’ best and one of the greatest albums of all time, it clocks in at over 90 minutes and includes instantly recognizable songs such as Dear Prudence, While My Guitar Gently Weeps, Blackbird and more. Its album sleeve is intentionally understated – stark, plain white, the first pressings embossed with the band’s name and a serial number. The design, conceptualized by British artist Richard Hamilton, was made to contrast the colourfully trippy artwork of The Beatles’ previous studio release Sgt. Pepper's Lonely Hearts Club Band (1967), signalling that the quartet was veering in a very different direction, musically.

Fast forward decades later to the early 2010s, and New York-based conceptual artist Rutherford Chang begins collecting as many numbered first editions of The White Album as he can, as part of his ongoing project We Buy White Albums. He thinks of each copy as more of an object than as an album, intrigued with how they’ve aged with time and been altered in distinct ways by their previous owners. “Millions of these identical white canvases,” Chang explained back in 2018, “went out into the world 50 years ago and have all become these artifacts of where they’ve been”. Chang collects White Albums in all conditions. The sleeves are more off-white than white these days. Most are scuffed up with a faint circle in the centre, outlining the vinyl discs housed inside the packaging. Some are personalized with doodles and handwritten notes, others marked with coffee stains and edges cobbled together with tape. Every copy has a story to tell, and to date, Chang has just over 3,000 of them posted on Instagram at @webuywhitealbums. “Poor condition albums are not necessarily more desirable,” explains Chang to AGOinsider, “Rather it's the differences between every unique copy in this massive edition that make the collection interesting.” 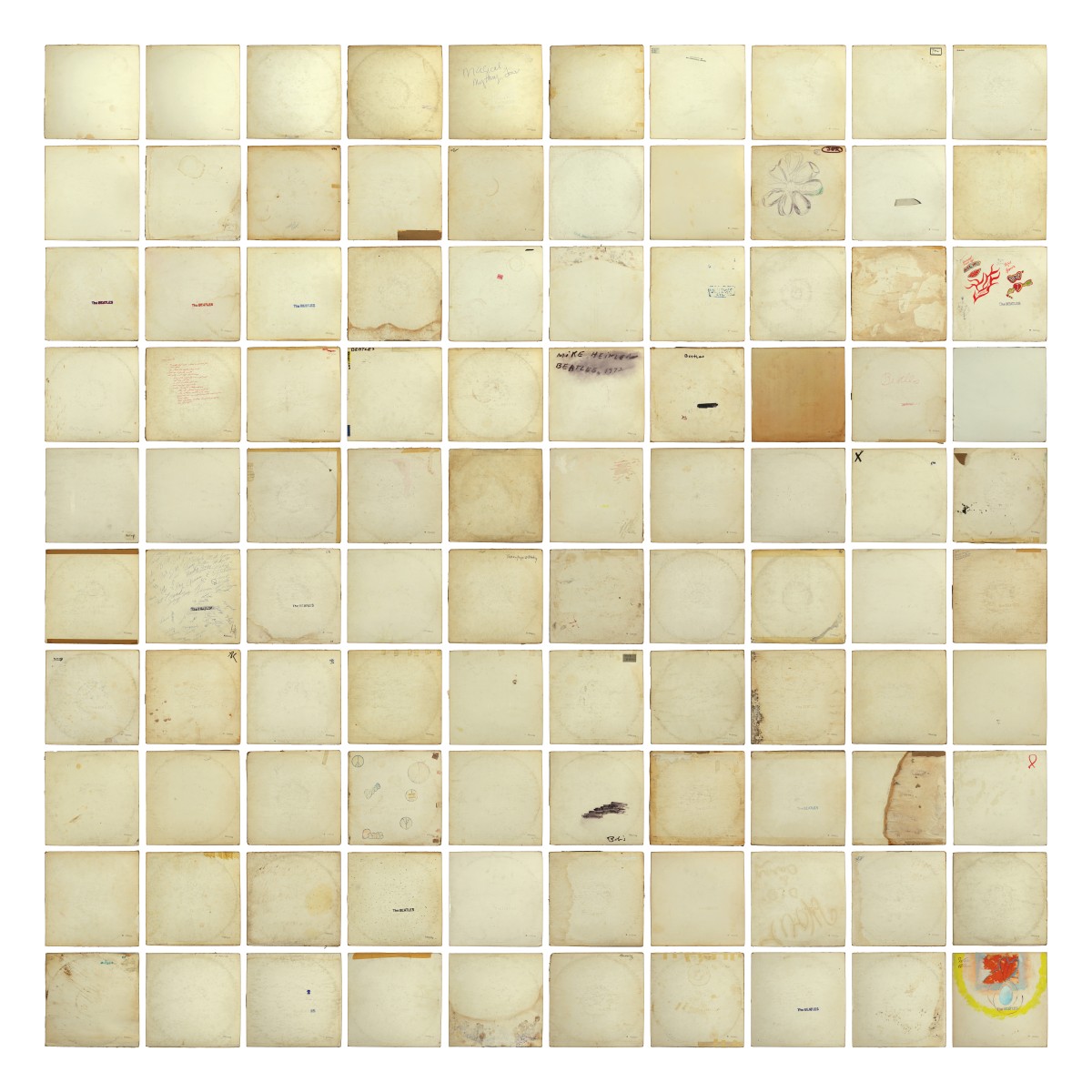 “I usually don't personally know the previous owners, but there can always be an imagined story based on the current condition of each copy. For instance, this album [here on Instagram] was signed by all members of the band (as well as others) on November 23, 1968, in what appears to be the same handwriting.”

Audio formats have become progressively digitized since the 1960s – from vinyl to cassette tapes, CDs and now mp3s – and We Buy White Albums also speaks to this shift and the diminishing tangibility of music sharing. Taking the concept a few steps further, Chang has digitized 100 White Albums from his collection and synced them together to make a single mixed version of all four album sides – listen to Side 1  here. Each vinyl disc has been weathered by the hands of time as well and plays in its own unique way. The result is a beautifully haunting composition that begins clear enough (Dear Prudence is a standout from Side One) but eventually becomes cacophonous.

As part of I AM HERE: Home Movies and Everyday Masterpieces opening at the AGO on April 13, 200 White Albums from Chang’s collection will be on view, along with a listening station playing the mixed composition on an auto-repeat enabled turntable, which will play a different side of the album each day. Bringing together personal archives and collections into the museum space alongside a whole host of other artworks, I AM HERE ventures inside some of our most vulnerable moments as humans, obsessive inclinations and impulse to self-document through varied means and media. We Buy White Albums is featured as part of the My Favourite Things portion of the exhibition, highlighting the practice and joys of object collecting.

Included in General Admission, I AM HERE: Home Movies and Everyday Masterpieces is free for AGO Members, holders of the $35 Annual Pass, as well as visitors 25 and under. The exhibition is co-curated by Jim Shedden, the AGO’s Manager of Publishing, and Alexa Greist, AGO Associate Curator and R. Fraser Elliott Chair, Prints & Drawings, with consulting curator Rick Prelinger. Keep reading AGOinsider for more stories about the exhibition.