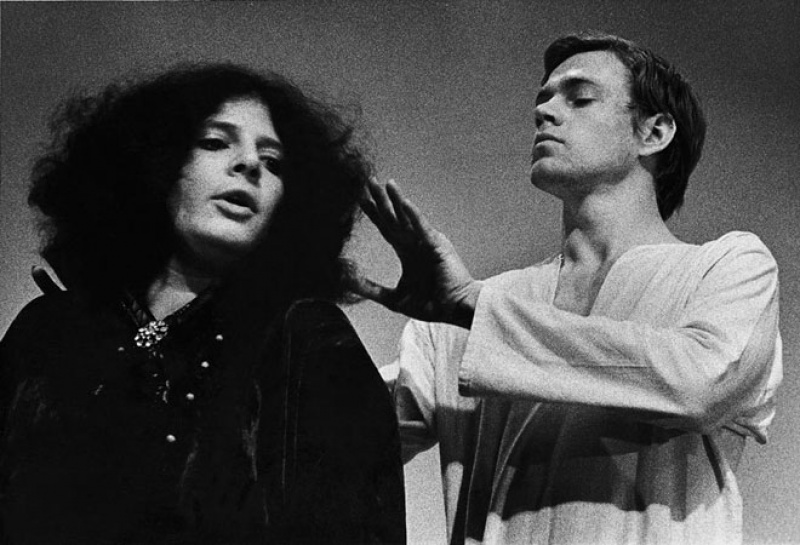 Performance (Untitled)
Tom Dean, 1974, 18:30 min, video, b&w, sound
The performance consists of three integral parts: A duet from the seduction scene of the opera Don Giovanni sung with chanteuse/artist Marshalore, a solo tap dance to the music of "School Days" by six girls in costumes painted by Dean, and a three-round boxing match. The production establishes an altered relationship to the event, the camera recording Dean in close proximity and witnessing as well as the awakening and conflicted response of the audience as an apparently light-hearted performance assumes a darker colouring. The performance was recorded live at the Musée des art contemporains, in Montreal, Canada, and subsequently edited by Dean from footage of both performance and rehearsal.

The Myth of the Fishes
Rhonda Abrams, 1985. 7:30 min., video, colour, sound
A woman enjoys her first fishing trip, until a fish is caught and she is pressured into killing it. Fishing is a common activity that provides a rare opportunity for the hands-on experience of killing.

Making a Scene
Martha Davis, 1984, super 8, colour, sound
Offers passersby the opportunity to don a mask and become either an elephant or a mosquito. A look at people's inhibitions.