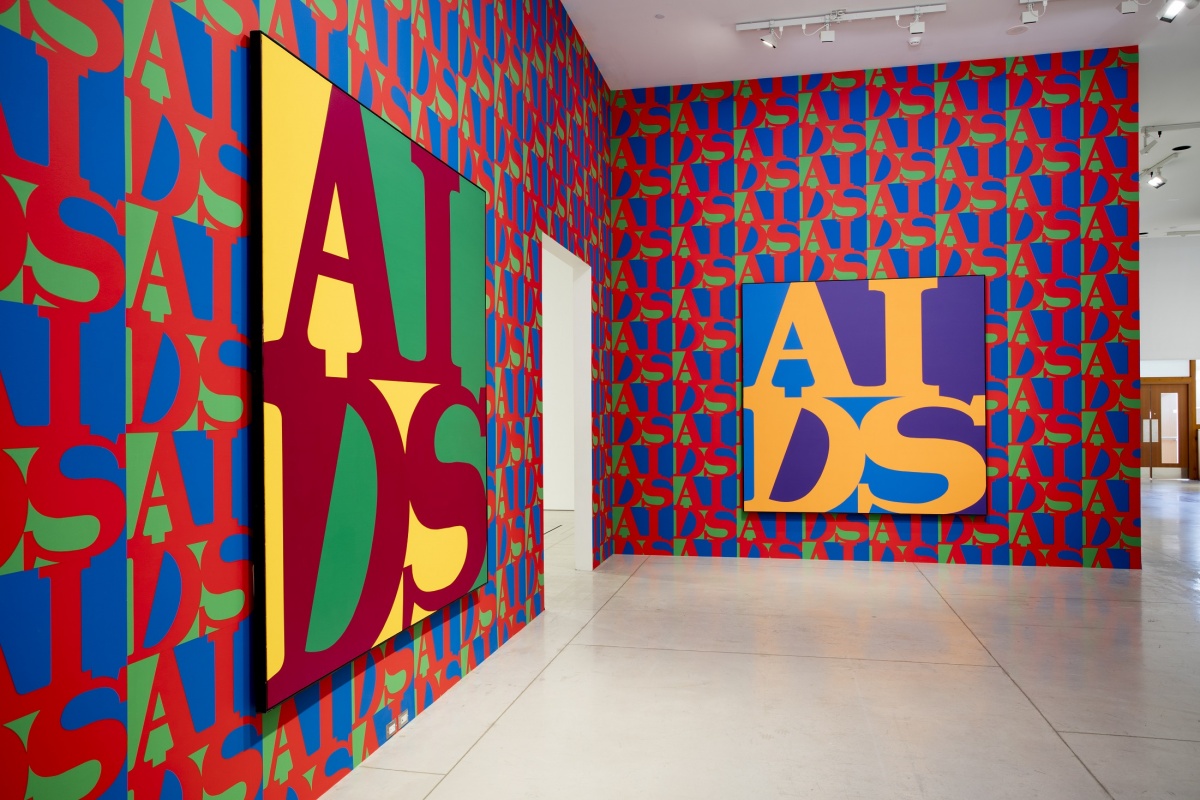 Much of our current global situation feels unprecedented. However, COVID-19 is not the first disease to send shockwaves through our communities. The AIDS epidemic of the ‘80s and ‘90s, like COVID-19, hit indiscriminately but affected vulnerable members of society the hardest. At the time, amidst an inadequate public response largely rooted in homophobia, many artists felt compelled to create work aimed at raising critical awareness about the crisis. With AIDS (Installation), General Idea did this with a resounding impact, which continues to echo today.

In 1988 they created their famed AIDS (Installation), which became an iconic and timeless symbol of arts-based activism. The wallpaper’s repeated logo is based on the artist Robert Indiana’s well-known LOVE motif of the mid-1960s, which General Idea referenced, utilizing the icon’s familiarity to communicate a message relevant to a new historical moment, as AIDS was becoming a national crisis.

In a recent interview in Monopol magazine, AA Bronson discussed the similarities between COVID-19 and AIDS, reminding us that it is again the poor and disadvantaged who will suffer the most. He says “I was fascinated by the COVID-19 epidemic from the start. I think it has a lot to do with the work we did with General Idea on AIDS. But only when people in the West started to die did I realize that my community was being targeted a second time. In the early 1990s, I lost almost all of my friends and acquaintances, and now it is my generation that is most at risk from COVID-19. The main difference is that my friends are much younger than me now, so I'm the endangered species, so to speak.”

While the current pandemic presents a number of similarities with the AIDS crisis, Bronson also outlined some significant differences, specifically the media and governmental responses he has observed, stating “COVID-19 is followed in great detail by the mainstream media and there is a lot of coverage. Politicians take action in different ways and with varying degrees of success. In the case of AIDS, the disease was hardly mentioned in the media except as a curiosity, and it took medicine a long time to get any kind of comprehensive action.”

AIDS (Installation) is part of the AGO Collection, and upon the Gallery’s reopening will be located on Level 4 (Gallery 401) in the Mira Godard & Reginald Bennett Gallery.