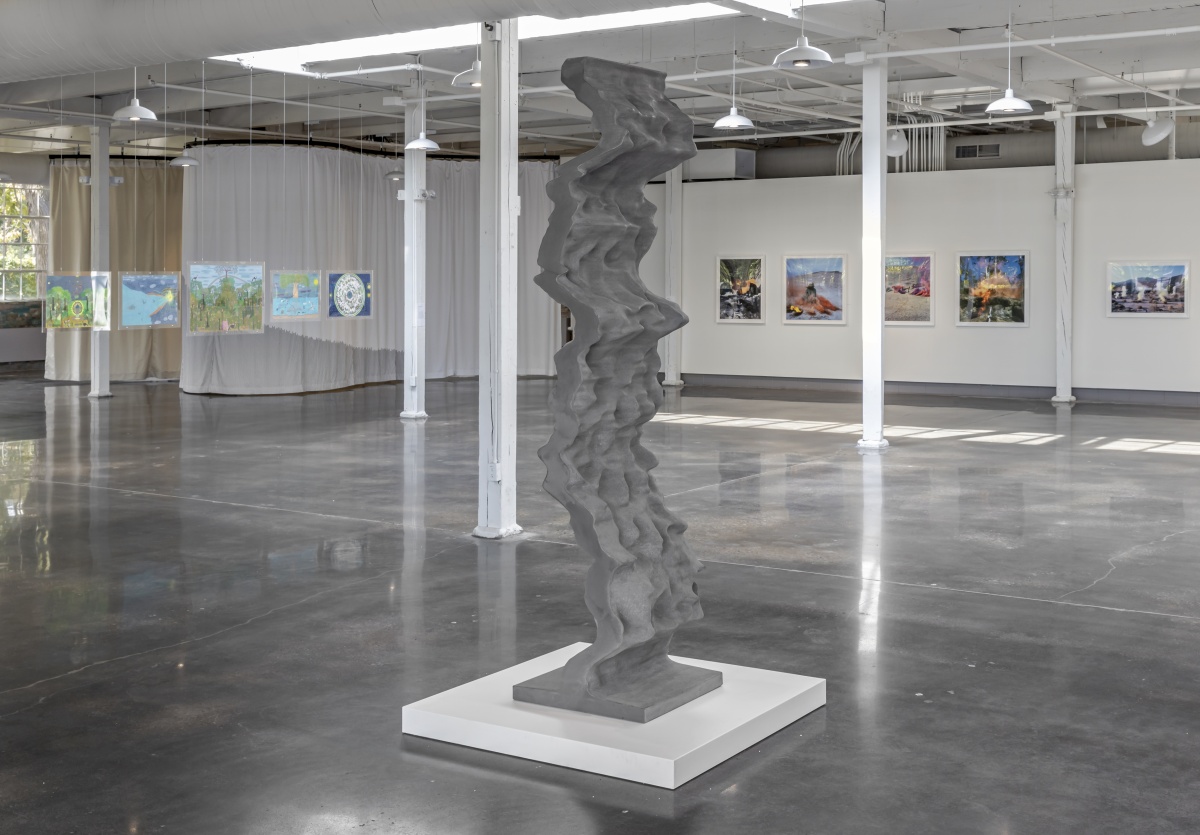 The inaugural Toronto Biennial of Art, held in 2019, was an exciting first for the city. Curated by Candice Hopkins and Tairone Bastien, it showered the city with 72 days of free art at unique sites across the GTA, attracting nearly 300,000 visitors. Entitled The Shoreline Dilemma, the Biennial featured 161 artists and performers. Among highlights of the exhibition were new artworks by artists Caroline Monnet and Laurent Grasso. Commissioned and supported by the Biennial, these artworks have recently come into the AGO Collection, a lasting legacy of that moment, ripe with potential.

An internationally renowned artist of Algonquin-French heritage, Caroline Monnet explores colonial histories and Indigenous representation through film and installation. Produced for the Biennial, in The Flow Between Hard Places, (2019), the first work by Monnet to enter the AGO Collection, she gives shape to sound, capturing in cement a three-dimensional soundwave more than two metres- tall. The sound? The Anishinaabemowin word pasapkedjinawong (“the river that passes between the rocks”), as spoken by Elder Rose Wawatie-Beaudoin.

Monnet is no stranger to that river – it’s the one her ancestors travelled, in the 19th century, from their home of Kitigan-Zibi Reserve to Toronto to deliver a letter to Lord Elgin so that parts of their traditional territory could be returned to them. As Monnet explains, “I love the idea of travelling a distance to have a voice and be heard, and that’s why I wanted to materialize sound into a monument.”

The sculpture has a built-in soundtrack, and from it comes the sounds of white noise, water rippling and a voice repeating the word pasapkedjinawong. “It’s important for people to have different types of monuments,” Monnet remarks. “In this case, the idea of using a sound and materializing into a sculpture that can become a monument is interesting, as is representing water as a monument… It’s also quite contemporary, because we need those movements still today, when it comes to the environment, Indigenous rights, or any human rights around the world – we need people who are willing to travel that distance to be heard.” 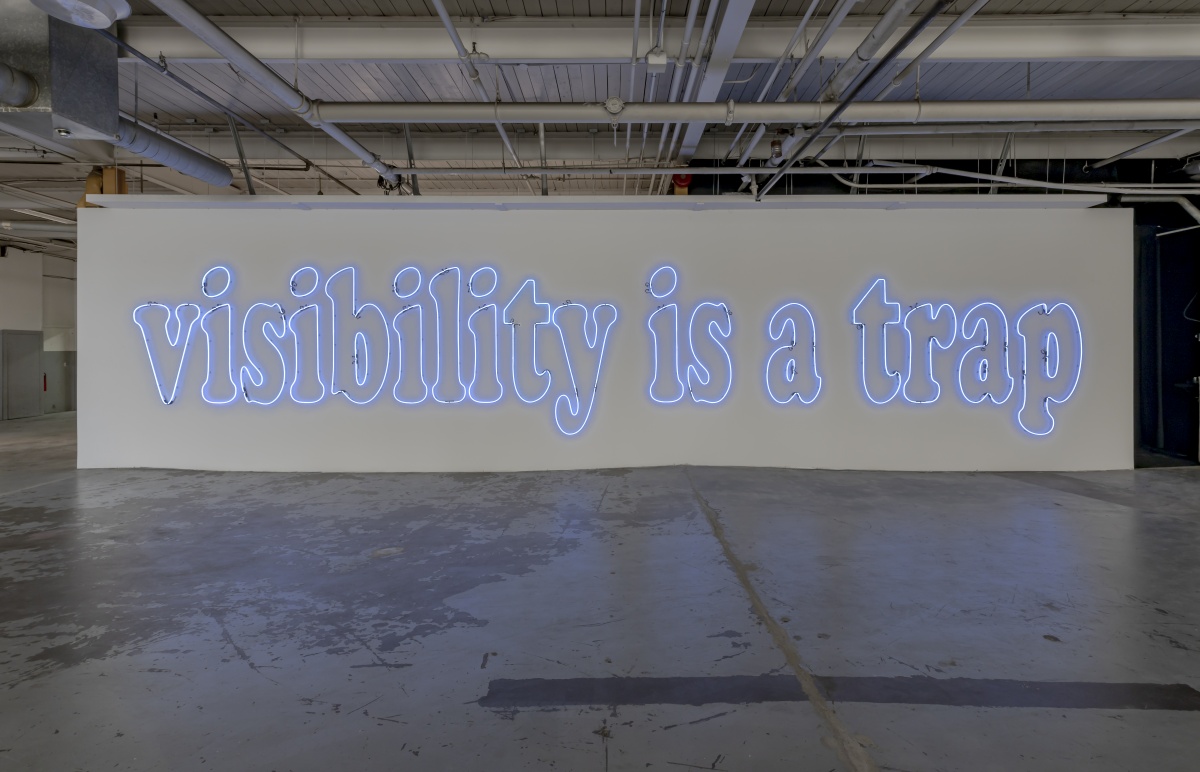 First shown at the Jeu de Paume Museum in Paris in 2012 and subsequently at the Musée d’art contemporain de Montréal in 2013, Visibility is a Trap is an iconic work by esteemed French artist Laurent Grasso. The artist was invited to produce a new iteration of his neon sculpture for the 2019 Toronto Biennial of Art. Measuring more than nine metres long, the sculpture gives form to the ideas of famed French philosopher Michel Foucault in cool blue neon, mounted on a white wall. Visually and conceptually arresting, it simultaneously illuminates visitors while confronting them with a statement whose truthfulness they must test on their own. For Grasso, an artist who explores surveillance and observation through various forms of media including videos, painting, photography, neon works, as well as sculpture and architecture, the interplay between the viewer and the object is key.

The idea Grasso invokes is from Foucault’s 1975 book about prisons, Discipline and Punish, in which he describes the tension between seeing and being seen. “He who is subjected to a field of visibility,” wrote Foucault, “and who knows it, assumes responsibility for the constraints of power.”

In Grasso’s hands, that idea comes vividly to life when viewers contemplate their own visibility as illuminated by the work. Grasso is a recipient of the Meru Art*Science Award, the Chevalier de l’ordre des Arts et des Lettres and the Marcel Duchamp Prize; this is the first work of his to be acquired for the AGO Collection.

The Toronto Biennial of Art will return in March 2022, and we couldn’t be more excited. For more information, visit https://torontobiennial.org/. And for more stories about contemporary art in Toronto, be sure to subscribe to the AGOinsider.