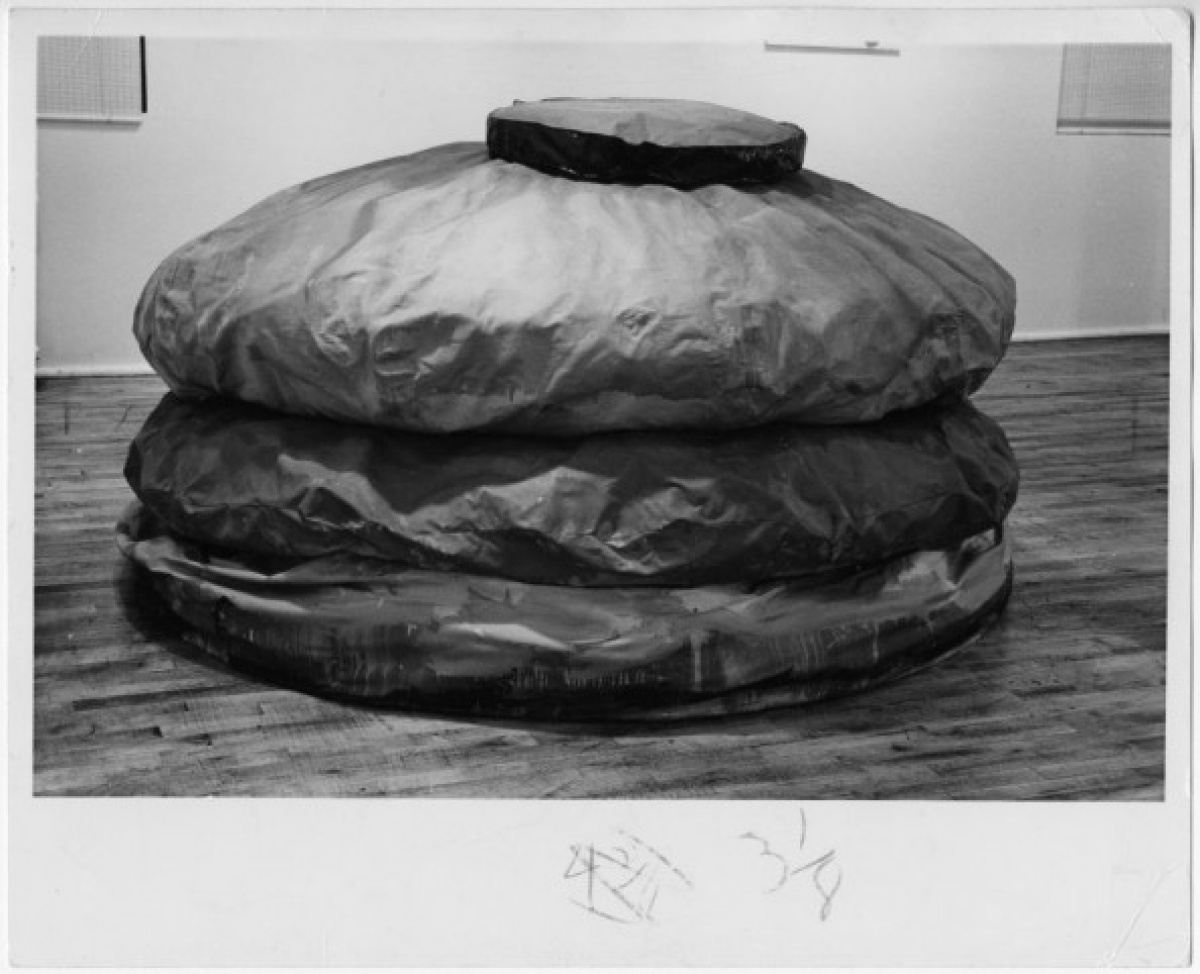 An early photo of Floor Burger from the Sidney Janis Gallery

In a previous post, we told you that over the coming months AGO conservator Sherry Phillips will work to restore Claes Oldenburg's Floor Burger (1962). In upcoming Conservation Notes stories we will be following Sherry's progress, but before that we're looking back at the sculpture's history. Below, AGO interpretive planner Shiralee Hudson Hill describes Floor Burger's dramatic arrival at the Gallery more than 45 years ago.

Floor Burger acquired in a ketchup swirl of controversy 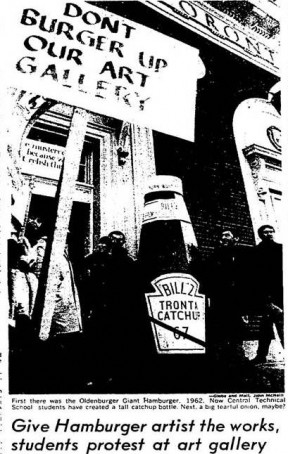 The AGO purchased the Floor Burger from the Sidney Janis Gallery in New York on Jan. 27, 1967, for $2,000. The work, created in 1962 by pop art pioneer Claes Oldenburg, was initially titled Giant Hamburger.

Perhaps already worried about potential controversy that would ignite regarding the acquisition of a giant canvas hamburger, the original AGO press release from Feb. 4, 1967, includes a quotation from then-director of the AGO, William J. Withrow, which states, “The Giant Hamburger has been bought with funds donated and ear-marked specifically for the purchase of contemporary Canadian and American Art. Never in the history of the Art Gallery has one cent of tax money ever been spent on the purchase of a work of art.”

Contemporary art is often controversial, and Floor Burger was no exception. Students from Central Technical School’s art department created a nine-foot-high ketchup bottle to protest the acquisition of Oldenburg’s work. Fifty students, along with their teachers, then cheerfully paraded the bottle in front on the Gallery along Dundas Street. They then tried to donate the bottle to the AGO.

Brydon Smith, the curator of modern art, told the Globe & Mail that “the students’ action was marvelous. This sort of art should be controversial,” but said they could not accept the bottle because it was not considered an important and original work of art.

In an interview published in The Toronto Telegram on Feb. 9, 1967, Withrow explained, “A museum attempts to document various turning points in history. The Hamburger represents Oldenburg’s introduction of soft sculpture. You’ll find the first plane ever made in a museum, but if someone made a plane like it today, no museum would want it.”

The artist himself even commented on the student protest: “This doesn’t hurt my feelings at all. My work is going to get old soon enough. Perhaps they will come my way.” Oldenburg also added: “They should have made it out of something soft.”