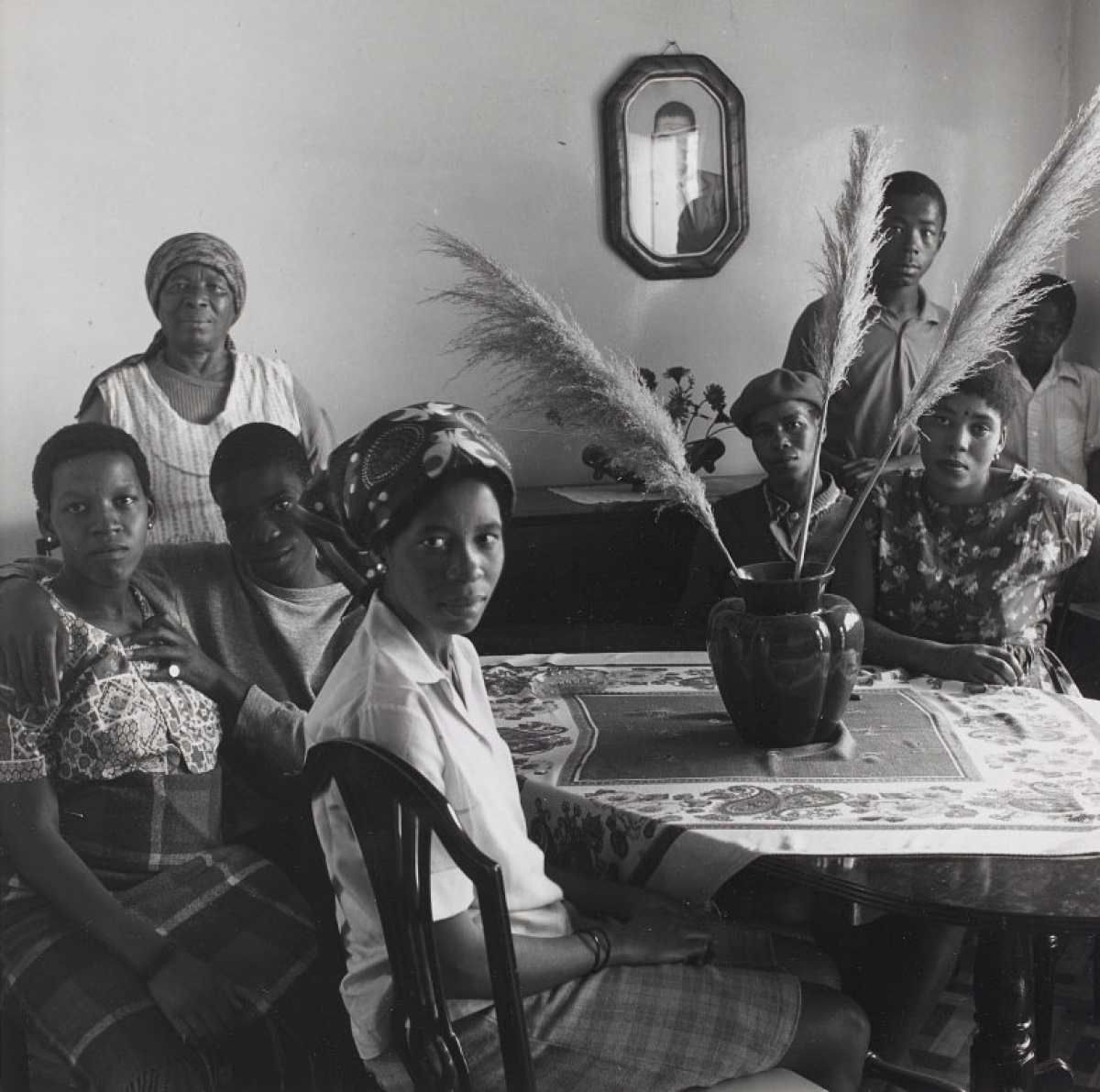 South African apartheid lasted 44 years (1950 – 1994). It was ultimately disbanded due to the tireless resistance efforts of Black South Africans and their allies—many of whom were artists creating work about the country’s grim injustices. Documentary photographer David Goldblatt (1930 – 2018) was one of those artists, extensively documenting a broad spectrum of South African life during the apartheid regime. Eight of his prints from the early 1970s are part of the AGO Collection, and are featured in Documents, 1960s – 1970s.

Born in 1930 in Randfontein, South Africa, David Goldblatt was the grandson of Jewish-Lithuanian immigrants who arrived in the country in the late 19th century. His interest in photography started when, as a teenager, his father gave him a camera, and by the early 1960s he began a professional career. Goldblatt’s work is defined by the way it describes the lived experience of South African citizens during apartheid—not by directly showcasing physical violence or conflict, but by organically documenting community life. Together, his photographs illustrate a stark contrast between the Black and White experiences, exploring the comprehensive effects of extreme racial injustice.

Goldblatt’s most notable work was done in and around Johannesburg in the '70s. For his well-known series Soweto (1972), he spent six months photographing Black life in the marginalized South African township—documenting the very living conditions and social realities that were the impetus for Soweto’s historic student uprisings later that decade. As a White photographer, it was quite uncommon at the time to be granted access to Soweto. Goldblatt’s presence there spoke to both his genuine relationships within the community as well as the degree of care with which he conducted his work. All eight of his prints acquired by the AGO in 2016 are from this period.  At 581 Mapetla, Soweto (1972) (image above) features eight people in what appears to be a dining room. Presumably, they are members of the same family (or acquaintances), posed in two equal clusters on either side of a dining table. As in many of Goldblatt’s photographs, his subject’s facial expressions carry the subtle contrast of a slight smile (possibly reflecting the lightness of this photographic moment) and a deeper gaze; one that seems to hold the immense weight and complexity of life in Soweto during apartheid.

In his series Boksburg (1979 – 1980), Goldblatt addressed the privilege and complicity with apartheid inherent in his social location as a White South African. He photographed instances of regular mundane life in the White-only suburb of Boksburg, South Africa. Given that the realities of life in his hometown of Randfontein were not dissimilar from Boksburg, this series marks a crucial moment of self-critique for Goldblatt, while providing an important document of the lives of those directly benefiting from the apartheid regime.

David Goldblatt’s photographs can be found in major museum collections worldwide and have been exhibited extensively in solo and group exhibitions. He received numerous major awards for his important work, and in 1989 founded the Market Photography Workshop in Johannesburg to teach photographic skills and visual literacy to youth.

These powerful prints and others are part of Documents, 1960s – 1970s, which will be on view at the AGO when we reopen.