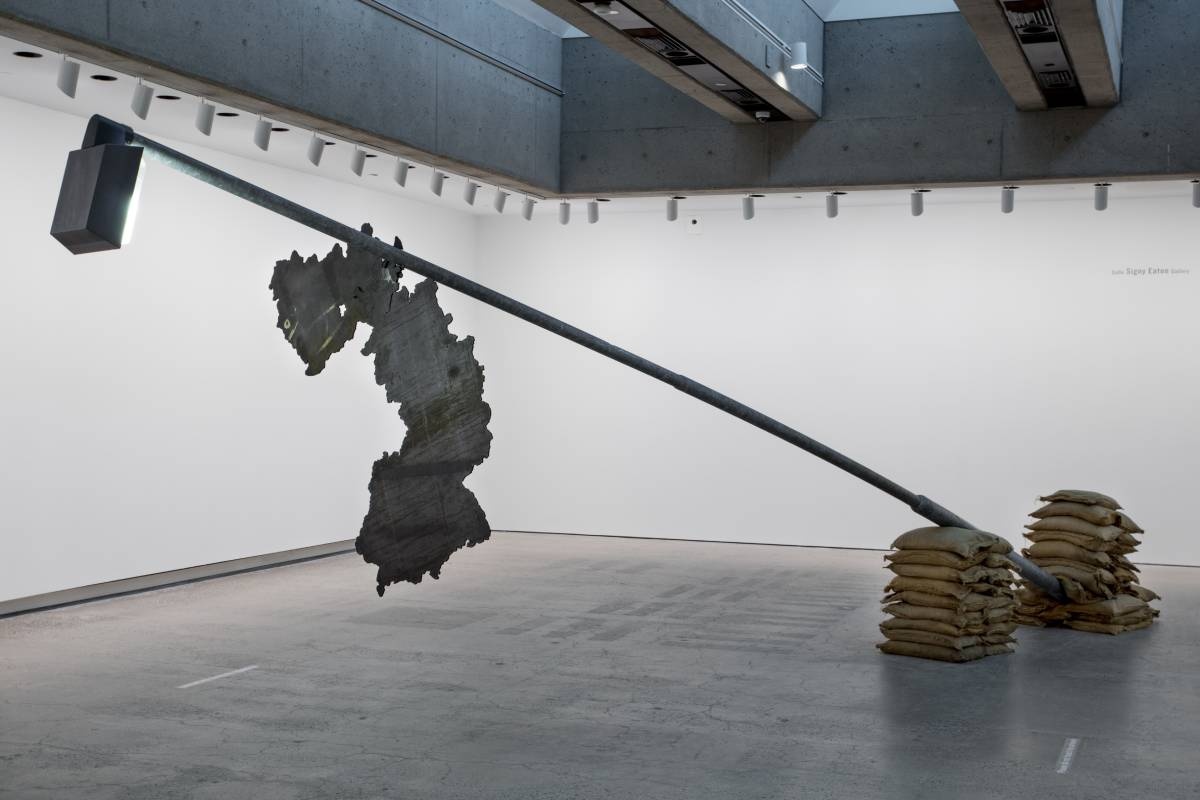 As you enter Signy Eaton Gallery on Level 2 at the AGO, you’ll see a long iron pole slanting upward from a pile of sandbags. Near the top of the pole, two steel slabs are bolted together with a streetlight shining a spotlight. On the other side of the room, burlap sacks and steel shelves are stacked with pieces of wood and plaster fragments of sculpture. These large sculptural installations are, respectively, La Germania by Luciano Fabro and Untitled by Jannis Kounellis. Together they make up Arte Povera, our latest and last installment of Look:Forward, a display that focuses on the Italian Arte Povera movement.

In 1967 Italian art critic Germano Celant created the term Arte Povera (which translates to “poor art”) to describe artists active in Italy who created work that was counter to the modern and minimalist styles of the era. By using everyday materials like soil, rags and other scraps in their works, the Arte Povera artists critiqued technology and the commercialization of art. The revolutionary spirit of the artists comes in response to the politically charged atmosphere of postwar Italy, which in the late ‘60s and early ‘70s suffered economically, leading to riots, labour strikes and student protests.

Both of those works showcase the political ideas and artistic goals of the Arte Povera movement. Fabro’s La Germania uses steel slabs in the shape of East and West Germany to try and put together the puzzle of the divided country and reflect the realities of postwar Europe. For Untitled, Kounellis takes pieces of wood and fragments of sculpture to create the feeling of fragmented European life and culture postwar, and the desire to rebuild.

In 1985 Celant guest-curated a landmark exhibition at the AGO, The European Iceberg: Creativity in Germany and Italy Today, that featured numerous Arte Povera artists, who were
relatively unknown in North America at the time. It was from this show that a number of Arte Povera works were acquired by the AGO, some of which have not been on display since.