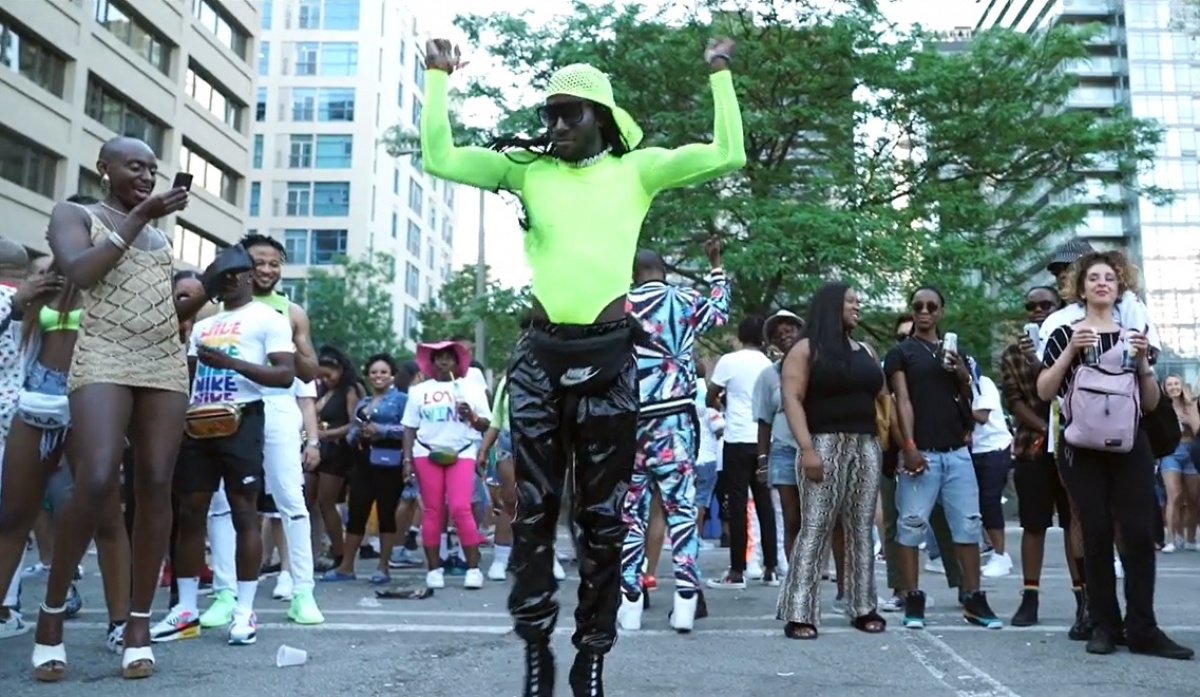 Toronto’s annual Pride celebration is one of the biggest and most recognized globally. Much of the festival’s growth and evolution has been largely driven by 2SLGTBQ+ Communities of Colour – especially the Black community. For many years, Black contributions, though immense, were not adequately represented in Toronto Pride planning and programming, prompting Toronto-based community collective Blackness Yes! to spring into action.

In 1998 they founded Blockorama as a space-making strategy for Black community members attending the Pride parade. After almost 25 years, a makeshift block party formed out of necessity has blossomed into a massive annual celebration of Black Queer culture and liberation. Every year on Pride weekend Sunday, Blocko welcomes thousands of attendees and showcases a star-studded performance lineup with local favourites and iconic headliners. SWV, Big Freedia and Crystal Waters are three of the event’s top-billing acts from recent years.

This past Sunday, Blackorama celebrated its 23rd anniversary digitally with an exciting line-up of local-favourite DJs and performers going back-to-back in a three hour livestream. We caught up with two Blackness Yes! core members – and central organizers of Blockorama – Syrus Marcus Ware and Nik Red to learn more about the inception, highlights and future vision of the legendary Toronto event.

AGOinsider: For those who don’t know, could you share Blockorama’s inception story?

SMW: Blockorama began in 1998/99, when a team of Black activists and artists gathered and decided it was time to have a Black presence in the parade – something that was missing from a decidedly whitewashed festival. The parade was already full, so Blackness Yes!, this newly formed committee, hosted a block party in the edge of the Wellesley Street parking lot. That day we had DJs and dancing and the beginnings of almost 25 years of Blocko magic.

Blocko grew in the parking lot until 2006, when it was moved by Pride. After a series of moves and a community push for a permanent home for Black communities at Pride, we eventually came “home” to the parking lot, this time taking the full space and with line-ups from Yonge Street to Jarvis Street.

Blockorama is now the longest running and largest stage at Pride, and it is a space of Black-affirming possibility. We have a community marketplace, a harm reduction and chill-out zone, a raised and beautiful disability viewing area and a stage show full of 11 hours of performance, song, drag divas, DJs and all of it is ASL interpreted.

NR: When community members (Douglas Stewart, Junior Harrison, Courtnay McFarlane, Angela Robertson, Dionne Falconer and Jamea Zuberi) approached Pride Toronto about accessing a third of the under-used Wellesley Street parking lot to create a”Blocko”,  there was very little resistance from Pride Toronto. This gathering of Black, Queer, and Trans community members within a few years transformed into the place to be on Pride Sunday. I remember going to the parking lot early in the day and helping out and then DJing – it was magical.

At that first Blockorama, we were blessed with a wide variety of Afro-diaspora beats and voices from house to hip hop, from dancehall/soca to Afrobeat. This was the first time that these genres were presented together on one stage.

AGOinsider: Given your long tenure organizing Blockorama with Blackness Yes!, can you each share one of your favourite Blockorama moments from over the years?

NR:  There are many sweet moments that resonate with me. The first time I saw Duchess perform Bajan soca on stage it was surprisingly moving. Identifying as Bajan-Queer had been part of me since coming out in high school and here was someone onstage celebrating that and it filled me with so much joy. As one of the people responsible for programming artists at Blocko, I was fortunate to program some of my favourite artists that got me through my queer teens – SWV, Crystal Waters, Quentin Harris, En Vogue, Allison Hinds and Black Queer artists who inspired me,  like Deep Dick Collective, Dred Gerestant, and Big Freedia. However my fondest memory was the year rain came and it was so heavy we had to stop the show because we did not have a fully covered stage. With lighter rain, it was like a sunshower, and we decided to go on with the show. I had the nerve-wrecking task of DJing to a very wet smaller crowd. I played the track “Days Like This” by Shaun Escofffrey and, like the song, the sun came through and everyone felt the rays.

SMW: My favourite memory is actually a series of memories – it's the early mornings. As the banner designer and site coordinator, I’m onsite first at 8:30 or 9 am Pride Sunday. During these early morning hours (mornings and late-night Pride celebrations don't always go together! LOL) putting up the banners and textiles, I get to hear our stage performers doing warm-ups and getting ready. I can remember being on a ladder hanging a big white and yellow banner that proclaimed Blockorama and listening to Diana King warm-up – the year she ‘came out’ at Pride. Or the year En Vogue did this killer warm-up during rehearsal to an audience of a few people – the set-up crew! Wild, magical set-up mornings.

My other favourite memory was when Destra performed – sending ripples of Queer support and love throughout the soca community. That year we had Black Deaf Interpreter Tamyka Bullen on stage interpreting the songs, and we had Destra waving a rainbow flag and showing her support. The crowd was in ecstasy! We’ve had some incredible headliners over the years – including SWV, Crystal Waters… so many great performers.

AGOinsider: Black Lives Matter Toronto’s 2016 Toronto Pride interruption was such a powerful moment in the struggle for Black Queer lives. In your opinion, how has Blockorama benefited and/or evolved as a result of that day?

SMW: Blackness Yes! co-wrote the demands that year. We asked for more support for Blockorama and BQY, and for more access at the festival – ASL interpretation and accessible stages. We also pushed for more Indigenous and Afro-Indigenous programming. Since that year, we’ve seen a moderate increase to our funds, but many of the conditions are still similar. My hope is that on this fifth anniversary of the demands – that were repeatedly voted on by membership and supported – that we will finally see some of the lesser-publicized demands being implemented, particularly around access and engagement of Deaf, Mad and disabled communities.

NR: There have been changes, such as intentionally created space for programming by Indigenous people and more emphasis on programming local artists. There is still a need for more accountability and transparency from Pride Toronto. Blackness Yes! is acknowledged and respected in some circles in Pride but this was never just about us and so it would be good to have the other demands be implemented.

AGOinsider: This event seems to grow exponentially every year. How do you envision the future of Blockorama? Expansion? Multiple cities? A festival?

NR:  We definitely need more space to grow and having to do two virtual Blockoramas during the pandemic has illuminated that expansion can transpire in many ways. The future may mean a multi-day Blocko or a road show or different cities. We want to explore all platforms and possibilities.

SMW: We are hoping to move to a two-day festival to get started! Would love to see Blockorama grow as we head towards our 25th year. A multi-day festival and a Blocko in multiple cities would be an incredible vision to dream into as we head forward together.