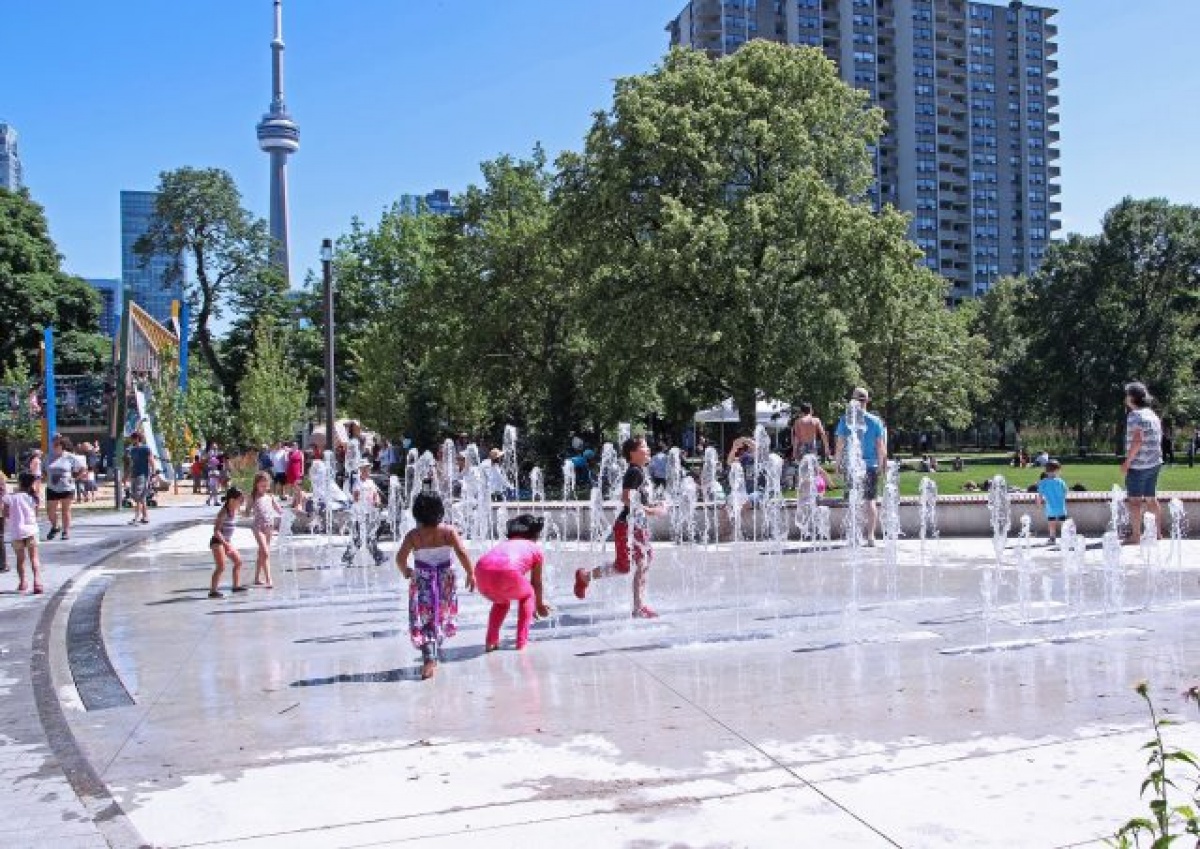 It’s the moment we’ve all been waiting for: Grange Park is officially open! The community-led revitalization project is now complete and the beloved inner city green space is back, and looking better than ever.

The park was celebrated last weekend with a community event that saw approximately 200 participants simultaneously cut an enormous, 600-ft. ribbon. Attendees enjoyed family-friendly entertainment, including art-making activities, music and even a magician! 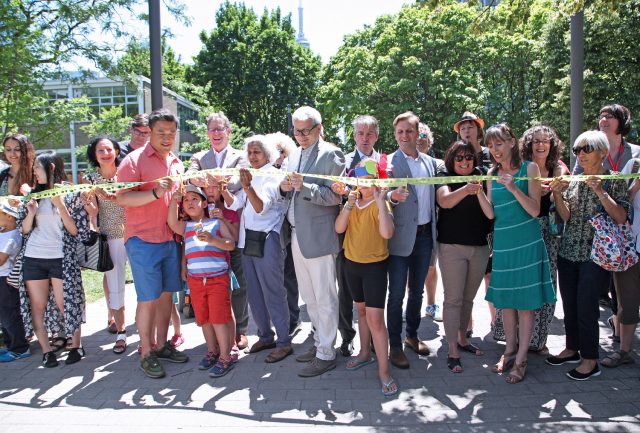 The park’s stunning transformation is the result of an unprecedented partnership between the AGO, the City of Toronto and the local community. The project was made possible by the generous support of The W. Garfield Weston Foundation and the City of Toronto. The involvement of other supporting donors ensured the project’s successful and timely completion, and generated the creation of a special endowment fund that will sustain the park’s maintenance for years to come. 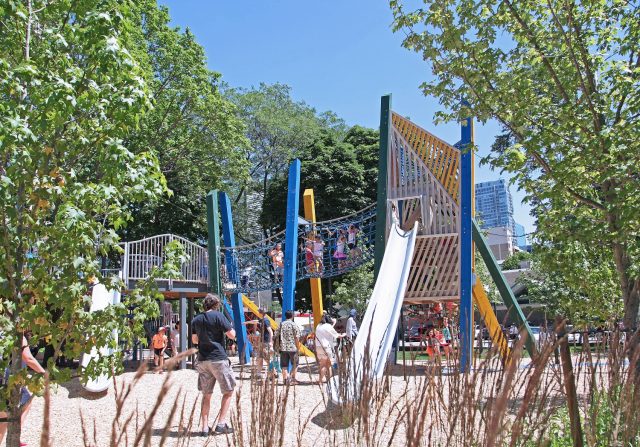 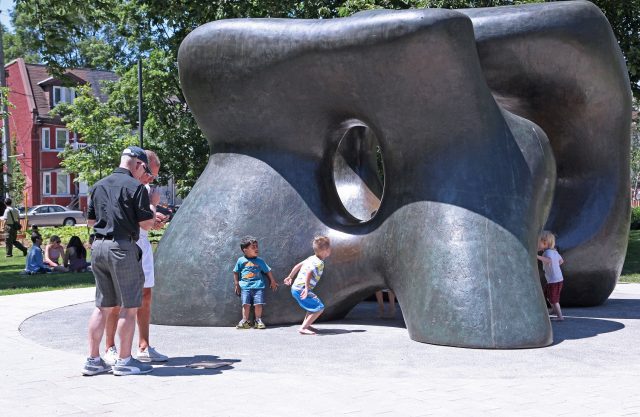 The Grange Park neighbours were the catalyst for the project, leading to the establishment of the Grange Park Advisory Committee (GPAC) in 2008, with representatives from the AGO, City of Toronto, neighbouring organizations and local residents. GPAC worked with the local community to develop a new vision for the park and kept the community engaged throughout the duration of the project. 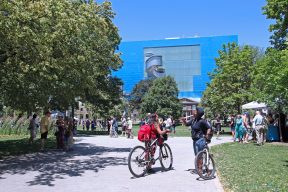 The landmark partnership established by GPAC will continue with the formation of the Grange Park Community Council, which will advise on the ongoing maintenance and management of the park. Grange Park continues to be operated by the City of Toronto as a public park and will now employ a full-time caretaker. The City’s annual maintenance funds for Grange Park will be enhanced by proceeds from the AGO’s Grange Park endowment fund.

Did you know?
Grange Park, a two-hectare green space in downtown Toronto, was originally part of the Grange estate built in 1820 by the Boulton family, who played an influential role in developing the young City of Toronto. In 1910, Harriet Boulton Smith bequeathed The Grange house and estate to the newly founded Art Gallery of Toronto for the purposes of building an art museum on the property. In 1911, the Gallery entered into an agreement with the City of Toronto to operate the land south of The Grange as a public park. This agreement still stands between the AGO and the City.