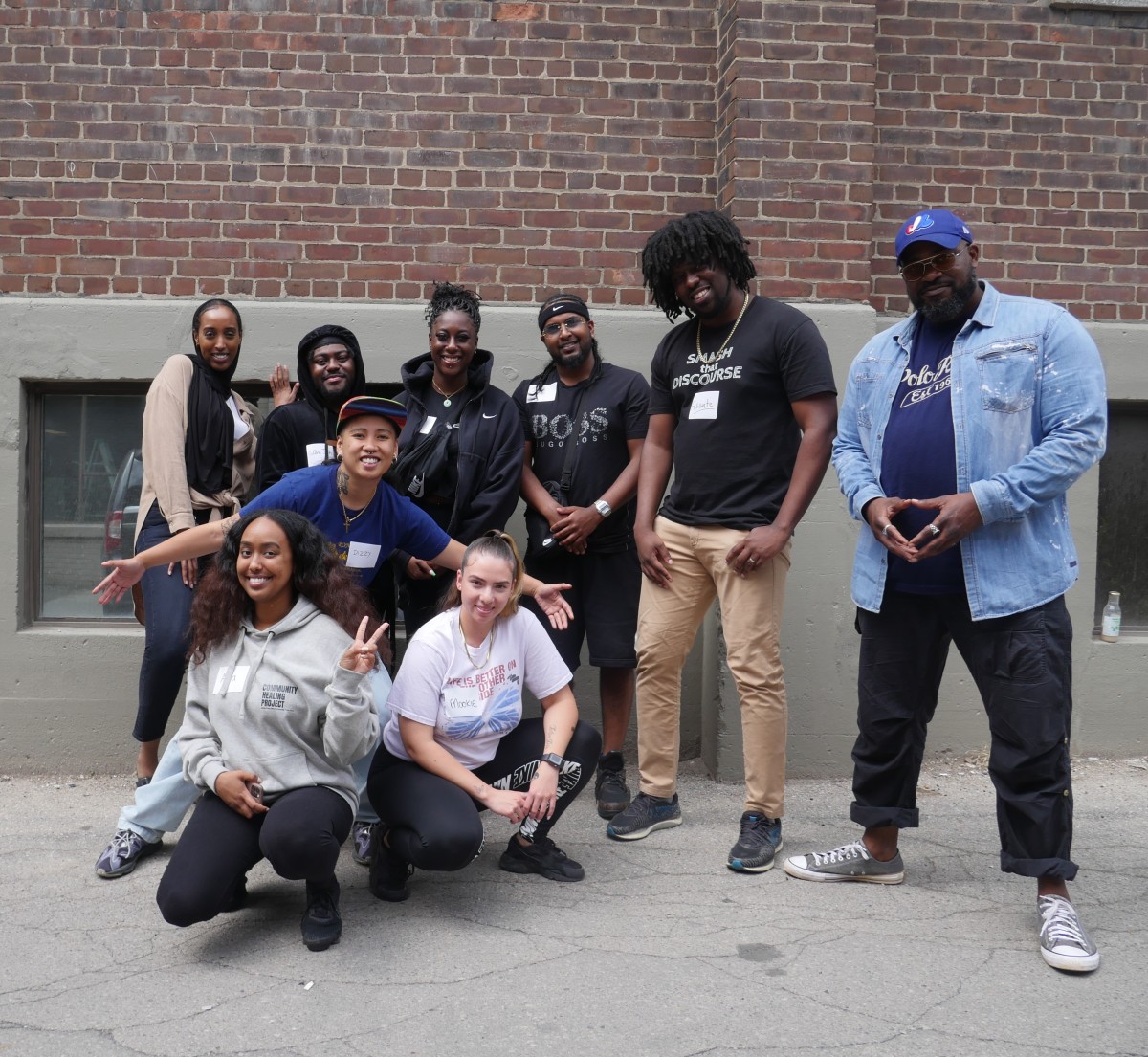 The Community Healing Project (CHP) is a program developed by the City of Toronto, in conjunction with Toronto youth and community members; it’s aimed at addressing trauma as a root cause of youth violence. Since its inception in 2015, CHP has expanded to serve youth in 20 communities each year, engaging participants with a range of dynamic workshops and peer mentorship programming.

Danica “Dizzy” Ricamara, a Toronto-based film director and past participant in CHP,  recently completed a documentary about the powerful work of the program. This Friday, November 25, the AGO welcomes Ricamara, along with City of Toronto Community Development Officer Brandon Hay, for a free public screening of The Community Healing Project in Jackman Hall.

Ahead of Friday’s screening, we caught up with Ricamara and Hay to find out more about the film and the groundbreaking youth programming offered by the CHP. 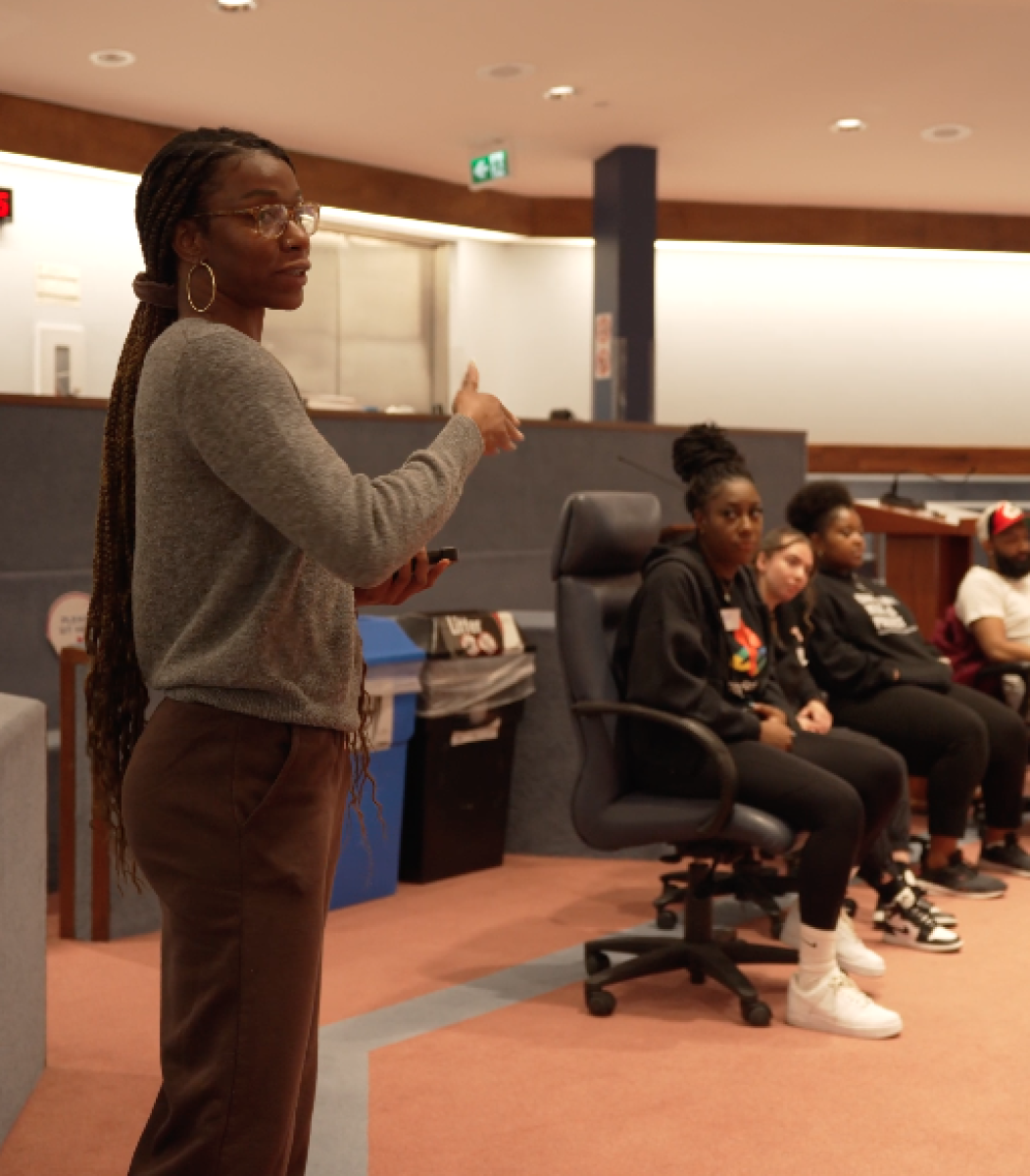 AGOinsider: Can you talk to us about the inception of the CHP, its mandate and the type of work it aims to accomplish?

Hay: The Community Healing Project (CHP) was developed as a result of one of the recommendations highlighted in the Toronto Youth Equity Strategy. The Toronto Youth Equity Strategy identified 28 key issues faced by youth most vulnerable to involvement in violence and crime that the City and its partners must address. TheStrategy was developed with contributions from Toronto youth and was adopted by City Council in February 2014. In 2015, CHP was piloted in two communities and has since expanded to serve 20 communities each year.

CHP is a prevention project aimed at addressing trauma as a root cause of youth violence. The project supports the development of mental health literacy and resiliency in youth 12-24 who have been exposed to community violence. Through peer support certification and trauma-informed community workshops, youth learn about trauma, anxiety, post-traumatic stress disorder (PTSD) and hypersensitive flight/fight responses. CHP provides wraparound services to Peer Supporters (Healers) and youth through mental health literacy workshops, case management supports, employment services and peer mentorship.

The project is delivered by the City of Toronto in partnership with Stella’s Place Jane and Finch Family and Community Centre, Yorktown Family Services, Agincourt Community Services Association (ACSA), and The Neighborhood Group (TNG). CHP is currently funded by Youth Gang Prevention Fund (YGPF) as part of the National Crime Prevention Strategy (NCPS).

AGOinsider: What’s your connection to the Community Healing Project and what drove you to create this film?

Ricamara: As a creative from an area like Scarborough, our art is heavily influenced by our experiences, especially the grief within those experiences. Being a participant in this program gave me clarity and a home to unpack those experiences, which I reflect on through my films. Being a part of the first cohort to train during the pandemic, I really saw the power of community through CHP because the community was the only thing keeping my head up. Even with this past year when I lost someone very close to me, this film and this team have been the rock that kept me going. What was supposed to be a two-minute project turned into a full documentary, continuously supported by individuals who have also experienced the real impact of this program. It was only right we had to tell this story, and it’s beyond an honour to be a part of it. 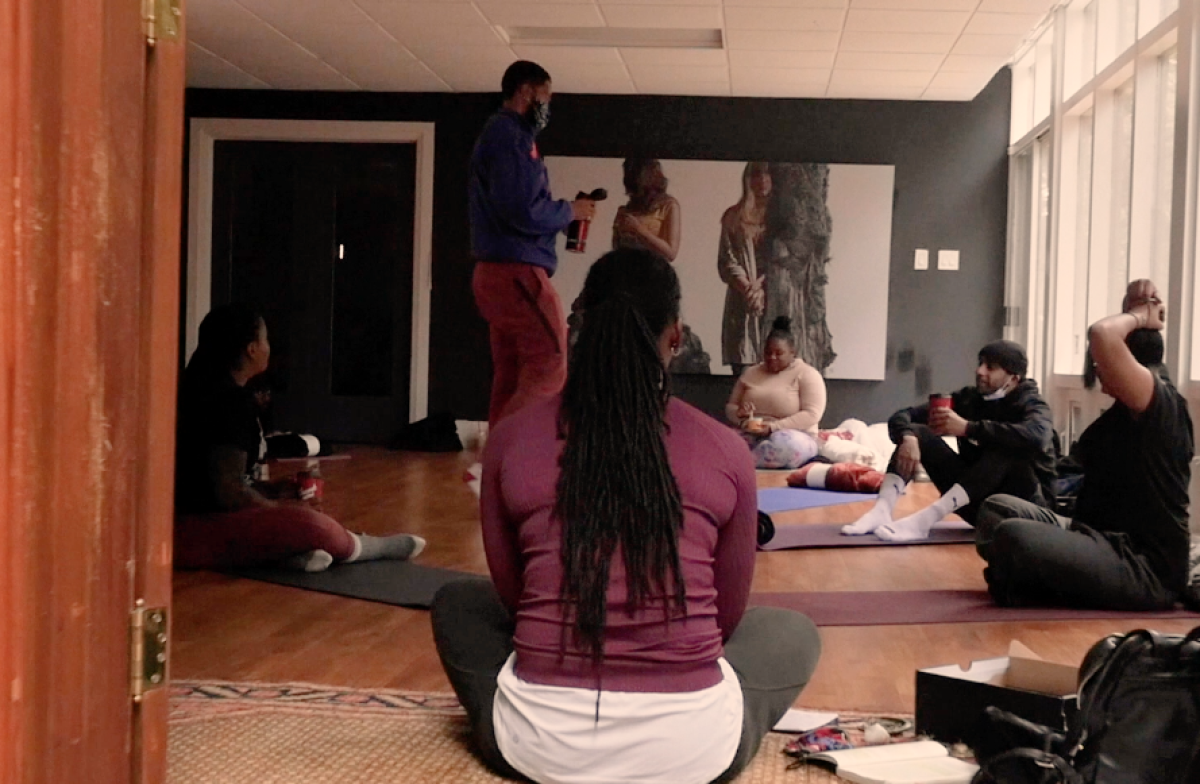 AGOinsider: Without any spoilers, can you give us a summary of what the film covers?

Ricamara: This film will give you a lens inside not only what we do at CHP, but the type of individuals that we are. The individuals who live in this very city that you walk past every day have experienced so much, but yet have even more to give. They are real changemakers of this city.

AGOinsider: What do you hope viewers take away from the film?

Ricamara: I hope that any viewers whose light feels dim and anyone who has ever experienced loss can watch this film and take that first step into their own healing journeys. But most importantly, I hope they are able to acknowledge how far they've come and feel the CHP family cheering for them. We see you!

Don’t miss The Community Healing Project screening for free this Friday, November 25 in the AGO’s Jackman Hall. Get your tickets here. All ticket holders will also enjoy free entry to the AGO on the day of the screening.