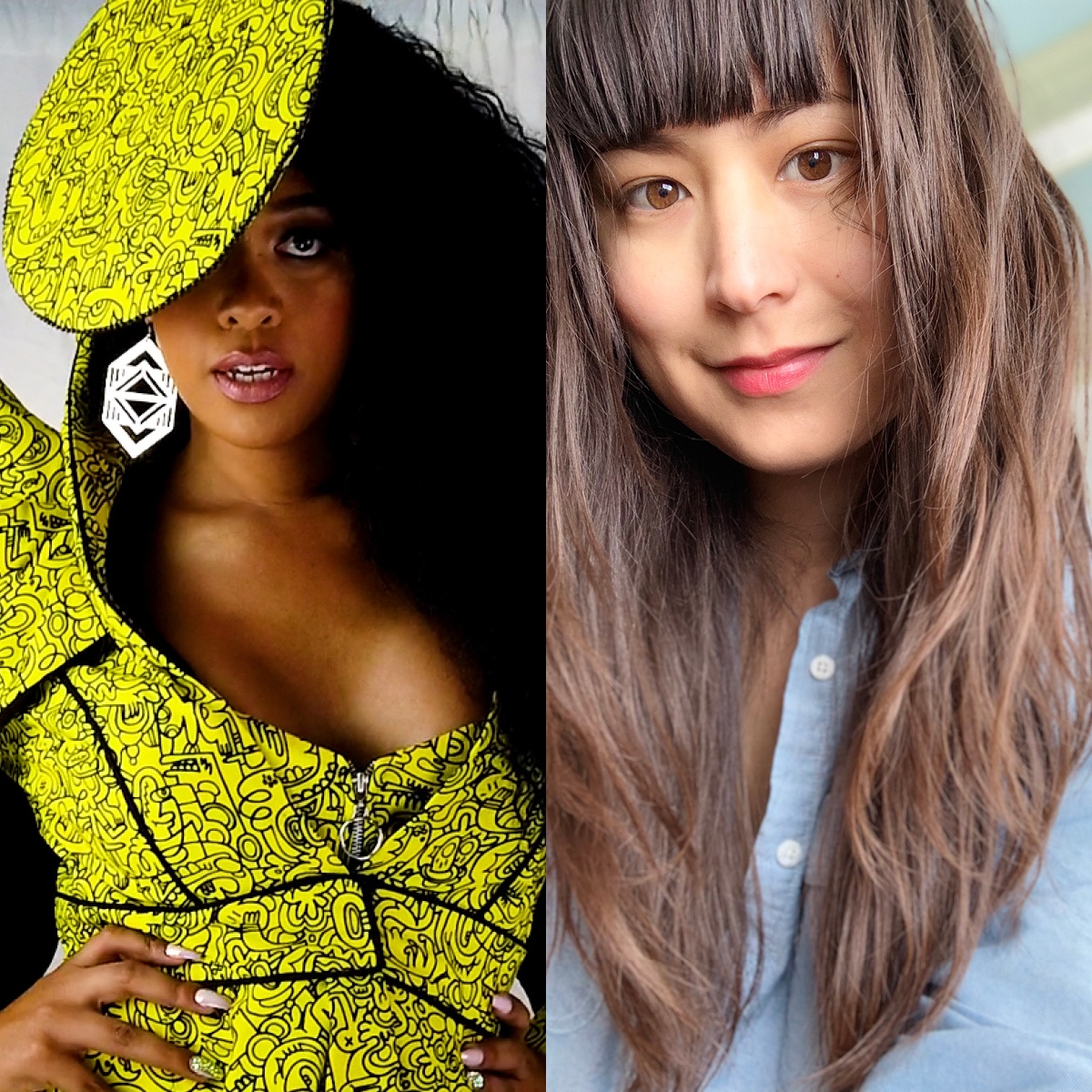 Pearl Teese and Dylan McKeever; images courtesy of the speakers.

Aria Villajin, also known by her stage name Pearl Teese, is a San Francisco-based trans woman, drag performer and mental health advocate. Born and raised in the Bay Area, Aria has been entertaining as Pearl Teese for almost 10 years. Dylan McKeever is a comedian living and performing in Los Angeles. Her work revolves around her queer identity, trans issues, race, sex and dating. Sharing their insights as public-facing trans women, Villajin and McKeever zeroed in on the evolution of trans representation as it is reflected in two Time magazine cover stories that bookend the last seven years – featuring Laverne Cox and Elliot Page.

In 2014, iconic American actress and LGBTQ advocate Laverne Cox became the first trans woman in history to grace the cover of Time. Both Villajin and McKeever remember this as being an inaugural moment in mainstream trans representation. Each reflected on the cover story’s profound personal impact on their lives, while also noting a significant ongoing need for more diversity and complexity with regards to trans representation in media.

Back in March of this year, Canadian actor and producer Elliot Page was also featured on the cover of Time magazine. In a recent interview with Oprah, Page publicly revealed his trans identity, boldly advancing trans visibility through his global platform. For McKeever, Cox represents more of an aspirational figure, whereas Page inspired in her a sense of responsibility to support and protect those who have recently transitioned. In reflection of both cover stories, Villajin expressed her hope that in the future trans representation in mainstream media will include more people who don’t visually fit into clear gender binaries, providing a broader and more realistic picture of the trans community.

Check out the video below and visit our homepage for info on the next Hot Takes conversation.