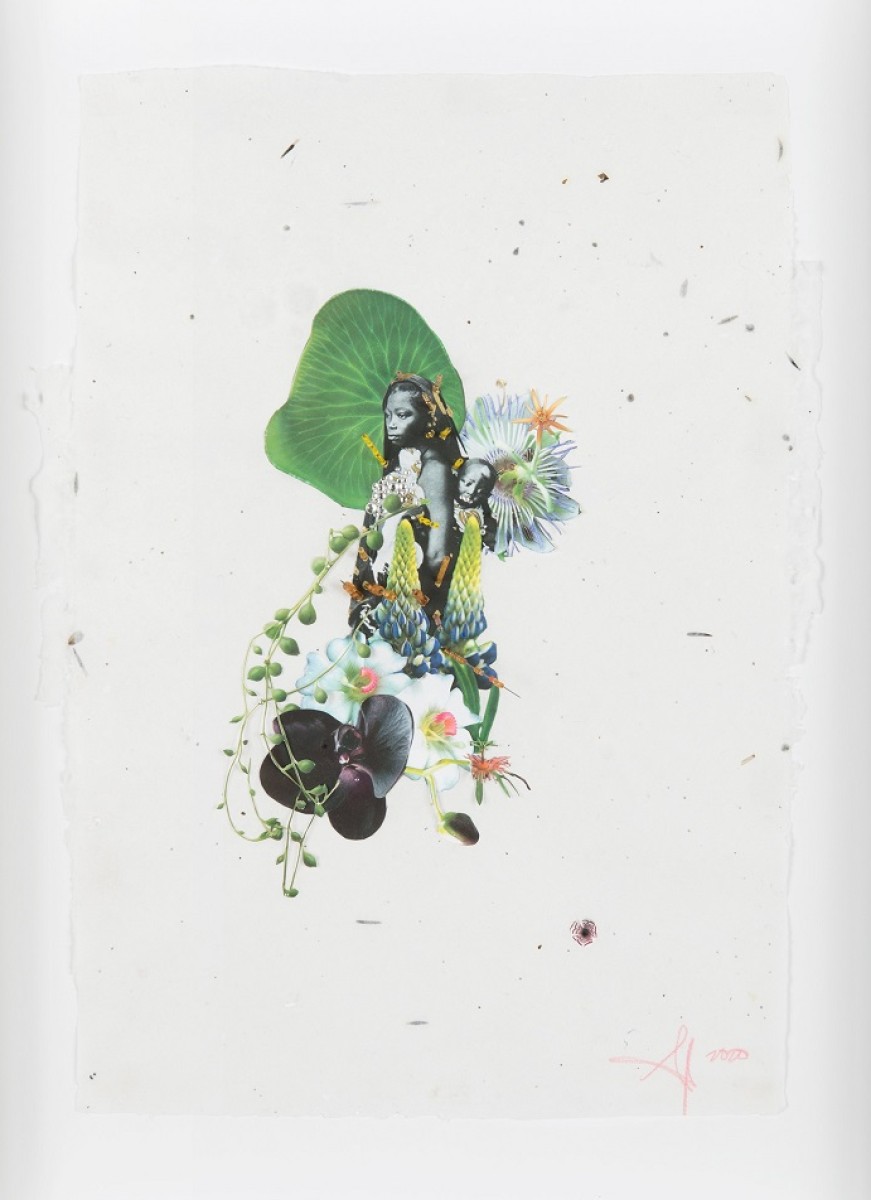 The work of San Diego-based contemporary artist Andrea Chung was added to the AGO Collection last year and was first placed on view as part of the landmark exhibition, Fragments of Epic Memory. The work, Litany for Survival (2019), is currently back on view at the AGO, this time alongside a selection of works from Chung’s Colostrum series – a dynamic group of seven mixed media collage works exploring the history of Black women’s breast milk.

On Tuesday September 22, join Chung for a conversation with Washington, D.C. based art advisor, collector, and lawyer Schwanda Rountree and Los Angeles gallery director Tyler Park, as they reflect on the artist’s thought-provoking practice. They will discuss the impact of Chung’s multidisciplinary processes and research as it relates to care, labour, maternal health, gender, and resistance; as well as the significance of collecting her work in both private and institutional collections.

For centuries, Black women were often used as wet nurses for wealthy white mothers, and more recently as human suppliers for breast milk banks.  With Colostrum – the name of the nutrient-rich milk produced by mammals just after giving birth – Chung creates surreal imagery that explores the historical exploitation of Black women’s breast milk. Crafted on paper made by Chung herself, these seven vibrant works depict ethnographic photographs of bare-chested mothers holding and/or breastfeeding their children, collaged among images of flowers and materials including rhinestones, beads and pins.

The foundational element of each work in Colostrum comes from the archival ethnographic photographs of Black mothers and their children, found online by Chung. Originally taken (without consent) by European photographers visiting Africa or the Caribbean, these images were often turned into postcards and distributed globally. Chung’s use of these photographs is a symbolic attempt to return agency to the women depicted, allowing them to own their likeness and bodies.

Positioned around the central figures in each work is an arrangement of botanical imagery, including various leaves and brightly coloured flowers. Accenting each collage, Chung adorns the mother-child duos in with beads and pins that reference traditions from the Yoruba religion of West and Central Africa. Nkisi is a practice in which nails are driven into a small statue or figure as a method of asking for strength and spiritual protection. In place of nails, Chung places pins on each mother, endowing and reinforcing them with great power. The colours of beadwork used in each collage directly corresponds to various Yoruba deities, called Orishas: blue representing Yemoja (the Orisha of the sea and motherhood) and yellow representing Oshun (the Orisha of love and beauty).

On view alongside the Colostrum series is Chung’s large-scale, multi-panel work – and recent AGO acquisition – Litany for Survival (2019). In it, Chung uses the cyanotype process to depict a large coral seascape in various hues of blue. On the surface of the piece, bits of cane sugar create three-dimensional patterns, and reference the connection between the global sugar trade and slavery in the Caribbean.

Andrea Chung was born in New Jersey to Caribbean parents. In her research-based practice, Chung investigates labour and materials connected to post-colonial countries. She uses perishable and precious materials steeped in her own personal history. In her work, Chung explores broad topics like the body and migration, as well as personal subjects, such as the stories of her ancestors.

Don’t miss the exhibition Andrea Chung, on view until October 1 at the AGO.