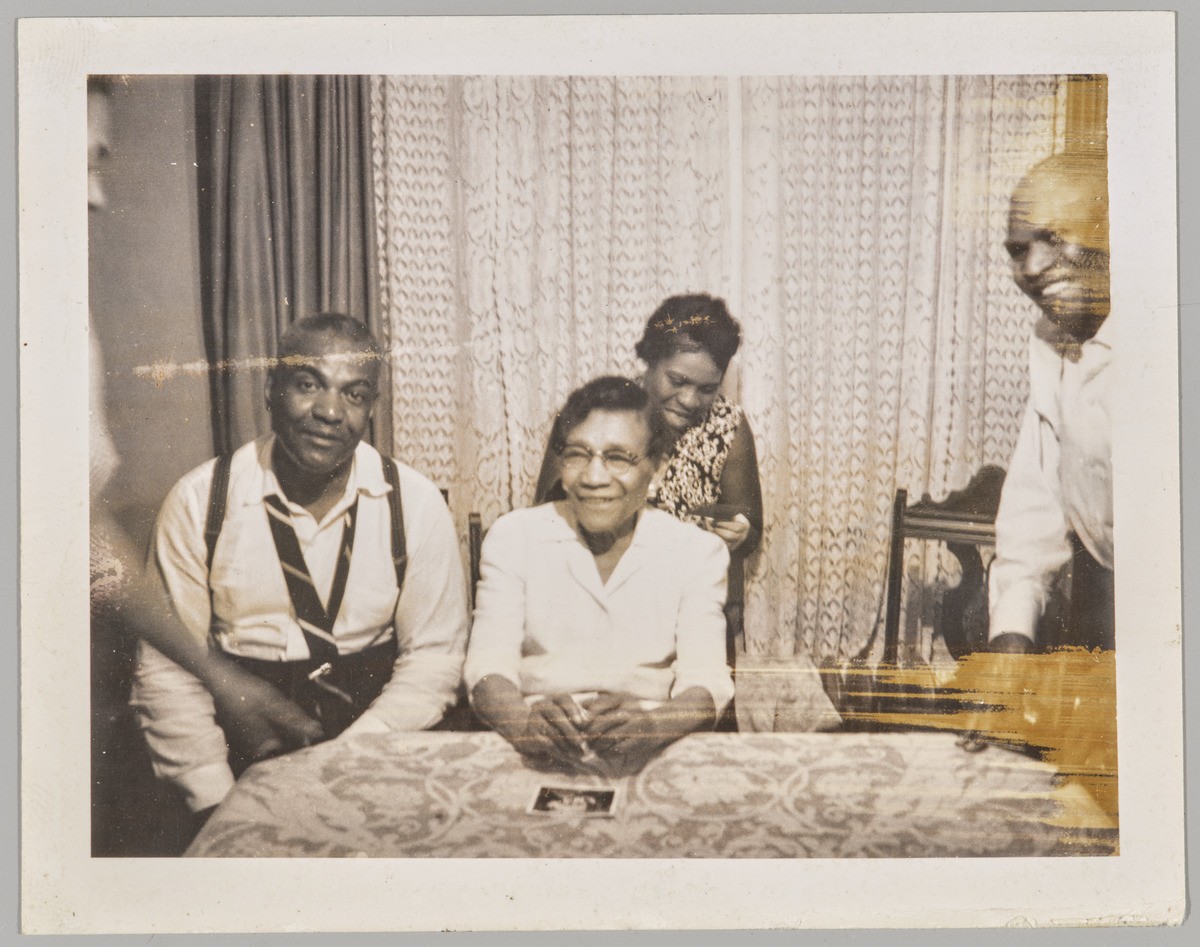 What Matters Most: Photographs of Black Life, an impactful exhibition showcasing a collection of images of African-American family life, opened at the AGO August 27. The landmark exhibition features Fade Resistance, a collection acquired by the AGO in 2018, of more than 4,000 Polaroids and other instant prints dating from the 1950s to the early 2000s.  Collected by Toronto artist and educator Zun Lee, these lost, discarded or abandoned images of birthdays, graduations and family reunions contain powerful glimpses of African-American life and community.

On September 9,  poet and essayist Dawn Lundy Martin will be at the AGO for a conversation about What Matters Most with artist and exhibition co-curator Zun Lee, and AGO Curator of Photography and exhibition co-curator Sophie Hackett. They will explore the role of photographs in creating and maintaining a sense of Black identity, memory and loss, and the worlds that these photographs open up for us today. In addition, the event will officially launch the hardcover publication, co-published by the AGO and Delmonico Books/D.A.P., with texts by Lee and Hackett, as well as Dawn Lundy Martin, and cultural theorists Fred Moten and Stefano Harney.

The book opens with a uniquely poetic essay by Dawn Lundy Martin titled Black Aliveness in Flight. In it, she unpacks the complex representation of Black life in the Fade Resistance collection.

“One meaning of intervention is “a coming between”— in this case, a visual coming between the instant photograph and its intended audience, a slippage made possible by temporal and social displacement. You lose your wallet, let’s say, because you lost your house because you lost your neighborhood because you’re lost now. This is all to say Fade Resistance, Zun Lee’s collection of thousands of Polaroids featuring Black people as the primary subjects, resists transparency as much as it reveals something ineffable about Black life.”

Martin offers insights about the familiar nature of the moments depicted in the collection’s photographs, while noting that their unknown backstories prompt viewers to deeply consider what is outside the frame of each image, more than what is inside. After delving into the multiple layers of the power dynamics at play between viewer and subject – referencing the ideas of author Tina Campt and philosopher Tim Rayner – Martin decides to turn her attention inward.

Borrowed from her mother’s photo album in 2021, Martin offers two instant photographs to the book, both from her family’s past, each with an accompanying backstory giving context that is absent from the other images in the collection.

Dawn Lundy Martin is an award-winning poet, essayist and activist. Among Martin’s many accomplishments, including receiving the Academy of American Arts and Science’s May Sarton Prize for Poetry, she founded of the Center for African American Poetry and Poetics at the University of Pittsburgh – where she also serves as the center’s Director. She also co-founded both the Third Wave Foundation and the post-theorist Black Took Collective. Martin authored several books and had her writing featured in many publications including The New Yorker, Harper’s Magazine and The Chicago Review.

Don’t miss the What Matters Most conversation and book launch live from the AGO’s Baillie Court on September 9, 2022. This is a free event, tickets available here. The exhibition is on view at the AGO until January 2023.