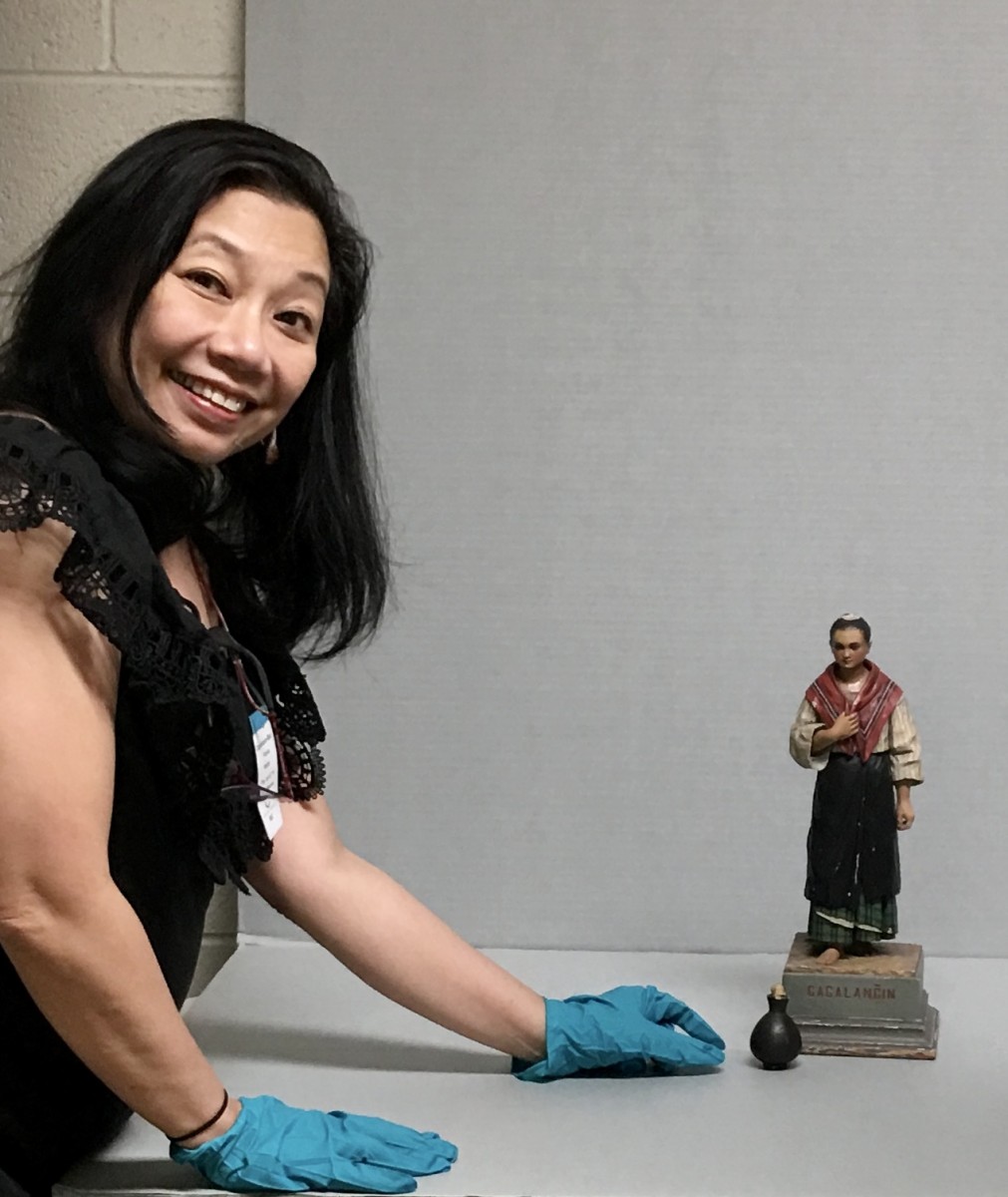 As we continue to welcome visitors to see Faith and Fortune: Art Across the Global Spanish Empire, how excited were we to learn that, halfway across the world in Manila, a new exhibition about the Spanish influence on the art of the Philippines is also drawing big crowds!

Curated by renowned art historian and curator Florina H. Capistrano-Baker, the exhibition Intertwined: Transpacific, Transcultural Philippines is another proof point that Filipino art and culture is having a moment, and we’re here for it! To find out more about the impact of Spanish colonization on the art history of the Philippines and the topic's importance to members of the diaspora, we reached out to Capistrano-Baker.

AGOinsider: Can you please introduce yourself and tell us about your journey to become a curator?

Capistrano-Baker: I was born in Vermont and raised in Kansas, and later moved to Wyoming. That is, I was born in the Vermont Maternity Clinic on Vermont St. in Manila; resided in Kansas St. also in Manila; and later moved to Wyoming St. in a gated suburban community outside Manila known as Greenhills. My elementary education was at the American School where our school mascot was the "American Indian." All this reeks of American colonialism, of course. My undergraduate mentor at the University of the Philippines was the Philippines' first formally trained art historian, Dr. Rod Paras-Perez, with a PhD from Harvard, who was determined that I follow in his footsteps, so he assigned me to author sections of his book projects. These early publications and my track record as curatorial assistant at the Cultural Center of the Philippines helped me get a multi-year President's Fellowship in the PhD program in Art History and Archaeology at Columbia University in the city of New York. I worked as research assistant in the Department of the Arts of Africa, Oceania and the Americas at the Metropolitan Museum of Art while working on the PhD at Columbia and curated my first exhibition in the U.S., Divine Protection: Batak Art of North Sumatra, in the Michael C. Rockefeller Wing at the Met before completing the PhD.

AGOinsider: Your exhibition title uses the descriptors intertwined, transpacific and transcultural. How did you choose those words to describe the Philippines?

Capistrano-Baker: My original title for the exhibition was Entangled Identities: Becoming Filipino. Though the word "entangled" is somewhat fashionable among Western scholars, there was concern that the word might have a negative ring among a primarily Filipino audience. Local translations of "entangled" connote confusion and disorder. So, I had to think of a more neutral word with a similar meaning – that is, something closely woven and braided together, hence "intertwined" which seemed more positive and less loaded. Rather than the phrase "becoming Filipino" whose present progressive tense seems to suggest something unfinished, key adjectives from a volume on transpacific engagements I was editing (and which inspired the exhibition) were considered instead. The most accurate descriptions of Philippine culture seem to be "transpacific" and "transcultural" − qualities that the exhibition argues are characteristic of mainstream lowland Christian Filipino culture. Transpacific because mainstream Philippine culture is informed by 250 years of commercial exchange with Latin America; transcultural because even before colonization, cultures in the Philippines have intertwined with those of neighboring cultures with whom we engaged in trade as early as the 10th century – China, India, Southeast Asia. 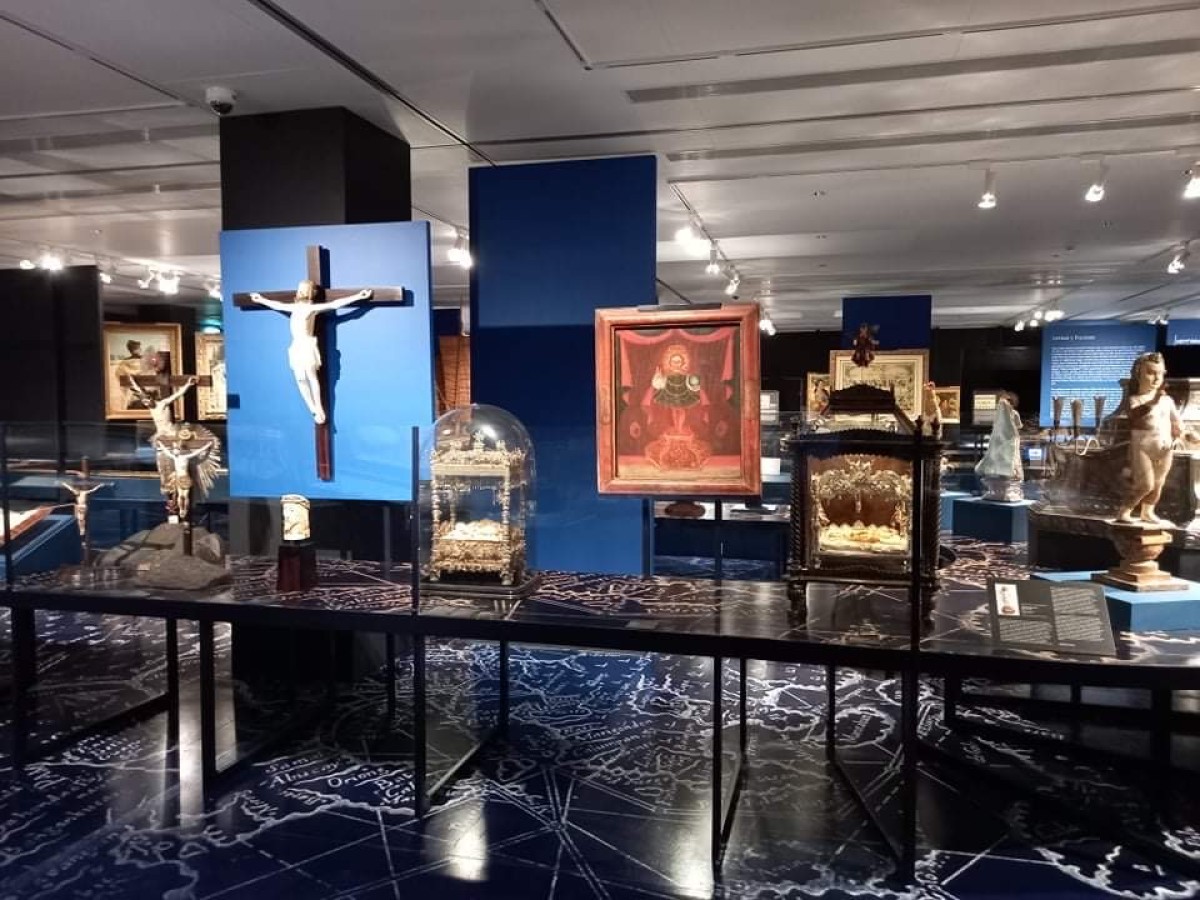 AGOinsider: Both exhibitions — yours and Faith and Fortune —capture the period of mid-19th-century trade between Manila and the. We do it with a series of daguerreotypes, you with the Tipos del País watercolour paintings. Can you tell us more about the Tipos del País and how you first encountered them?

Capistrano-Baker: When I was museum director at Ayala, one of my first tasks was to determine the authenticity and authorship of an album of Tipos del País in the collection attributed to the 19th-century artist Filipino Damian Domingo. The museum's chairman had asked me to bring the Ayala album to the U.S. to compare side-by-side with other similar albums in various collections. It was very exciting to compare the Ayala album to the wonderful albums at the Newberry Library, New York Public Library, Princeton Library, and especially to encounter the Chinese copies (previously unknown in the Philippines) of the Filipino works at the Peabody Essex Museum. The Chinese copies and some originals were from the collections of New England merchants engaged in the China and Manila trade. So, I did a lot of archival research studying the business papers of the American merchant houses which was fascinating.

AGOinsider: The Filipino painter Simon Flores (1839-1902) is an artist we would have liked to have shown in Faith and Fortune. Can you tell me a little bit about him?

Capistrano-Baker: Though we've exhibited works by Simon Flores in the past, in this exhibition we have only one painting by the artist − a portrait of Miguela Henson from the collection of the Bangko Sentral ng Pilipinas. It portrays a young lady in front of her dressing table. She wears the traditional 19th-century Filipina dress consisting of a sheer embroidered top of finely embroidered local whitework and matching shawl. She wears a long skirt − probably of imported fabric, and an overskirt or "tapis." She wears her hair down to her ankles, like some of the women portrayed in tipos de pais. Ladies took great pride in their shiny black hair, which they often treated with coconut oil. Simon Flores was an important artist whose clientele included the elite families of Pampanga province, who displayed their wealth through commissioned portraits. It's significant that artists started doing secular paintings and were no longer limited to religious paintings commissioned by the missionaries.

AGOInsider: Toronto is home to a large and thriving Filipino population. I see our contemporary migration stories to North America and across the globe as another “transpacific” layer of Filipino identity. What can art objects (such as the ones at the Ayala) offer members of the Philippine diaspora?

Capistrano-Baker: For Filipino immigrants born and raised in the Philippines, exhibitions on the Philippines allow them to re-experience the homeland vicariously through familiar images and sounds. Being abroad gives immigrant Filipinos greater objectivity and allows them to re-assess their culture and history. For natural-born North Americans with a Filipino background who self-identify as part of the Filipino diaspora, learning about and understanding Philippine history and culture is critical to self-knowledge. For both audiences, exhibitions and educational programs contextualize Philippine art and events within global dynamics, and they illuminate the philosophical framework of Filipino culture that is critical to enhancing community pride and identity.

Capistrano-Baker will join Adam Harris Levine, AGO Assistant Curator, European Art, , and Bianca Weeko Martin, Curatorial Assistant, Arts of Spain, Latin America and the Philippines. in conversation on Thursday, June 23 at 4 pm on Zoom. To register for this free talk, visit AGO.ca/events/faith-and-fortune-florina-capistrano-baker.

Faith and Fortune: Art Across the Global Spanish Empire continues through October 10 and is free for AGO Members and Annual Passholders.