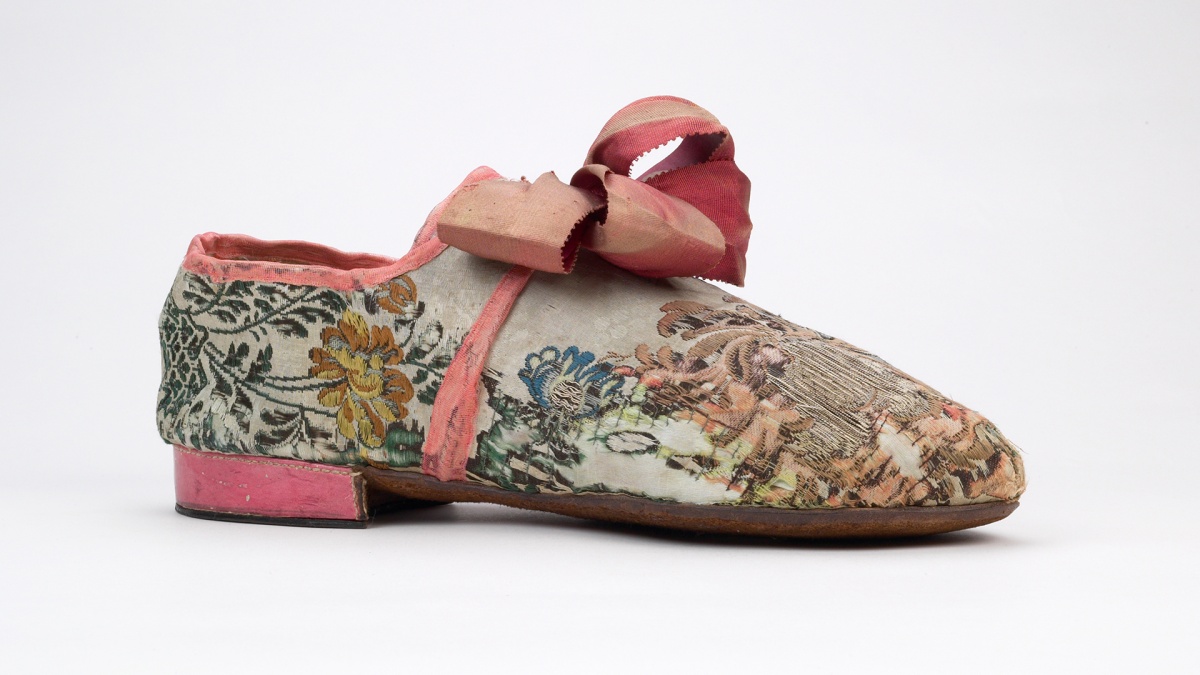 Fashion lovers rejoice! The Bata Shoe Museum, home to North America’s only shoe museum of over 14,000 shoes and footwear-related artifacts, has reopened. Eager for a soleful reunion, the AGOinsider put feet to the pavement this past week to see its newest exhibition, The Great Divide: Footwear in the Age of Enlightenment. It’s got us thinking more than ever about what our shoes say about us.

The Great Divide: Footwear in the Age of Enlightenment presents footwear from around the world, created during the 18th century, the years roughly between 1685 to 1815. Curated by Elizabeth Semmelhack, Director and Senior Curator at the Bata Shoe Museum, the shoes on display paint a sweeping portrait of how international trade, gender politics and imperialism informed the fashion of the era. Featuring artifacts from the Bata Shoe Museum’s permanent collection and loans from the Gardiner Museum, the exhibition is a walk through history, demonstrating the power of shoes to blur and heighten distinctions between social classes.

Here’s a sneak peek of highlights from the exhibition. 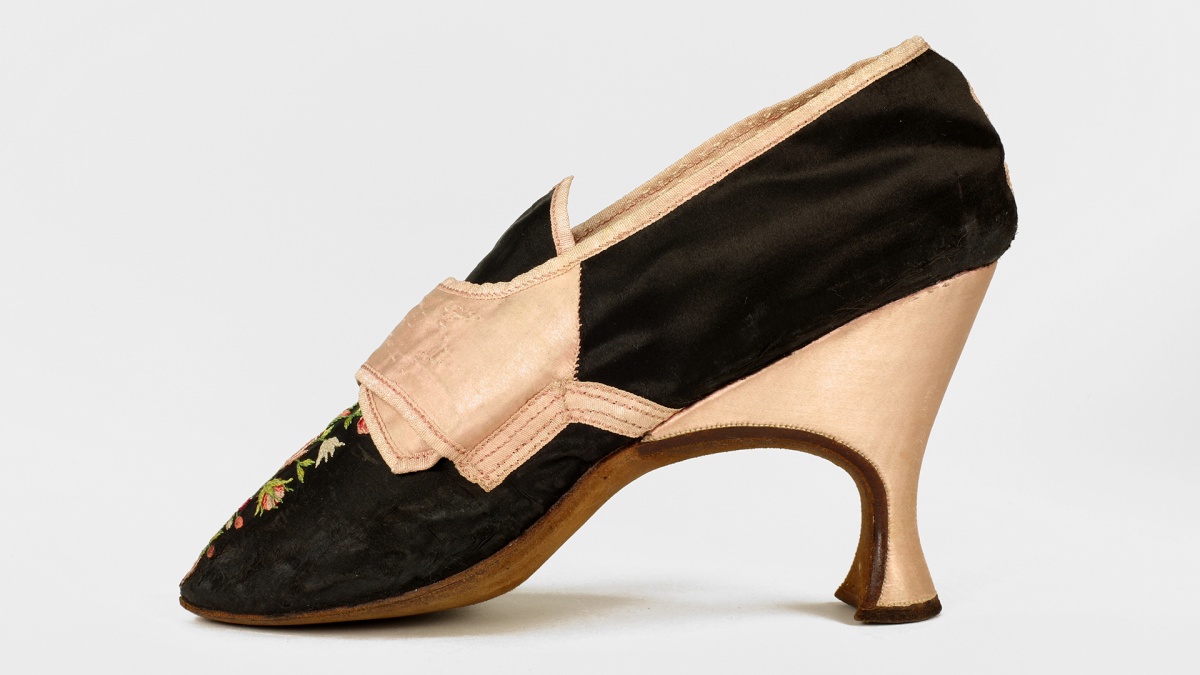 These high heels gained popularity in the 1780s when women had to teeter on the line between being “pleasing” to others and overly sexual. While European men were warned to be wary of sexual manipulation, women were harshly criticized if found exploiting their “sex appeal” during this time. This shoe is representative of this societal view. 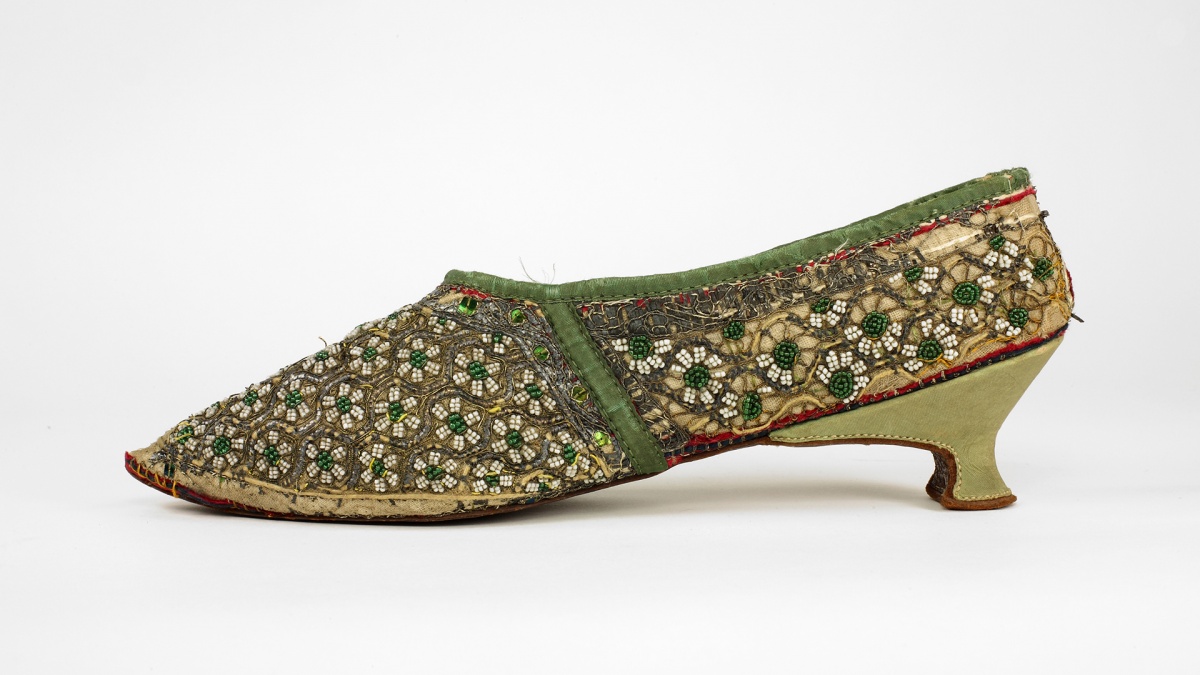 This pair of women’s shoes is symbolic of British imperialism that drastically altered the political, cultural and material landscapes of the Indian sub-continent. These shoes first began as a pair of upper-class jutti but at some point in the 1790s, their original soles were removed and new European ones were added, transforming them into British women’s shoes – altering their identity. The delicate beadwork, wrapped metallic thread establishment and iridescent sequins made from beetle-wings, is a hallmark of fine Indian craftsmanship and luxury. 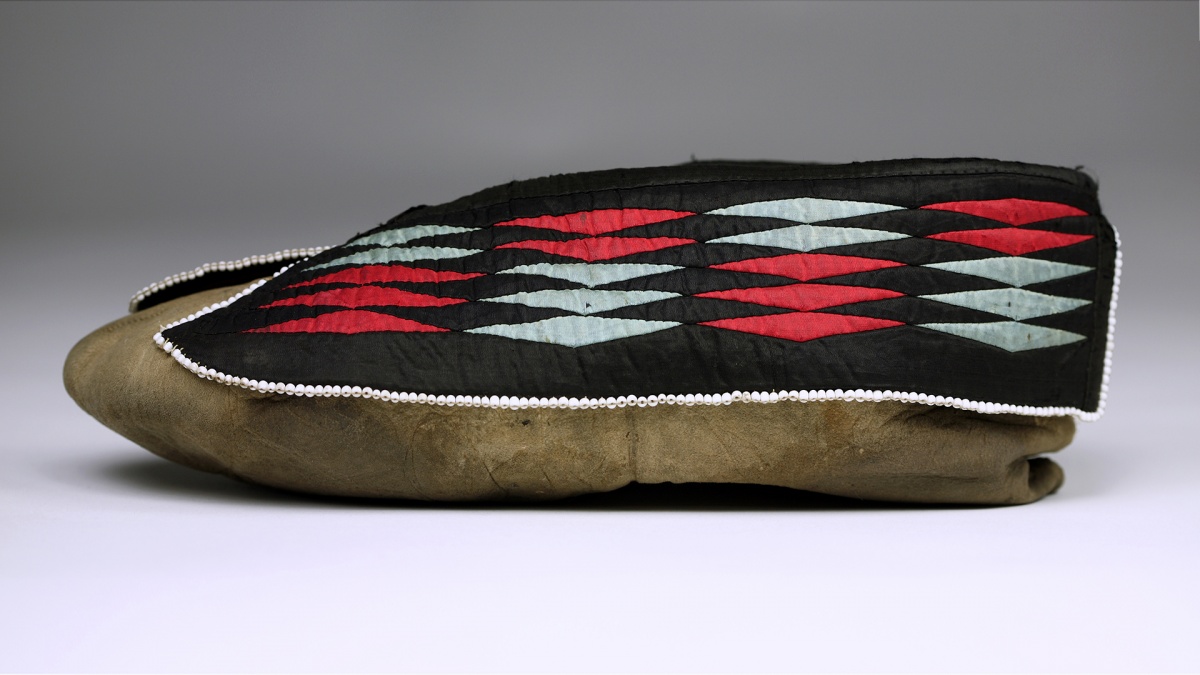 This shoe represents the resistance mounted by many First Nations when the British and Americans were set on empire building after the Revolutionary War. During the last quarter of the century, one of the most admired leaders was Myaamia leader Mishikinawa, also known as Little Turtle, who delivered one of the worst defeats in U.S. history at the Battle of Wabash in 1791. This moccasin is said to have belonged to Mishikinawa and features the long cuffs typical of traditional Myaamia footwear decorated with fine ribbon work.

The Great Divide: Footwear in the Age of Enlightenment is on view now at the Bata Shoe Museum until March 2023. You can visit the website for more details: https://batashoemuseum.ca/great-divide/. AGOinsider is always on the lookout for exciting cultural opportunities happening around the city. Sign up now to get weekly news straight to your inbox.