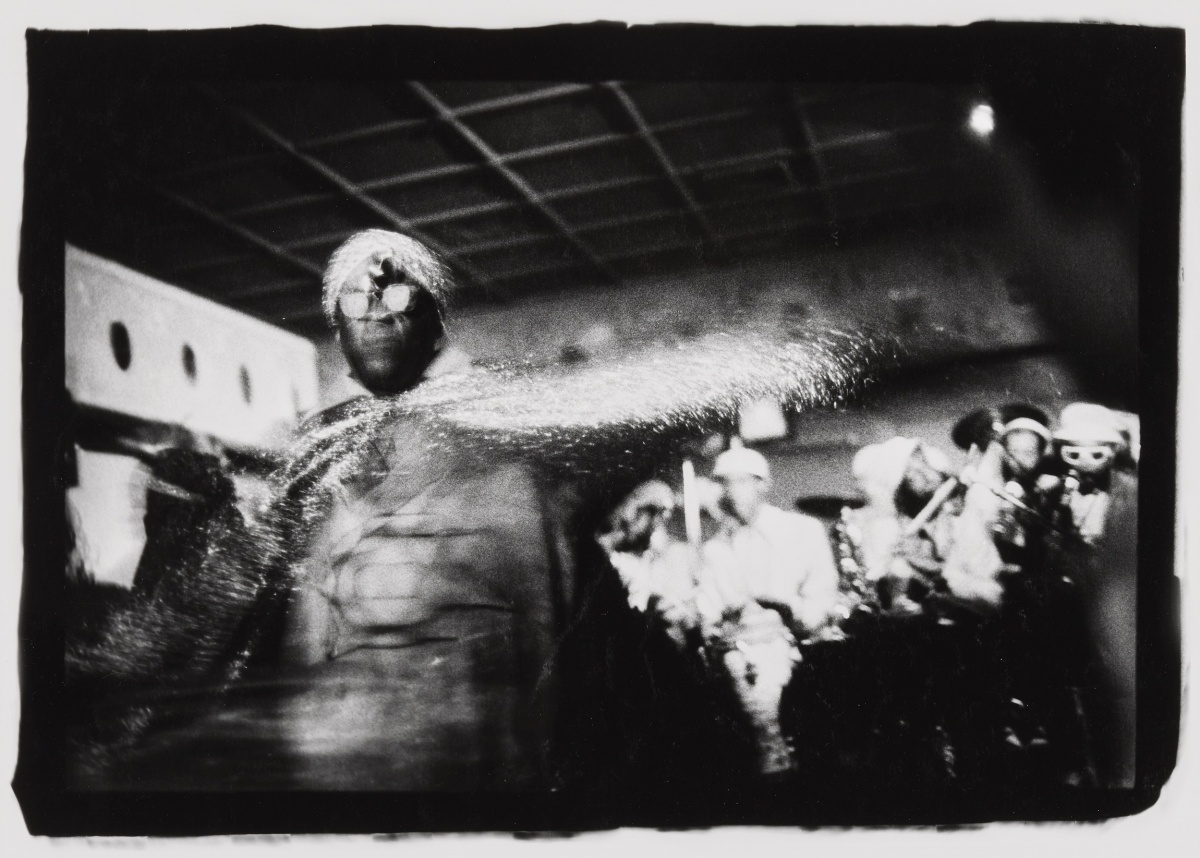 Groundbreaking African-American photographer Ming Smith canonizes Black culture with an abstract flair. Recently acquired by the AGO, seven stunning prints by Smith chronicle a diverse array of moments, including a romantic boardwalk stroll and an experimental jazz show. All are part of the powerful new photography exhibition, Documents, 1960s – 1970s.

Born in Detroit, Michigan, and raised in Columbus, Ohio, Ming Smith was the daughter of a photographer. However, it wasn’t the family business that inspired her career as an artist. After graduating from Howard University in 1973, Smith moved to New York City to work as a model while making photographs in her spare time. There, on a go-see to the studio of Anthony Barboza, Smith’s career path and life would forever change. That day she was introduced to members of the iconic, Harlem-based, Black photographers’ collective Kamoinge (pronounced Kah-mong-gee), whom upon seeing some of her photographs immediately inducted her into the collective—she was its first and only female member. With a new-found artistic identity, she began exploring her fascination with street photography, creating some of the most stylistically interesting work known to the medium.

World-renowned artist and cinematographer Arthur Jafa considers Ming Smith to be “The greatest African-American photographer ever.” Smith’s style is marked by her use of intentional blurriness, giving the subjects she photographs a surreal and mystical quality. This elevates her documents of Black life into more emotional, philosophical or even spiritual expressions. Her body of work is an equal mix of community-focused street photography and portraits of influential Black artists, like jazz legend Sun Ra (pictured above) and pop icon Grace Jones. Smith’s work has been referenced by many, including Jafa himself, whose critically acclaimed cinematography in the film Daughters of the Dust was partially inspired by her.

Smith’s work has been exhibited and acquired by major museums (Tate Modern, MOMA, Brooklyn Museum), and her unique and gravely important contributions to the Black cultural archive and the art world at large are beginning to get the acclaim they deserve—albeit belatedly. Hopefully, through the continued erosion of barriers faced by Black women artists, Ming Smith will receive even higher praise in the coming years via major survey exhibitions and awards.

Seven of Smith’s recently acquired prints are part of Documents, 1960s – 1970s, located in the Edmond G. Odette Family Gallery on Level 1 at the AGO.

This exhibition will be on view when the AGO reopens.