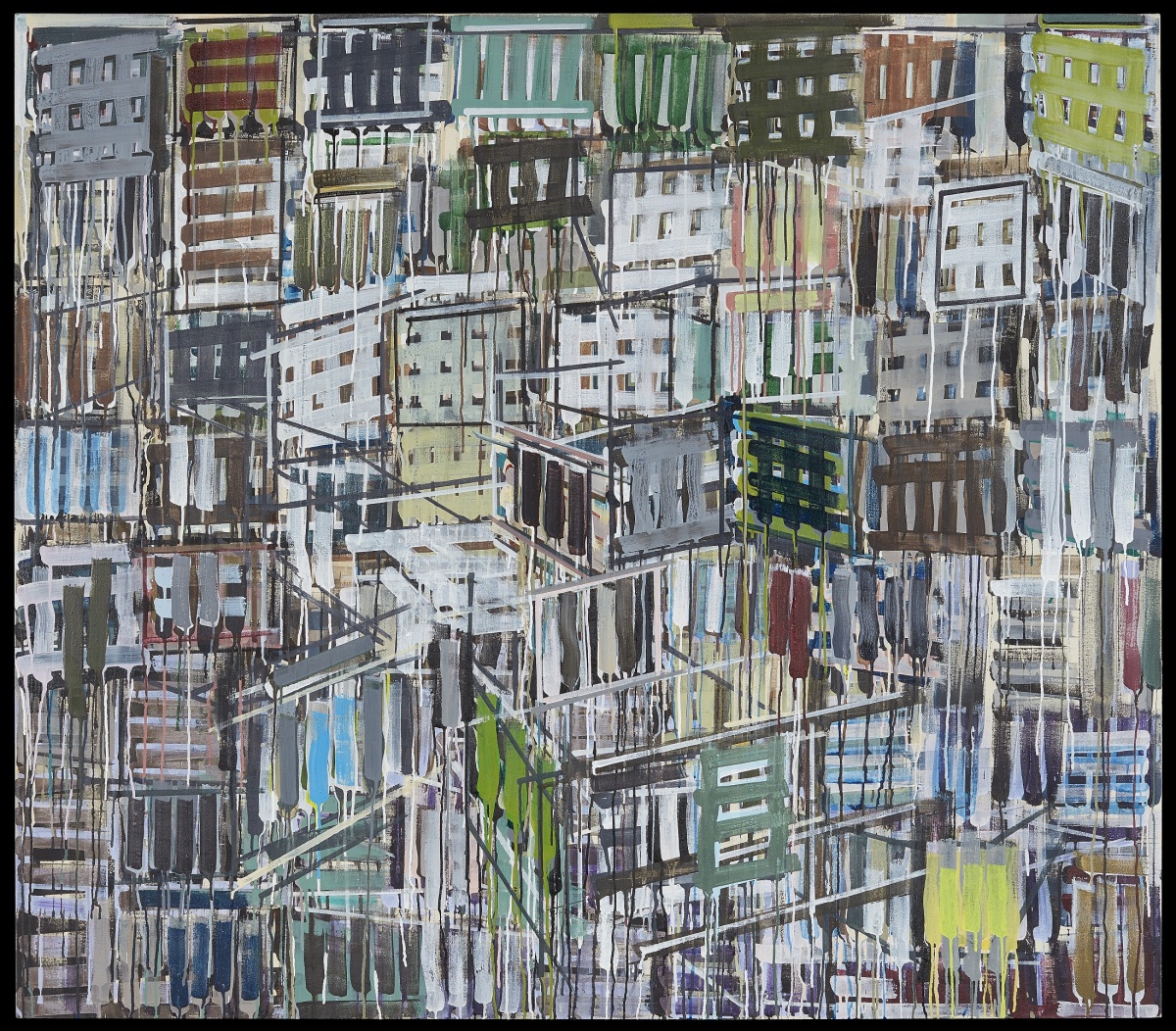 In the movement of Pan-Africanism, “The Maafa” is a term often used to describe the many historical atrocities committed against people of African Descent. It is evoked, most commonly, in reference to the Transatlantic slave trade and its resounding ripple effects. Over centuries, hundreds of Black artists have created powerful work documenting the trauma, resistance and brilliance that have resulted from the Maafa. Denyse Thomasos is one of those artists.

Born in Trinidad in 1964, contemporary Canadian artist Denyse Thomasos is best known for her large-scale, semi-abstract paintings. Her work often references architecture and structural elements as a means of discussing themes as varied as slavery, mass incarceration, immigration and urban life. Many of the colours and motifs in her pieces are inspired by non-Western societies specifically those in West Africa, India and China - the three main cultural influences in her native Trinidad.

Thomasos immigrated to Canada as a child in the early 70s, settling with her family in Toronto. As a Black person in a largely white education system, she struggled with feelings of isolation and a lack of accessible information about her history and culture. It was through this necessity for self-expression that she began painting at an early age. After receiving a B.A. from the University of Toronto and an M.F.A. from Yale, Thomasos gained prominence in the 90s, exhibiting extensively in Canada, including in two shows at the AGO, Swing Space: Wallworks (2007) and Watch This Space (2012-2013), and in the United States and internationally.

In a publication written to accompany her exhibition Urban Jewels: Denyse Thomasos’ Big Canvases at the MacLaren Art Centre in Barrie, Ontario, Thomasos elaborates in great detail about her practice, and the ways in which she intricately references the Transatlantic slave trade in her work.

“I was struck by the premeditated, efficient, dispassionate records of human beings as cargo and also by the deplorable conditions of the slave ships—so many Africans stacked and piled into the tiny, airless holds. In my artworks, I used lines in deep space to recreate these claustrophobic conditions, leaving no room to breathe. To capture the feeling of confinement, I created three large-scale black-and-white paintings of the structures that were used to contain slaves—and left such catastrophic effects on the black psyche: the slave ship, the prison, and the burial site. These became archetypal for me. I began to reconstruct and recycle their forms in all of my works.”

Denyse Thomasos passed away tragically in July of 2012 at the young age of 47 due to complications with a routine medical procedure. Though she was already a prolific and important artist, one can only imagine the potential masterpieces she hadn’t yet painted. Her unique interpretations of the Black diaspora, and its many complexities, offer important insight for art-lovers worldwide.