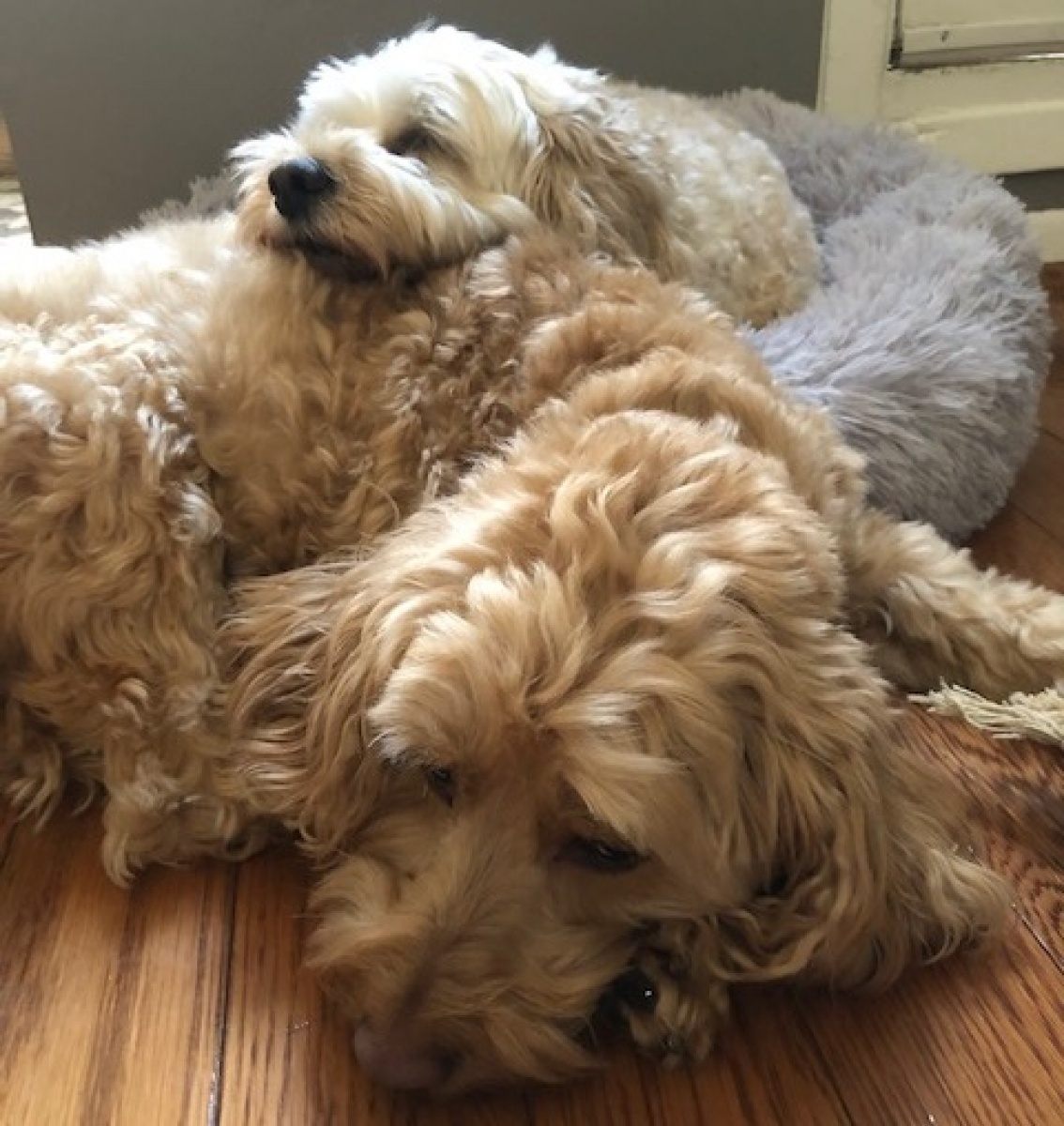 With the AGO temporarily closed to the public, some employees have spent the last few weeks adjusting to their new work from home routines. Among the benefits: shorter commute times, a relaxed dress code, and for many, new four-legged co-workers to keep them company throughout the day.

Settle in for your daily dose of fluff and meet some of the newest members of the AGO work-from-home team.

Meet Haida and Dene (pictured above). They’re not super motivated during the workday, and constantly interrupt conference calls to bark at squirrels. It’s a thankless job, but someone’s gotta do it. (Jaime Shulman, Director, Corporate Partnerships & Development Special Events)

Zeus is a one-and-a-half-year-old Portuguese Water dog. Still a puppy, his key deliverables include playing, eating and napping. Zeus often gets in trouble with his manager for chasing his colleague, Greyson the Tabby cat. Greyson probably started it, but we’ve been assured that when they do collaborate, it’s always a job well done. (Deepak Chopra, General Manager, shopAGO) 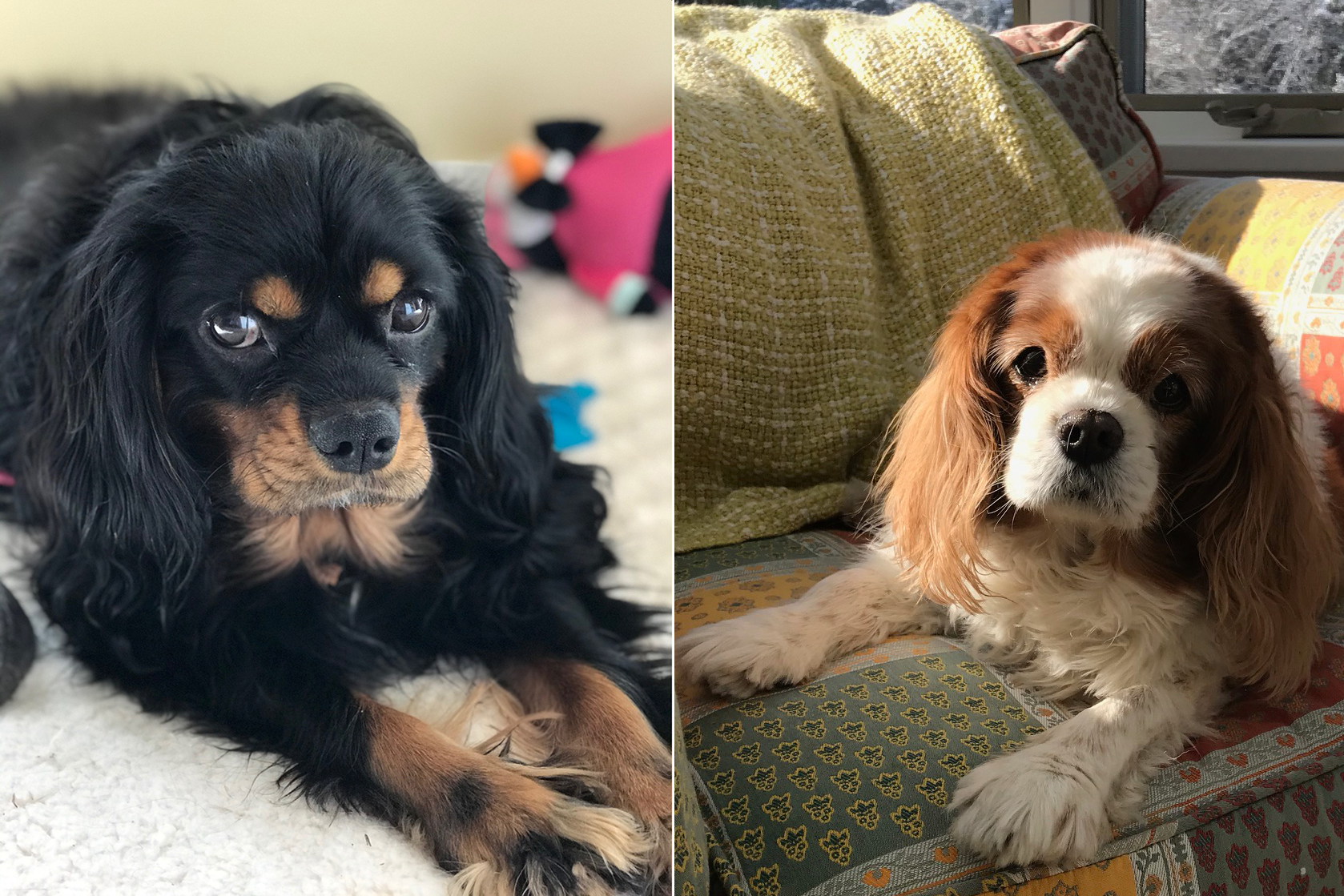 This is Luca and Genvieve. Luca is nearly 13 (a wise old prince), while Genvieve just turned one (a puppy and a menace). An unlikely duo, their synergy in the workplace is incredible. Working as a team, their daily canine duties include cuddling and snuggling co-workers. Perfect for boosting team morale! (Erin Prendergast, Chief, Strategic Initiatives) 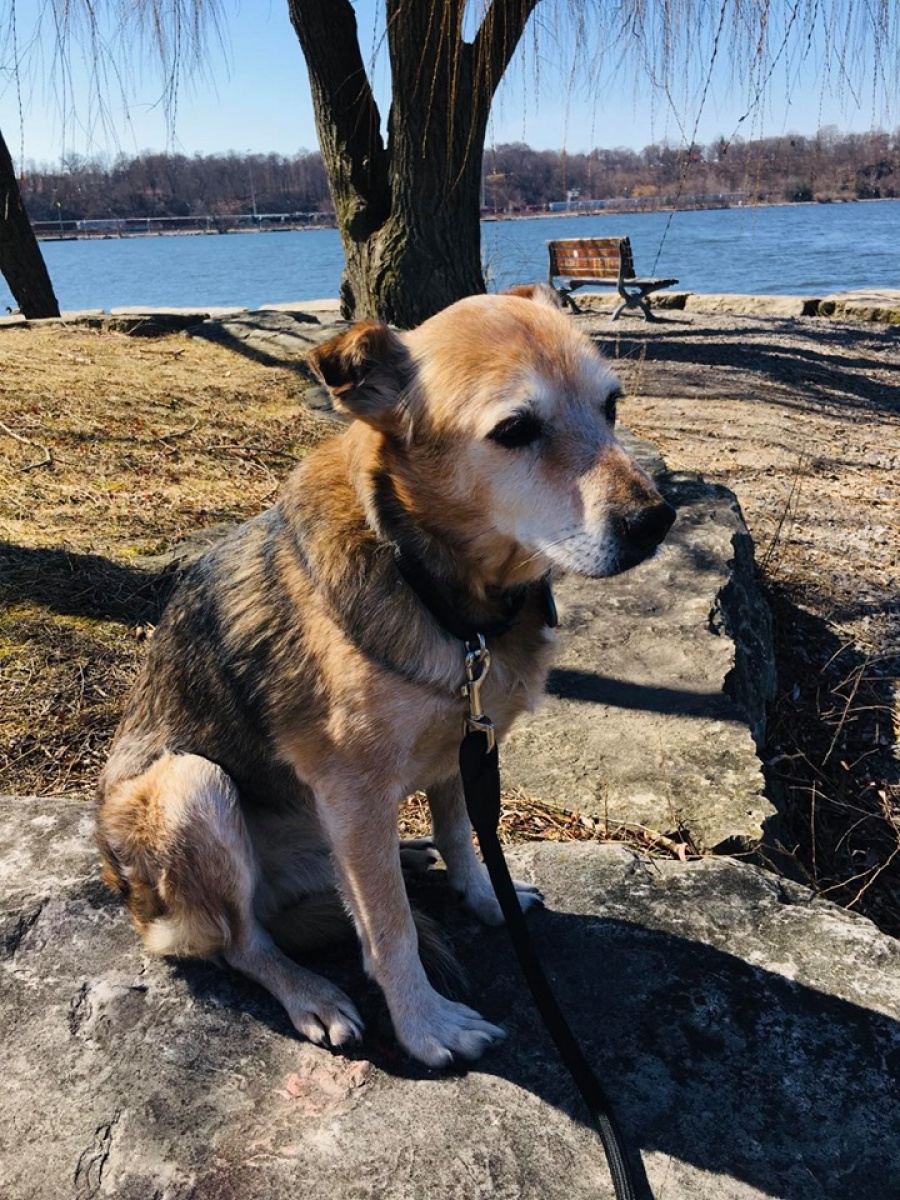 Meet Balthazar, our new CMO (Chief Motivational Officer). He brings good vibes, and makes sure his co-workers get out of the house at least twice a day for socially distant walks. With an office under the dining room table, his performance reviews are incredible – definitely treat-worthy. (Lexie Buchanan, Social Media Officer) 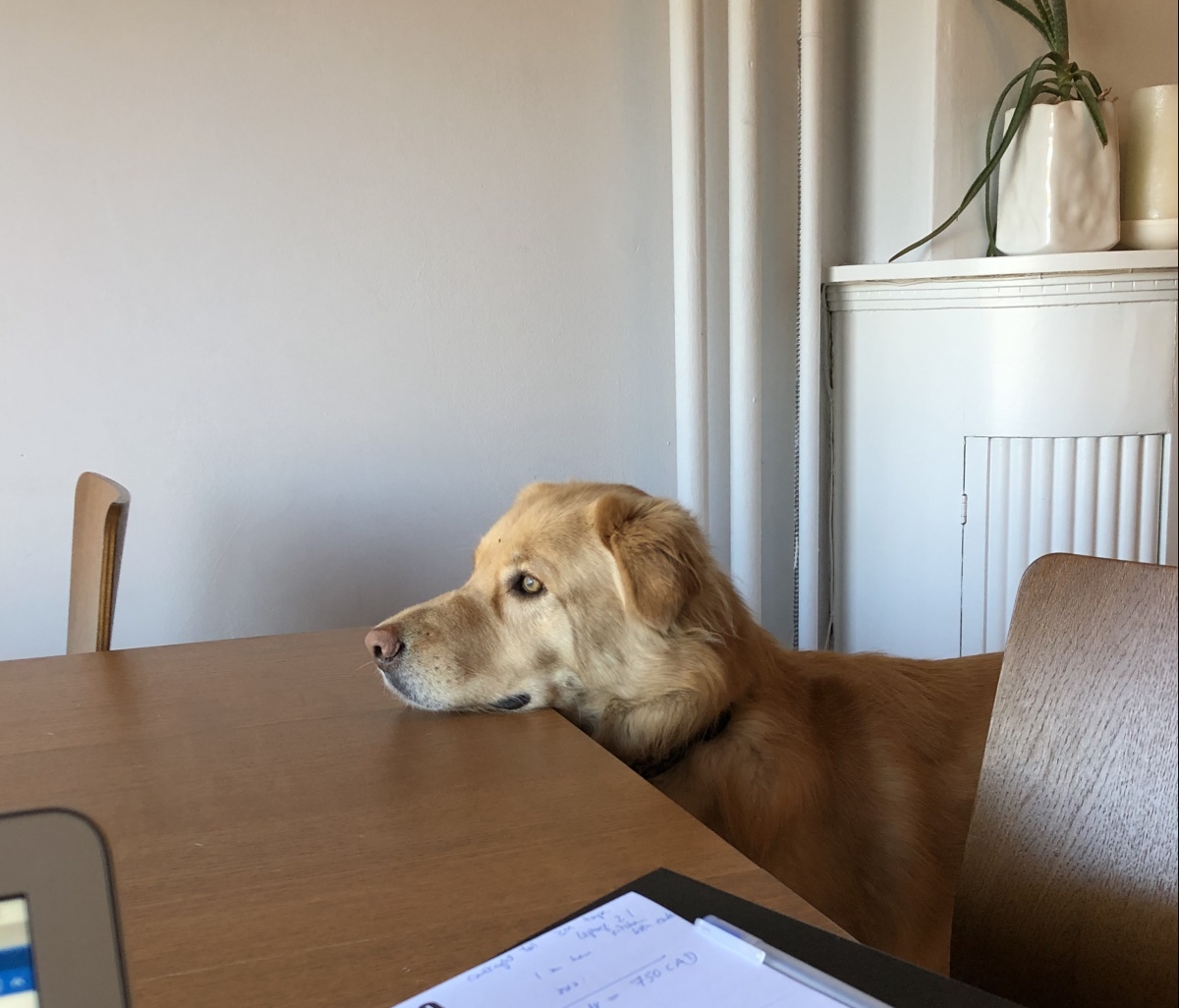 Thor hasn’t been very productive while working from home. His co-workers keep finding him asleep on the job. But that’s okay, he loves toys and we love him. (Taryn Sarkozi, Manager, Corporate Partnerships) 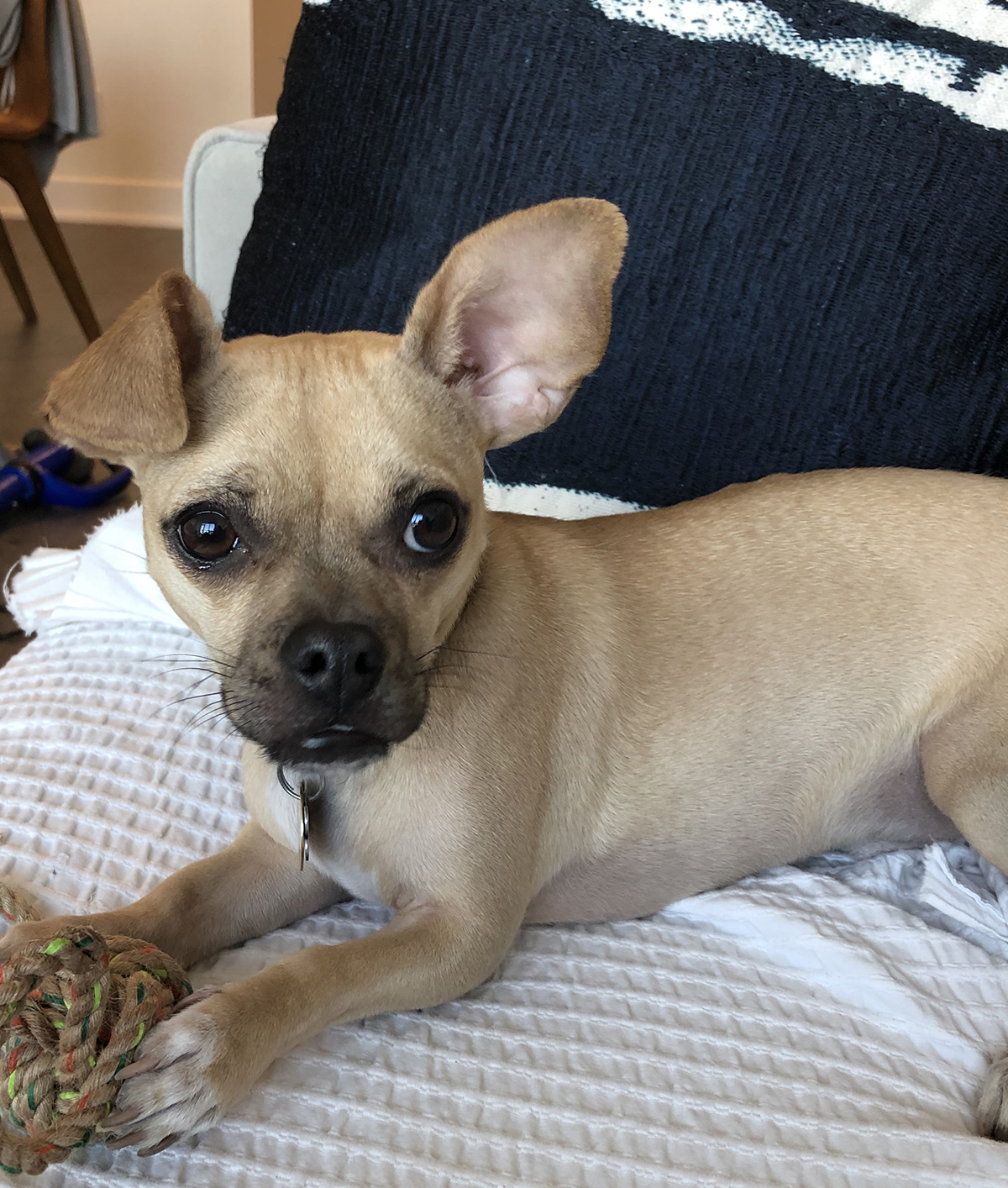 As a colleague, Olly the Dalmatian struggles with independent work. Every morning, he whimpers from the couch until his co-workers leave the home office to join him for snuggles. (Michael Watkins, Public Relations Officer) 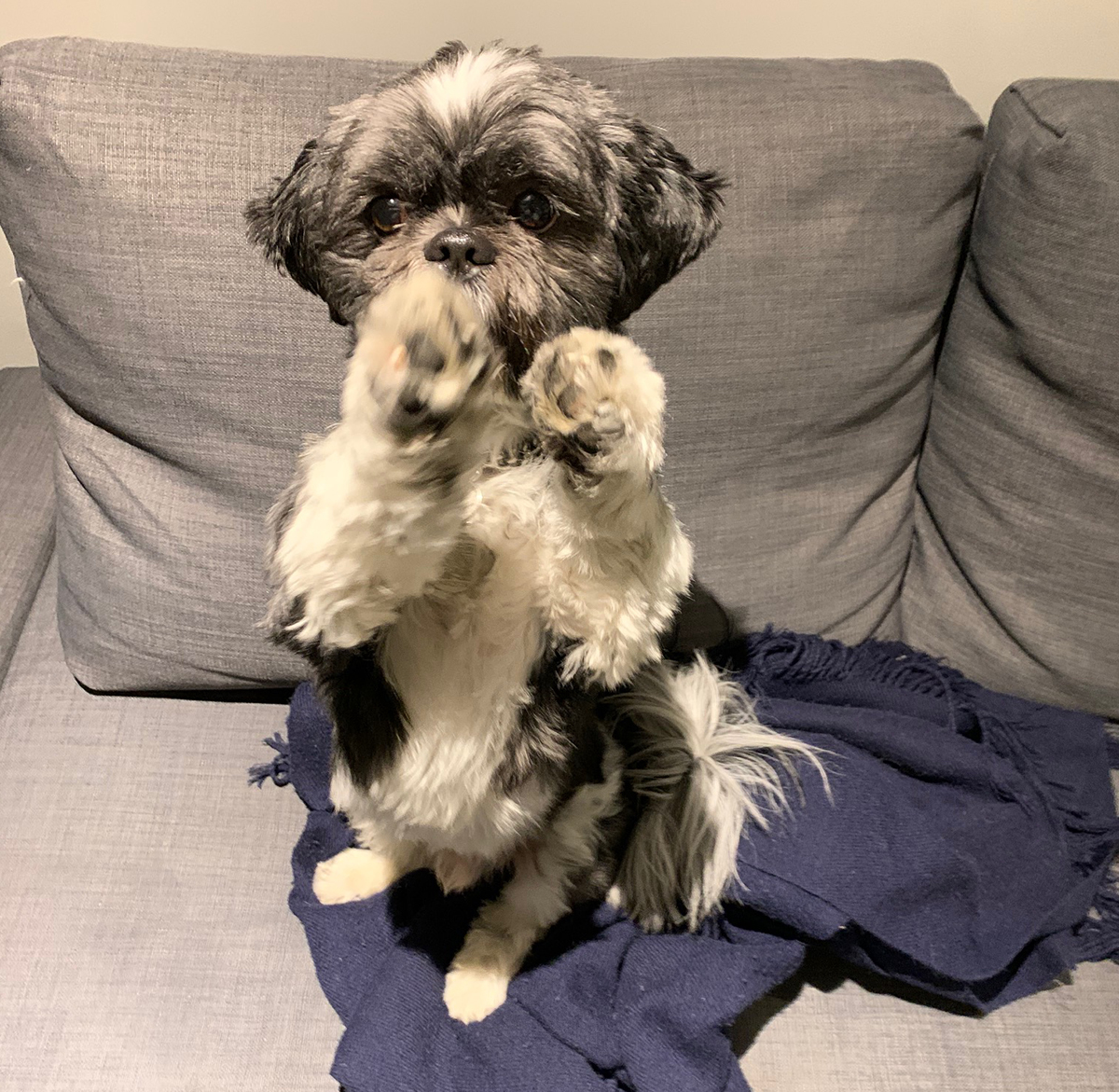 Meet Paddington, a seven-year-old Shih Tzu, rescued at age two. While a smaller member of the team, he can be a real bulldog in virtual meetings. (Lisa Clements, Chief, Communications & Brand)

Looking for more tutorials and art news from the AGO and beyond? Stay tuned to the AGOinsider.