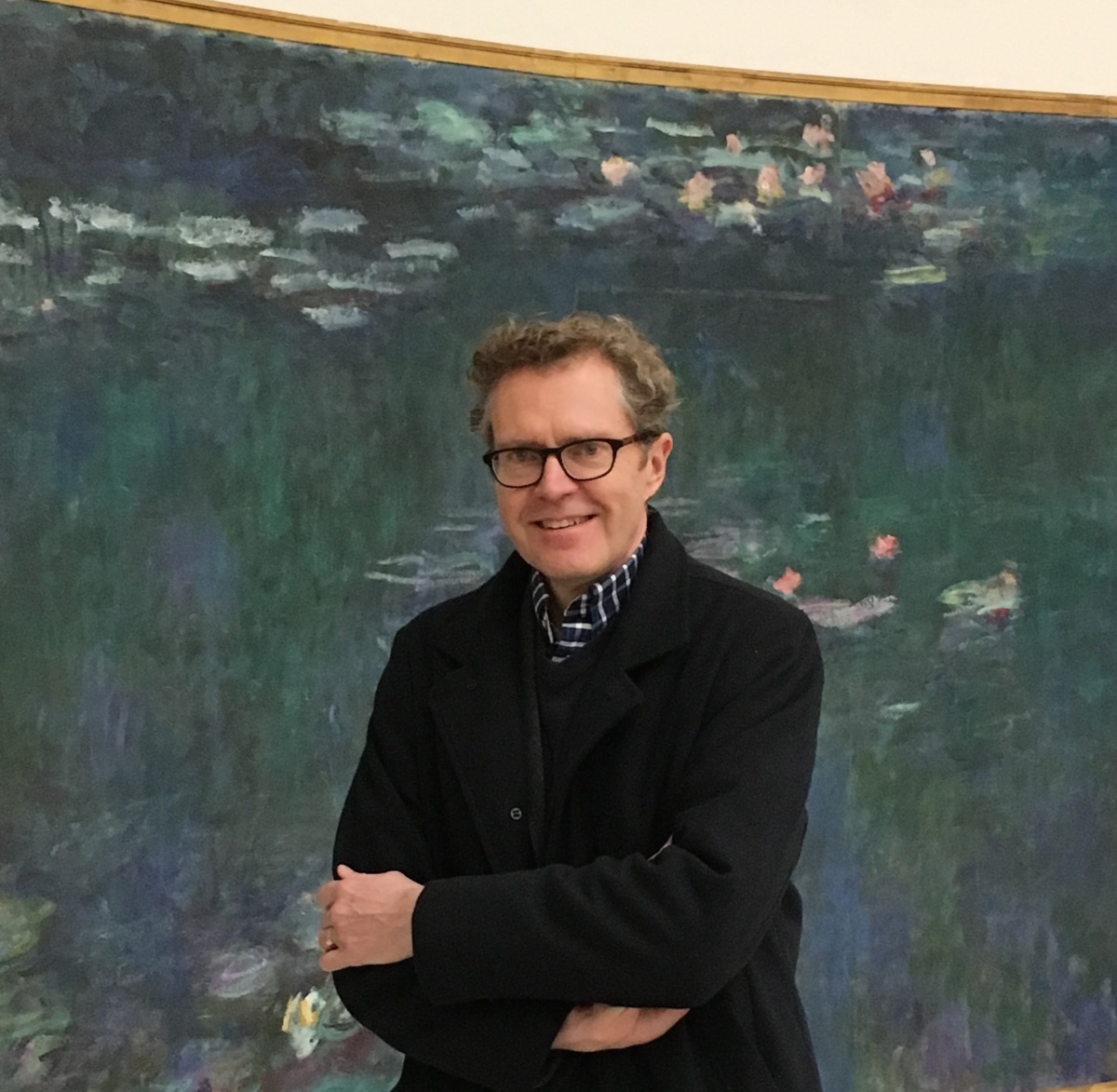 An “asylum of peaceful meditation” was how Claude Monet characterized his famed water lily paintings. Buffeted by cataracts, the death of his wife and son and the horrors of WWI, the French artist sought solace in light and colour.  In the fall of 2016, the acclaimed Canadian novelist and non-fiction writer Ross King gave a sold-out lecture at the AGO entitled Mad Enchantment: Claude Monet and the Painting of the Water Lilies. A recipient of not one but two Governor General’s Awards for Non-Fiction, King’s nuanced portrayal of Claude Monet that evening stands out as a dramatic reminder of creativity's unshakeable hold. It can be streamed here:

Inspired by this and eager for more insights into how artists have faced disease and uncertainty, we reached out to King.

AGO: Michelangelo, Brunelleschi, Leonardo, Manet and Monet all faced a plague. Is there a common thread in how these great artists responded to illness?

King: The consolation of history is that we learn how good things—artistically, politically, socially—can often come out of bad situations. Regarding pestilence and pandemic, the effects on the artists I’ve studied have been interesting. The plague in Tuscany in 1400 gave Brunelleschi his first break when he entered the competition for the new set of doors for Florence’s baptistery, commissioned as thanks for the city’s deliverance. Many decades later, a devastating plague in Milan in 1484 inspired Leonardo da Vinci to experiment with practical ideas for making city streets cleaner, in effect kickstarting his interest in civil engineering. As for Monet, the death of those around him seems to have inspired him to work, as if the act of painting could keep the Grim Reaper at bay.

AGO: When delving into an artist’s career, what is your starting point? Their artwork or their life?

King: Maybe inevitably, it begins with the art, which is always the first thing that I discover. But I then like to find out how, when, where and why the work was created. A painting is always much more than just a framed rectangle on a wall, and more than the sum of its formal qualities. There’s always a human story behind it. I like to look at artworks as processes rather than products, and as something created at a particular point in an artist’s life and a distinct moment in history. It’s all about context.

AGO:  Your books are celebrated for balancing complex detail and narrative. What’s your favourite piece of minutiae that you’ve gleaned about an artist?

King: They’re not very significant in the grand scheme of everything he did, but I love Leonardo da Vinci’s shopping lists. He was a compulsive list-maker, and some of them are quite surreal. In one list he makes himself a note to get a book on “useful inventions” before going on to itemize such artistic necessities as charcoal and chalk, as well as mustard, gloves, combs and towels. A fairly typical shopping list. Then he adds, matter of factly: “Get a skull.” His mind moved in mysterious ways.

AGO: In Boccaccio’s book The Decameron, everyone sits out the plague by telling stories. What stories would you recommend we read now?

King: History brings consolation and perspective, so reading a biography of someone who lived through a difficult period, or had a fraught life and career, can be a source of inspiration. A tragic biography can make us see that maybe our own problems don’t amount to more than the proverbial hill of beans. As I finish my own work, I’ve finally found time to read Nouritza Matossian’s Black Angel, the biography of Arshile Gorky. Now there was someone whose problems put everything into perspective! But for much-needed humour and escapism I’ve also been reading Anthony Berkeley Cox’s crime novels.

AGO: What does an art historian such as yourself do when all the museums are closed?

King: I’ve been fortunate in a way that the lockdown coincided with the last weeks of my work on my new book. But now that I’m more or less finished, I’ll really miss not going into places such as the Ashmolean Museum in Oxford, which for years has been an almost weekly place of artistic sustenance for me. But many museums now have much of their collection online, and I’ll look forward to making many virtual visits to places, both old and new, in the weeks ahead.