Tokens of Appreciation, a recently unveiled exhibition at Centre[3] for Artistic + Social Practice, considers convergent themes of place, memory, text and design. Maria Hupfield and Jason Lujan, the artists behind the exhibition and Native Art Department International (NADI), took inspiration from seemingly oppositional sources and aesthetics—photographic botanical studies, advertising and their artistic archives—to produce an explorative series of silkscreen prints. NADI, a long-term collaborative project distinct from Hupfield’s and Lujan’s individual art practices, comments on “communication platforms and systems of support in the art world, shifting focus away from essentialism and identity-based art towards cooperation and non-competition”. First launched in Brooklyn in 2016 and operating out of Toronto since 2019, their approach is intentionally multifaceted; comprising of “curated exhibitions, video screenings, panel talks, collective artmaking, and an online presence”. Tokens of Appreciation came together while NADI was completing the Incite Residency at Centre[3] (funded by the Incite Foundation for the Arts), at the invitation of curator Sally Frater. In operation as an artist-run centre since 2004, Centre[3] is a strong part of Hamilton’s art community, home to printmaking facilities, a digital media studio and gallery spaces, as well as education and community-based programming.

To learn more about the duo and their creative process during the residency, we spoke to Hupfield and Lujan as they prepared for the early November opening.

AGOinsider: For those less familiar with your practice(s), can you describe the meaning behind “Native Art Department International”, especially in regard to working in collaboration as well as identity-based art and colonial frameworks surrounding Indigenous art?

Hupfield: We are two different people so we have different takes on the name Native Art Department International. Jason likes to talk about the title being Native vs Native American and I like to point out that we are from different nations and countries. We both agree that we are and aspire to be International. 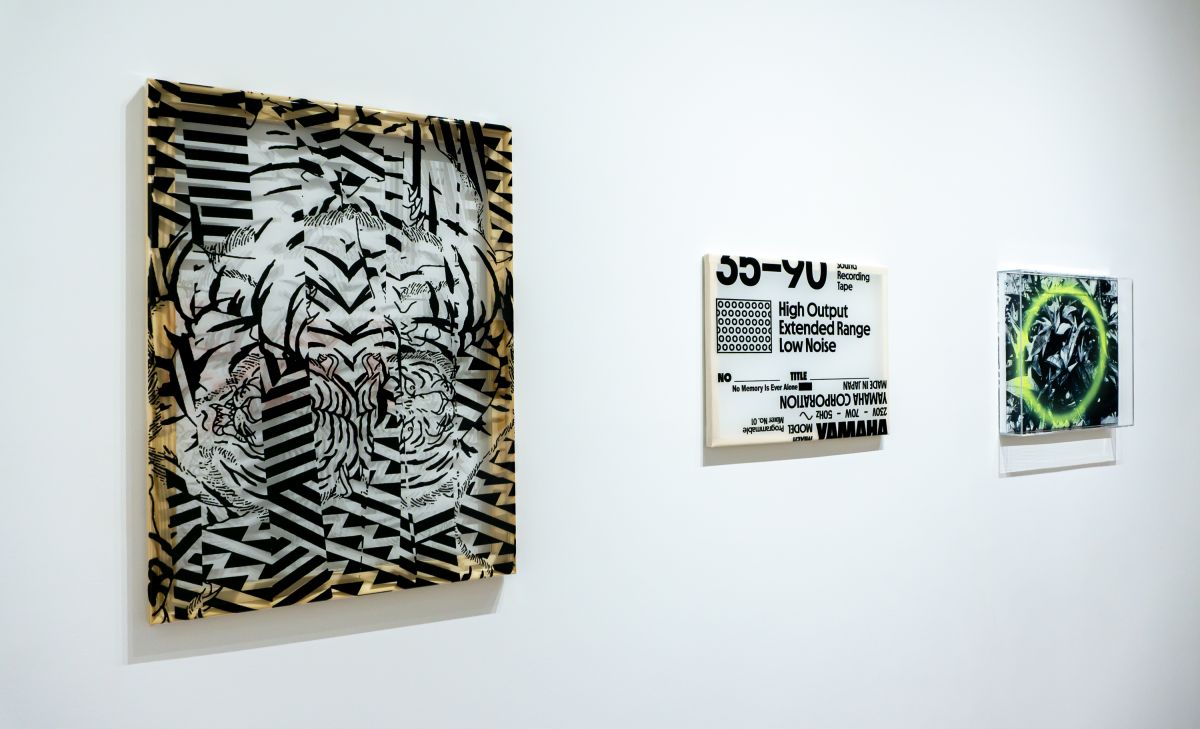 Left to right: Jason Lujan, Study for a House Divided and No Memory is Ever Alone, 2021. NADI, Untitled, 2021. Photo by Alex Borghesan. Image courtesy of Centre[3]

AGOinsider: You’ve merged different aesthetic choices into the work featured in the exhibition, like spray paint on reflective mylar and Pop art-inspired screenprinted flowers, for example.  Can you describe your creative process during the residency?

Lujan: We frequently find ourselves documenting the same thing at the same time. The images in the diptychs are intended to appear identical at first, but after more careful reviewing reveal themselves to be two separate images (photos) that are taken by two separate people (us, the artists). For the collaborative output for the residency and subsequent exhibition, we wanted to use display strategies and use materials that communicate counterpoint changes in focus, viewpoint and expression.

AGOinsider: From performance to video, installation, sculpture, panel talks and more, you work across a range of mediums together and separately as artists. What was it about printmaking that appealed to you during this residency?

Hupfield: This answer ties back into your previous question a little.  We used printmaking as a means of mechanical reproduction to actually make one-offs which would seem to be counterproductive however it accurately reflects our learning process. We both resisted the repetition of routine and became obsessed with experimentation such as printing screens on unconventional surfaces. For example, the diptychs appear to be identical prints but to a trained printmaker's eye are actually two separate screens. 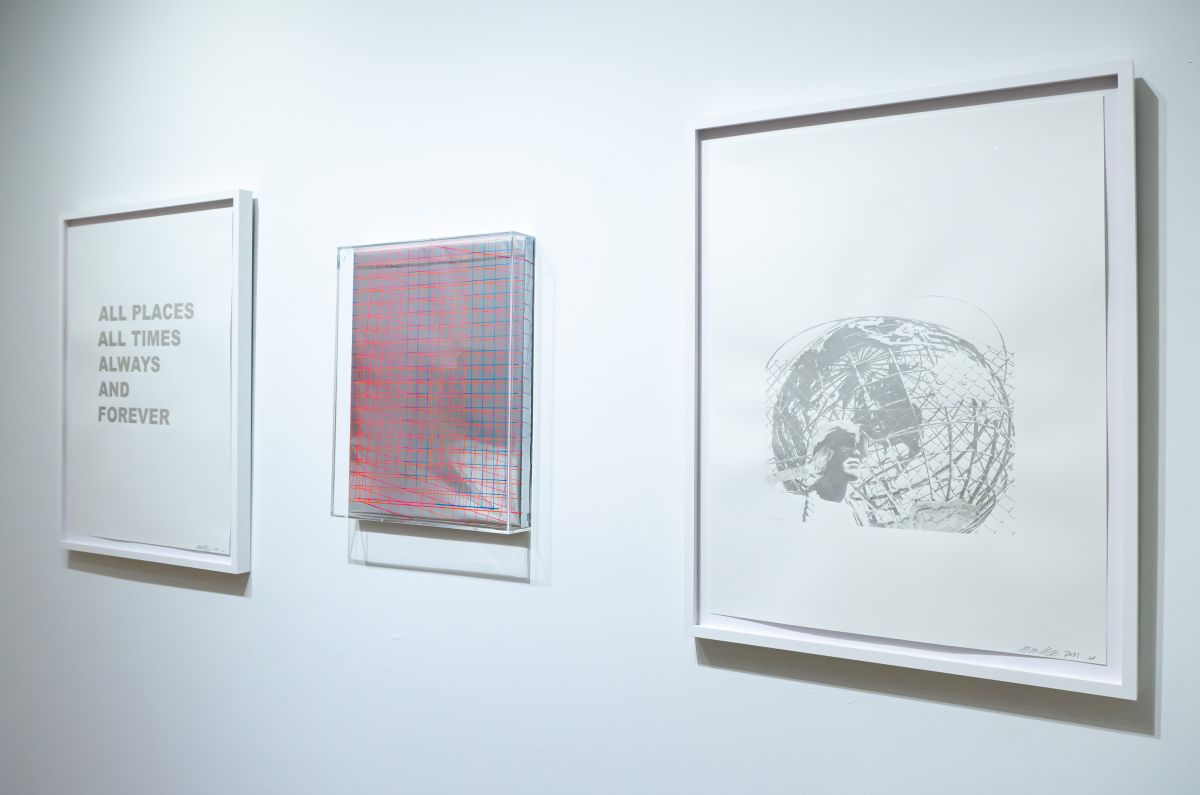 AGOinsider: Do you see these works as a departure or progression in your collaborative practice in comparison to previous works and exhibitions?

Lujan: When we collaborate, we always choose an organic process of experimentation to question the borders separating art and everything else. Whether this work at Centre[3] is a departure or progression (in terms of visuality) is somewhat beside the point; the focus is always to hold ourselves as artists and partners accountable to each other in being creative. 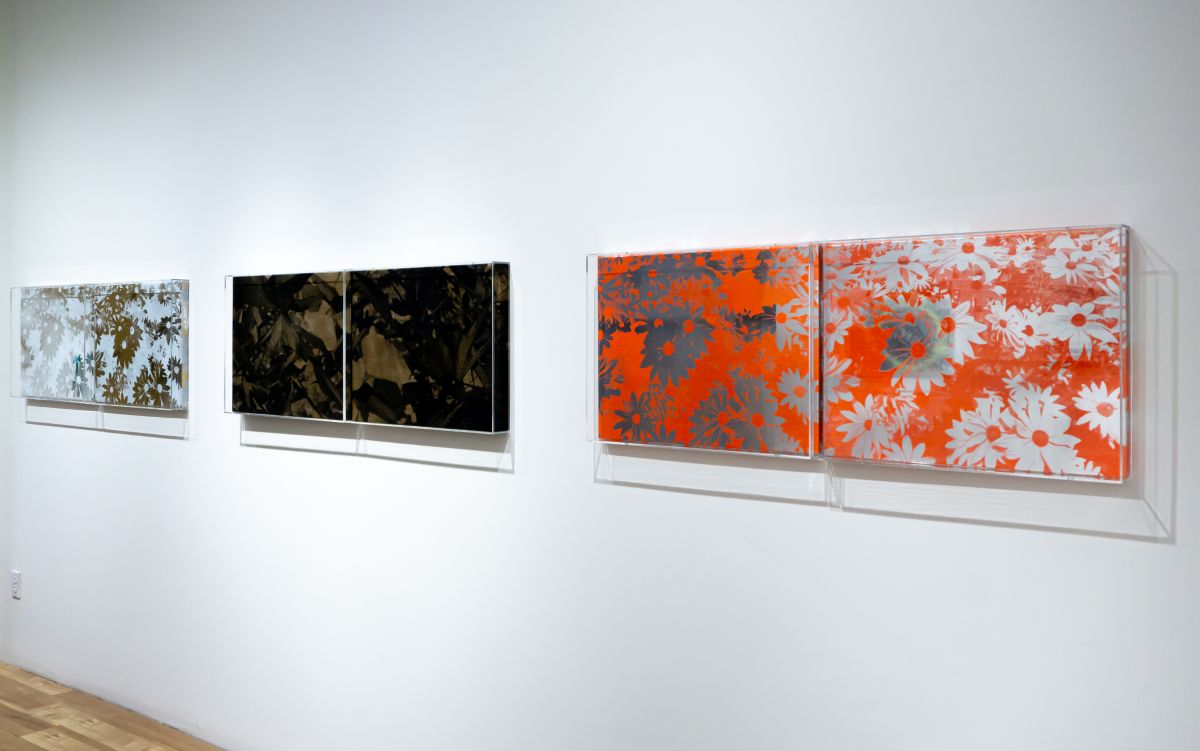 AGOinsider: How, if at all, has this residency shifted your practice as artists working together and separately? Has it influenced the way that you think about collaborating with each other and other artists/creatives?

Lujan: The commute [from Toronto to Hamilton] put a lot of pressure on us to produce and without the restrictions of a clear project direction at the start, we found ourselves with too many options that also had to be worked through on a practical level before a result could be seen. To be frank, we produced more waste than we were comfortable with, but that’s sometimes the cost of experimentation. The staff at Centre[3] have all been extremely supportive and we now count them as friends in our ever-expanding circle of community, thus the title of the exhibition. 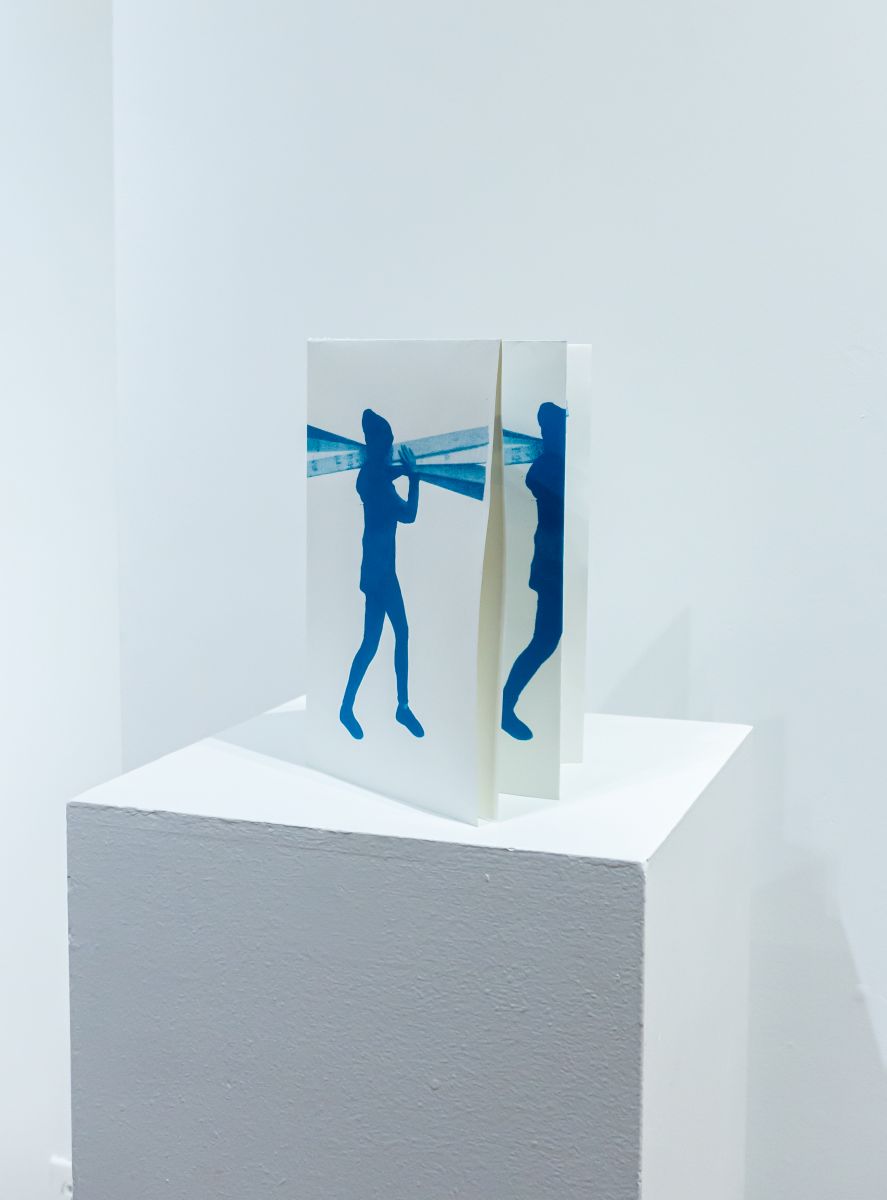 AGOinsider: In the past, you’ve discussed your work as being in relationship to place. What was it like to work during COVID-19 lockdowns in an artist-run space like Centre[3] in a city like Hamilton?

Hupfield: The commute gave us time to process, a destination, and purpose. We are used to city living where we would find ourselves in transit as part of our daily routine. When we lived in Brooklyn before moving to Toronto in 2019, the MTA in New York City was one of the places where I would get some of my best ideas. The pandemic changed the creative energy and flow of cities which is something I missed. On our drives to Hamilton, we would plan what we would eat and work on [and during] the return trip we would share our discoveries. The switch in routine and expectation gave us space to be open to both new and sometimes difficult conversations. We also learned Hamilton has delicious food.

Lujan: Centre[3] took every precaution to make us feel safe and also unhindered to work in the print studios. What seemed like overkill then now is fully appreciated by us. Despite elements of social isolation, there were still plenty of moments of friendly conversation. The images of plants could be seen as a response to working inside a windowless print studio.

Tokens of Appreciation is on view until December 4 at Centre[3] in Hamilton’s downtown core. NADI is also featured in Greater Toronto Art 2021 (GTA21), a new triennial survey exhibition hosted by MOCA on view until January 2022. Learn more about that exhibition here.