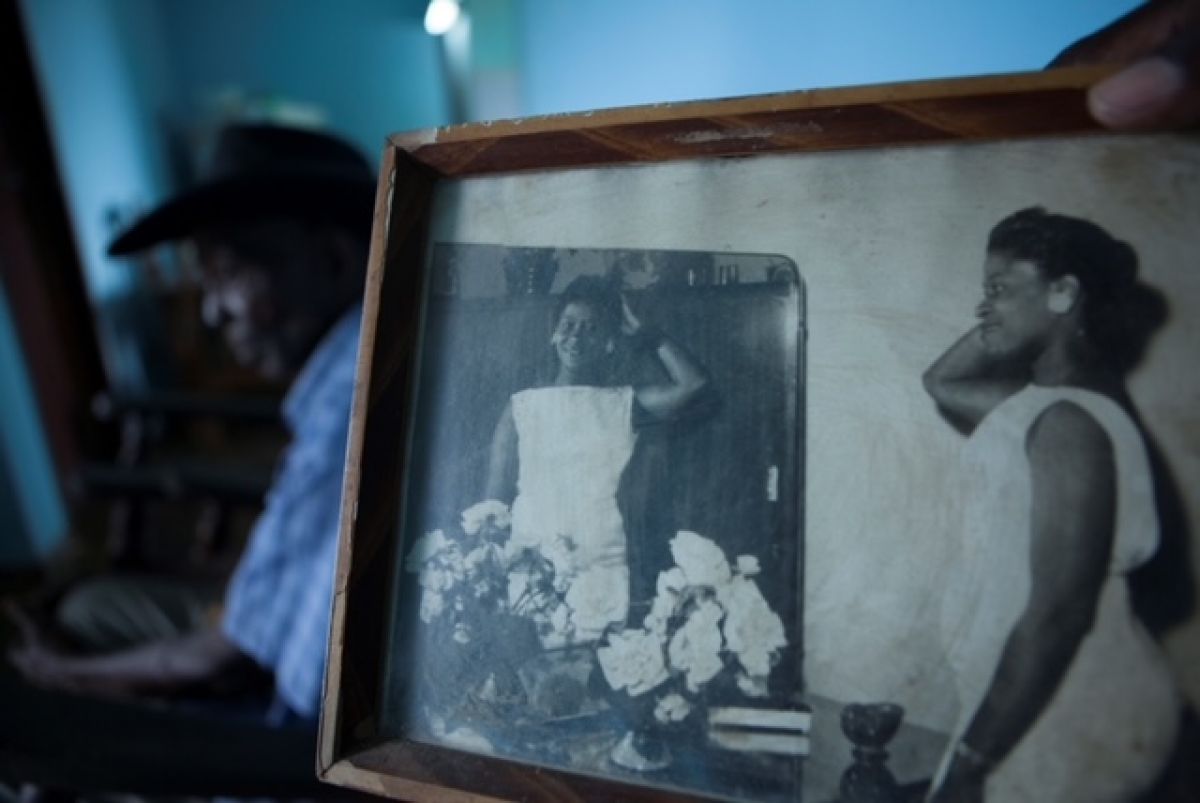 In 2014 Canadian contemporary artist Ed Pien set his course for San Agustín, Cuba, to begin work on a project that would define a major portion of his art practice for the foreseeable future. In collaboration with Canadian curator Catherine Sicot (who was based in Cuba at the time), Pien sought to create a time-based work that involved chronicling the complex lives of San Agustín’s senior residents. His video documentation of the intimate and candid stories of 13 Cuban seniors became the basis of the landmark exhibition Ed Pien Present: Past/Future opening June 25, at the AGO.

Combining audio, video, photography and furniture into an immersive, multisensory environment, the exhibition explores the passing of time. In doing so it surfaces the life stories of 13 Cuban seniors - with whom Pien has been routinely meeting and interviewing in their respective homes for the past eight years and plans to continue as long as life and circumstances permit. His interview process began with a list of questions focused on the participants’ perception of time. Along with asking these questions at each encounter, Pien’s visits were continually enriched by varying forms of interaction, as the exhibition demonstrates.

Though each participant shares distinctly different stories, their historical narratives align significantly. January 1, 1959, marked the official beginning of the Cuban Revolution. This uprising was the culmination of several attempts by Fidel Castro and his comrades to  overthrow the pro-American military dictatorship of Fulgencio Batista.  They succeeded and soon established a communist model with strong ties to the Soviet Union. The participants in Pien’s project were all impacted, some were compelled to participate  in the Revolution during their youth. In light of this and of current political repression, Pien was mindful not to ask questions that would cause his subjects discomfort or put them in danger.  After documenting each encounter, Pien’s editing process is extensive; including collaborations with editors and translators in Cuba and in Toronto. In this exhibition, he presents his own perception of the individual narratives and the personalities he got to know during his time in San Agustín. The artworks also convey the experience of time passing, and the impact of time on everyone involved.

The exhibition contains  an installation of various pieces of furniture sourced from different people in and around Toronto. This immersive sculptural environment is animated by different elements including vintage TVs and other domestic objects . Moments shared by Pien and the participants appear in video interviews, short video clips, portraits, and objects exchanged between parties.

Ed Pien is a Canadian artist based in Toronto. He has been making art for over 30 years. Born in Taipei, Taiwan, he immigrated to Canada with his family at age 11. Pien has shown his work extensively, both nationally and internationally.

Ed Pien Present: Past/Future goes on view June 25. Don’t miss the exhibition’s opening event featuring Ed Pien and curator Catherine Sicot happening this Saturday, June 25 at the AGO. Subscribe to the AGOinsider for more stories and art news, delivered each week to your inbox.