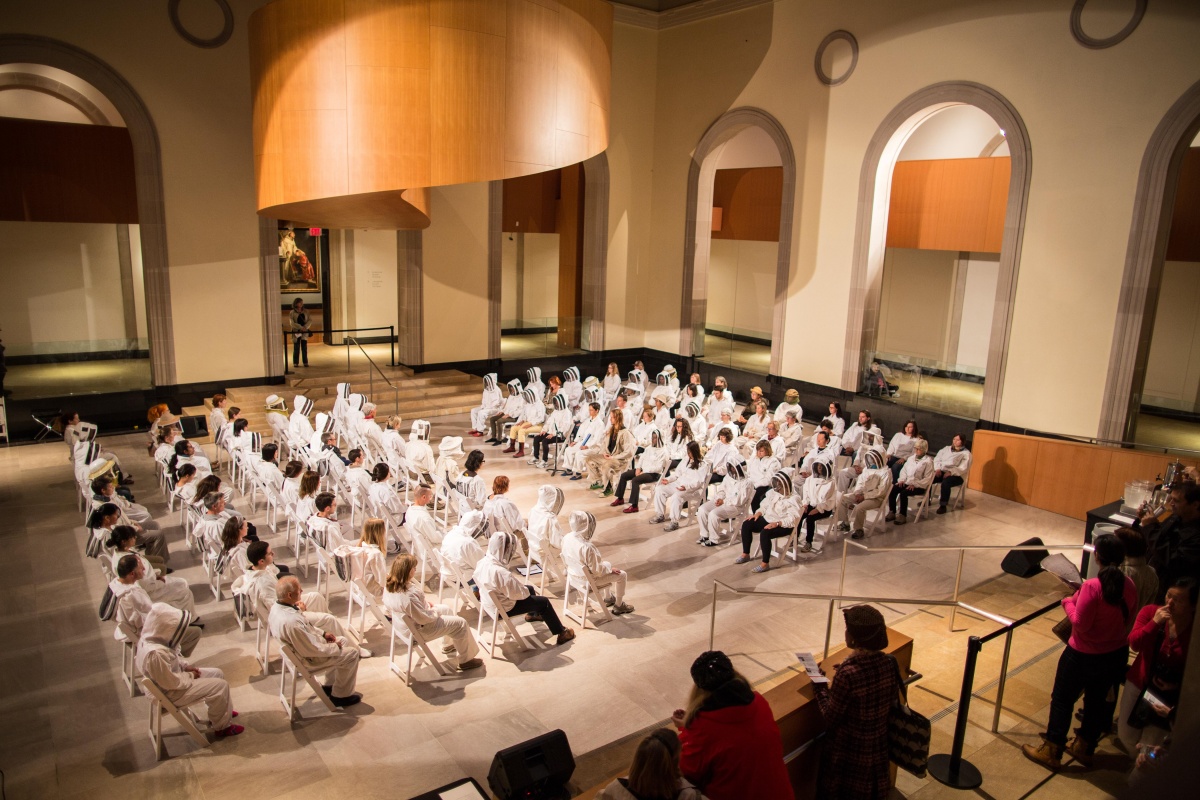 From Your Temper, My Weather, 2013 © Diane Borsato. Courtesy Jennifer Rowson and the artist.

For Scotiabank Nuit Blanche 2013, our current artist-in-residence, Diane Borsato, presented a major new performance with 100 regional beekeepers in Walker Court. While exploring the tangible effect of collective meditation, Your Temper, My Weather asked viewers to reflect upon the health and temper of bees and their keepers and on the policies and environmental conditions that affect our shared future. The night’s choreographed performance featured periods of guided, silent meditation, plus synchronized stretching and musical accompaniment.

Beekeeper © Diane Borsato, 2013. In collaboration with Winnie Truong. Courtesy of the artist.

The live performance ran from 6:51 p.m. until midnight with short, periodic breaks, and a video of the performance was screened in Walker Court from 1 a.m. to 7 a.m.

An accompanying piece by Toronto artist Winnie Truong, Beekeeper, was on display in the Elizabeth & Tony Comper Gallery. Borsato commissioned Truong to create this large illustration of a beekeeper stung in the eyes by bees.

Diane Borsato is a visual artist working in various media. Recently, she has worked with amateur naturalists including mycologists (botanists specializing in fungi), astronomers and beekeepers in projects that explore social, mobile and multisensory ways of exploring natural phenomena. Borsato will be in residency at the AGO until Nov. 8, 2013.