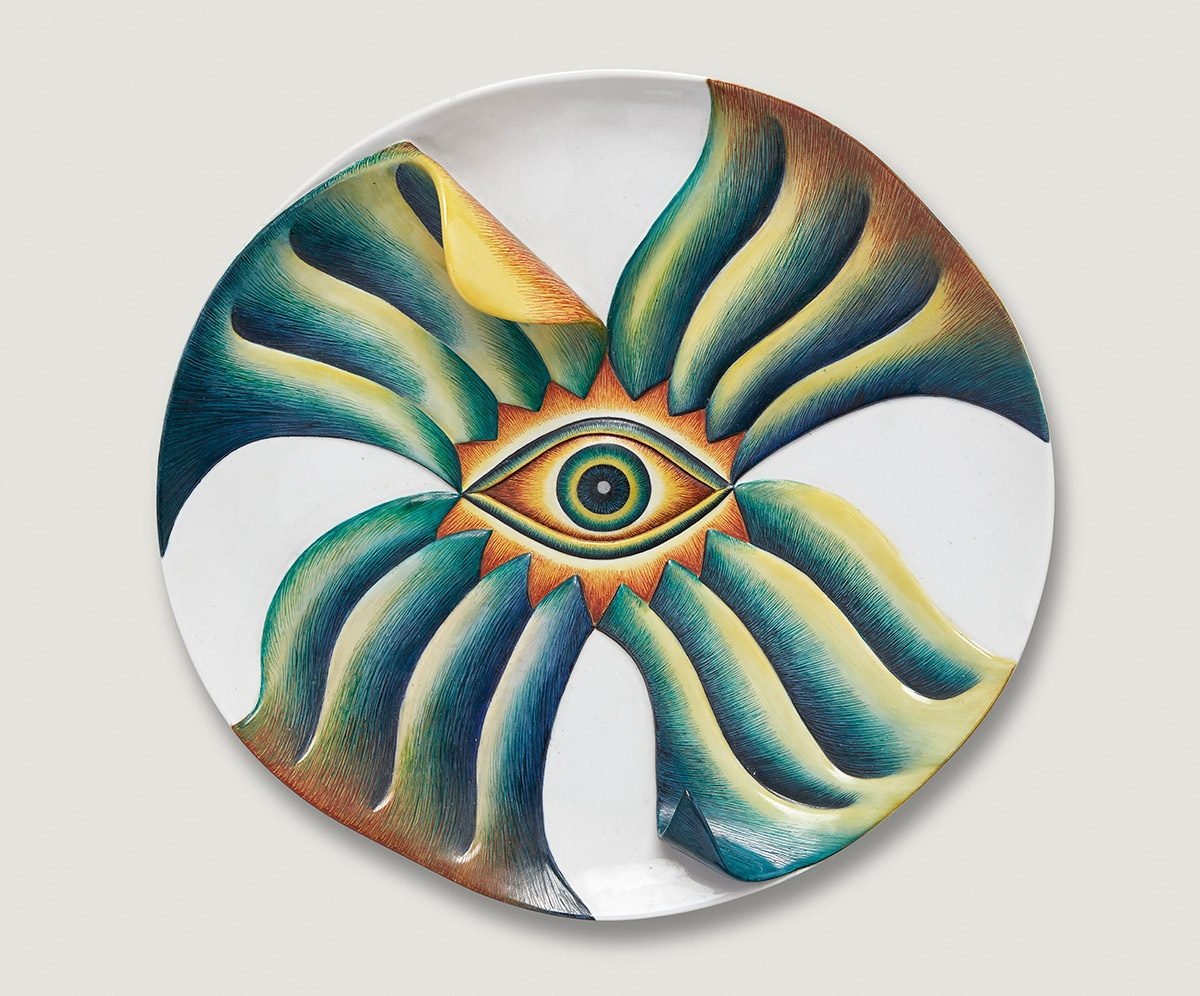 In the world of art, patriarchal and misogynistic practices have had a long-standing presence that is slowly but surely being dismantled by female artists, allies and arts institutions. This important work is possible today due to the efforts of pioneering figures such as the fierce feminist artist Judy Chicago.

An artist, author and educator, Judy Chicago has had a diverse and decorated career that earned her an iconic status among feminists and beyond. Her hallmark exhibition, The Dinner Party, is a large-scale installation that boldly addresses the erasure of women’s contributions from history. Presented at the AGO in 1982, The Dinner Party consists of three long tables arranged in a grand triangle, complete with 39 elaborate place settings. Each is marked by a uniquely crafted ceramic plate, representative of a significant woman in history. In 2019, the AGO acquired six preparatory works created by Chicago for the original installation, including four ceramic plates and two drawings. This body of work was gifted by a Calgary-based group of female art collectors called ARTdivas Inc.

Born in Chicago in 1939, daughter of a dancer and a labour organizer, Judith Sylvia Cohen fell in love with art at an early age. As a child, she received her first technical art training taking figure drawing and painting classes at the Art Institute of Chicago. In 1964, she earned a master’s degree in painting and sculpting at UCLA and began practicing as a professional artist. In the early 1960s, as one of the only woman associated with the famous Ferus Gallery in Los Angeles, she experienced exclusionary treatment by men in the arts industry. In response to this, and as a form of resistance, she gave birth to her new, feminist artist persona: Judy Chicago.

Chicago immersed herself in art and literature made by women and started creating work inspired exclusively by women. In 1970, she got her start as an educator at Fresno State College, founding the first-ever all-women’s Feminist Art Program in the United States. About a year later, she reestablished the program on a much larger scale at the California Institute of the Arts. There, Chicago and artist Miriam Schapiro created the major group installation Womanhouse. In collaboration with 21 of their students, Chicago and Schapiro renovated a dilapidated mansion, converting the rooms into unique structural environments of feminist art. During this period, she began to study the fine art of porcelain painting, ultimately leading to the creation of The Dinner Party.

Chicago’s masterpiece, which took four years and 400 volunteers to complete, is revered and celebrated today, but that was not always the case. Although thousands flocked to see The Dinner Party when it premiered, within months the show was abruptly cancelled. This was due to harsh criticism from many of Chicago’s critics and colleagues, questioning the work’s artistic validity. It wasn’t until the Brooklyn Museum acquired The Dinner Party in 2002 that the work found a permanent home where it could be regularly viewed.

Steadfast in her creative vision at 81 years old, Judy Chicago continues to add to her incredible legacy today. In 2019, she presented  The End: A Meditation on Death and Extinction, a solo exhibition at the National Museum of Women in the Arts in Washington D.C.

Are you an AGOinsider yet? If not, sign up to have stories like these delivered straight to your inbox every week