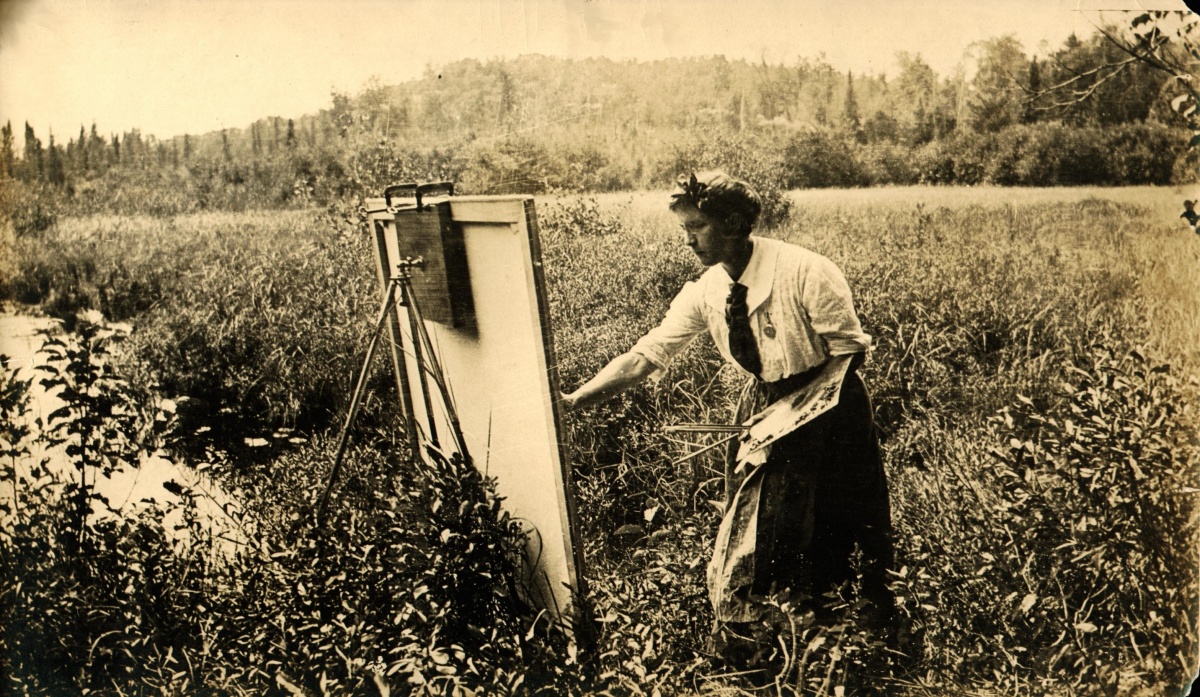 “Give people their flowers while they can still smell them.”

Though the origin of this familiar adage is unknown, it has been powerfully expressed by some of history’s most influential people, from Anne Frank to Kanye West. While the list of living artists due for roses is long, the sentiments of this famous proverb can also be used for those no longer with us—who may not have received the bouquets they were owed. This includes Canadian artist Mary Wrinch, who was a leader in printmaking, landscape painting and watercolour portraiture. An upcoming exhibition of her selected works from the AGO Collection will illustrate exactly why.

On view starting September 26 in McLaughlin Gallery (galleries 201 and 247), Mary Wrinch: Painted From Life is the first public display of the AGO’s watercolour miniature portraits on ivory, painted by Wrinch in the early 1900s. The portraits are all under 10 square centimetres in size, yet they manage to display a striking and complex use of colour, applied with a paintbrush that could be as fine as a single hair. Most depict women from Toronto, usually from the arts community, vividly documenting the unique fashion style of the time, and telling us much about feminine self-expression. While their identities are unknown today, the sitters’ personalities shine through in the miniatures, which were painted from life instead of from photographs.

Additionally the exhibition features a selection of Wrinch’s linoblock prints of Canadian landscapes and botanicals. In her prints, she compressed colour, light and shadow into basic forms to create simple yet realistic representation. A series of Wrinch’s carving blocks and working proofs are also displayed as examples of her highly technical printmaking method.

Born in 1877 in the U.K., Mary Wrinch immigrated to Canada with her family as a child, settling in Toronto at eight years old. By the 1890s, she was studying printmaking and painting at OCAD (then known as the Central Ontario School of Art) under George Agnew Reid, and alongside artists Laura Muntz Lyall and Robert Holmes. After completing graduate studies in London, England, she returned to Toronto, becoming Art Director at the Bishop Strachan School. While maintaining a career as an educator and arts advocate (member of the Ontario Society of Artists and the Women’s Art Association of Canada), Wrinch continued to hone her technical skills in painting and printmaking.

Although the Group of Seven are known for their iconic depictions of Northern Ontario landscapes, Wrinch had the idea first. Her paintings of landscapes in the Muskoka region pre-date the Group of Seven by about 10 years, and were in fact an inspiration to them. She was an important and powerful figure for women artists in the male-dominated Toronto arts scene of the early 1900s. By selling her commissioned watercolour portraits, she created a self-determined enterprise as an artist— which for the time was very uncommon.

While her excellence in art and influence in community were undeniable, Mary Wrinch was not given a major public exhibition until the late 1960s—quite a glaring oversight. Her work has since been acquired by a number of prominent Canadian art institutions including the AGO, The Montreal Museum of Fine Art, and the Vancouver Art Gallery.

Don’t miss Mary Wrinch: Painted From Life, on view starting September 26 in McLaughlin Gallery (g-alleries 201 and 247) at the AGO