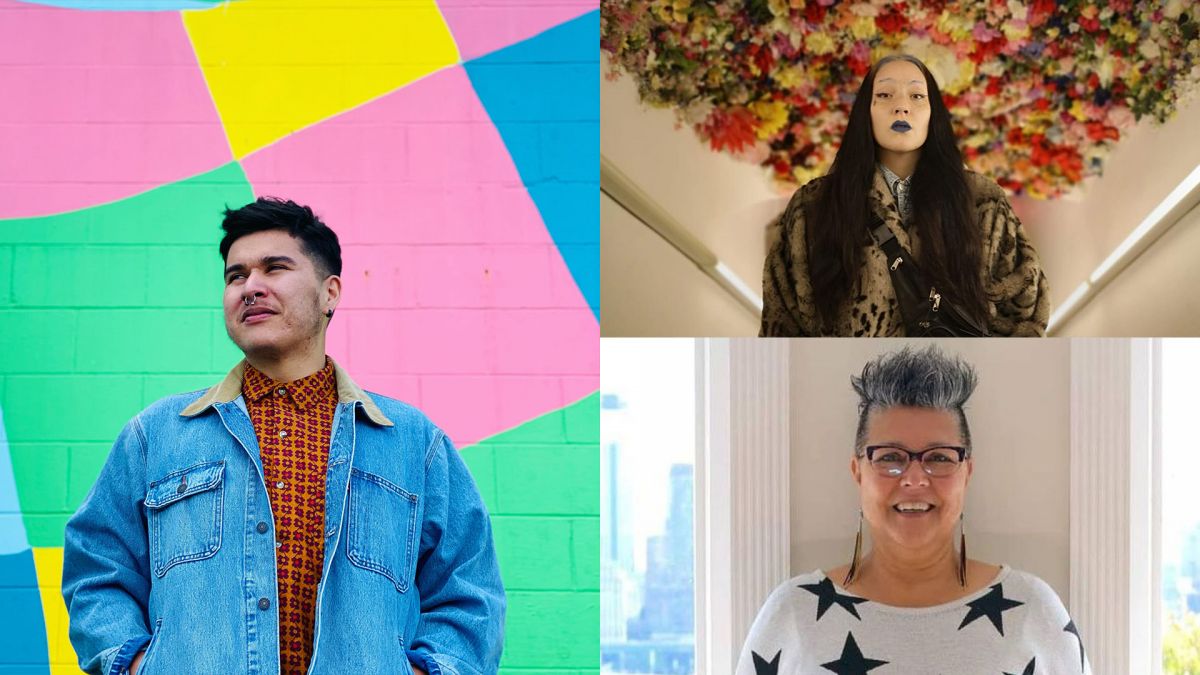 A living archive of Indigenous thought, aabaakwad returns to the AGO this weekend, bringing together artists, scholars and makers from around the world for celebration and conversation in person and online. Now in its fourth year, 2021 marks the first time a poetry reading will be included in the annual gathering. In anticipation, we reached out to the participating poets — Billy-Ray Belcourt, Timimie Märak, Janet Rogers as well as the session moderator and scholar Liisa-Ravna Finbog — to ask what role poetry plays in Indigenous art.

No stranger to the AGO, poet and writer Billy-Ray Belcourt is from the Driftpile Cree Nation: it was back in 2019 that he spoke about his book NDN Coping Mechanisms: Notes from the Field in Baillie Court. “Indigenous poetry, like other art forms,” he says, “examines the beautiful and terrible world. It is as vital as the world.”  You can read his 2019 poem, NDN Homopoetics here.

For Timimie Märak, a Sámi poet living in Stockholm, poetry is both intensely personal and one of many artforms that gives shape to Sámi culture. “Everything I do and say is something I am repeating to myself. The easiest and hardest thing to do is to try to live a good life and to be as happy as possible...I am a poet, but I do what makes me happy,” Märak says. And yet, for this poet, when it comes to writing down their work and publishing it, they rebel. “We haven’t had written traditions for very long - but if you look at the handcrafts, they are very poetic, an artform in themselves. Even though we only have (in the Sámi language) one pronoun, you can see what area we come from, what region we come from, our gender identity, all of us, in the objects we wear and make, in our knives. These are written stories without words.”

So, while poetry has exploded in popularity amongst artists in Sápmi, for Märak, the old traditions are their preference.  “I haven’t released anything in print,” they say, “because our language has been stolen and denied for so long, and I don’t want my words to just be written in Swedish and English. I want it to be in Sámigiella and Swedish, as a learning tool. But also, the printed word, the work on paper, is one of the most colonial things I can think of. Every time someone says it must be written down, I think of people saying, “If you don't have papers, you don’t own this land.” You can read a poem by Märak here.

Liisa-Rávná Finbog is a Sámi archaeologist and museologist from Oslo/Vaapste/Skánit on the Norwegian side of the border. Acting as the moderator for the panel, Finborg sees poetry as a way that Indigenous struggles and victories can be shared. “Even if a poem or a poet from another Indigenous culture is read or heard, the issues will somehow also resonate with most Indigenous people. Think for instance on the notion of sovereignty. We implicitly understand that while it might not mean the exact same thing, what it signifies to us is the same. Because sovereignty means living as an Indigenous being — and how that works within specific Indigenous cultures might be different, but it represents a similar goal.”

“The role of poetry in Sámi communities is and has always been ongoing. We speak poetically, and our languages have immense words for things that in English have one or few. But this isn’t to suggest that poetry is in any way limited to the page or the spoken language... I would also say that poetry gives us new arenas to practice our ways of being, knowing and doing. And the beauty of it is that it connects on many levels. So, while it might direct one meaning to colonial society it also creates multiple levels of stories and narratives that resonate within our communities as well.”

Happening virtually on Sunday, December 5 at 2 p.m. EST, registration for the poetry reading and panel discussion Sovereign Words is free. For more details about this and other programming, visit www.aabaakwad.com.  aabaakwad is presented in partnership with the Canada Council for the Arts.

Be sure to subscribe to AGOinsider for more news about arts and culture from Toronto and around the world.