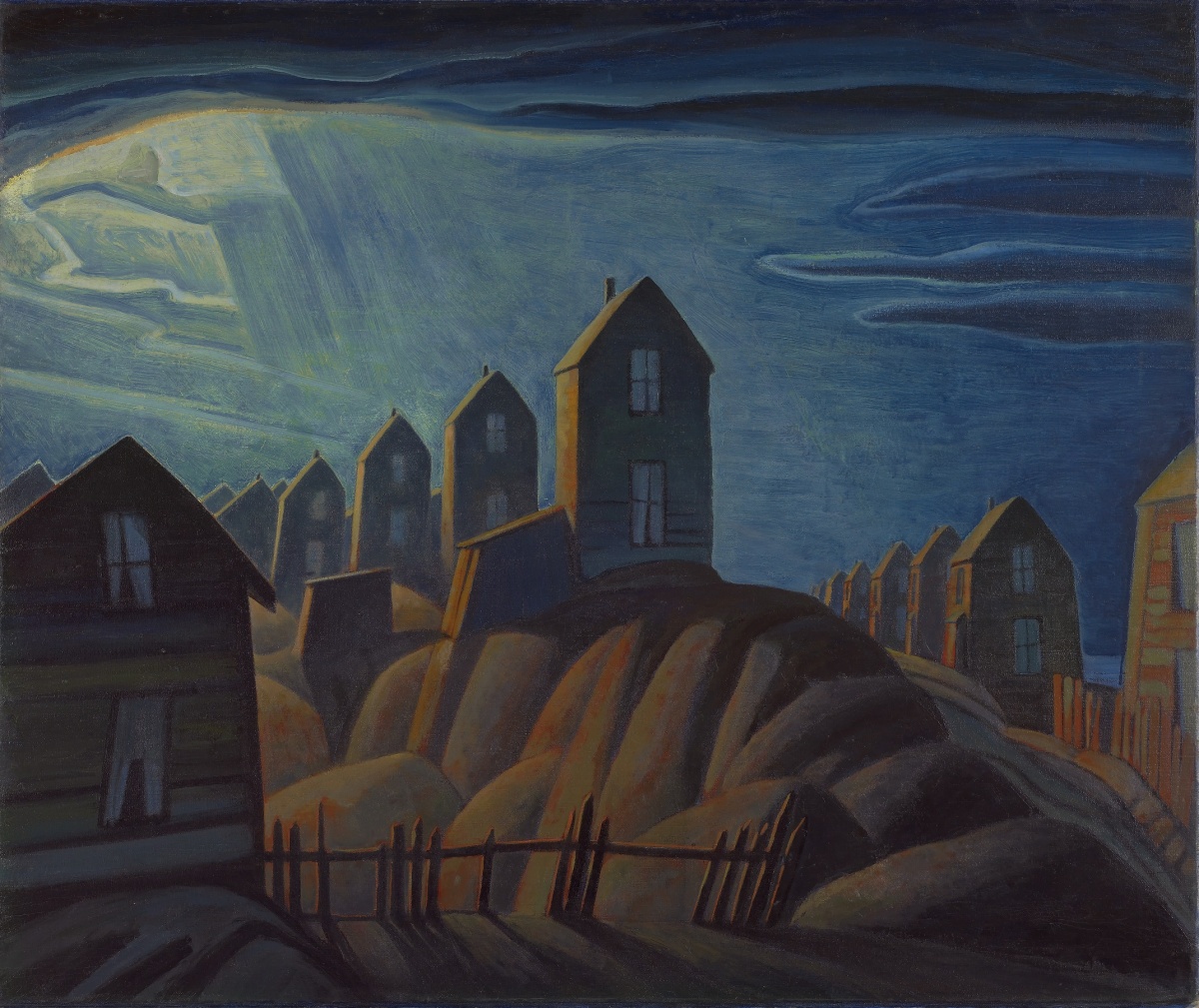 In May 1920, seven Canadian artists came together for what would later be regarded as a milestone event. Collectively, at the Art Gallery of Toronto (now the Art Gallery of Ontario), Franklin Carmichael, Lawren S. Harris, A.Y. Jackson, Frank H. Johnston, Arthur Lismer, J.E.H. MacDonald and F.H. Varley held their first exhibition as the Group of Seven. Today, Canada Post marks the centenary of the occasion with the release of a stamp collection featuring paintings from each original member of the Group of Seven.

One of the original members was Lawren S. Harris. Born in Brantford, Ontario, Harris was a catalyst in the formation of the Group of Seven and helped finance the studio space built for the future members of the Group. He began his painting career in 1908 with street scenes of the poorer parts of Toronto. Though he continued painting urban subjects, Harris shifted his attention to the landscapes of Ontario’s Near North and a more abstracted, geometric technique that would later become his iconic style. He would encourage future Group of Seven trips by rail to Ontario’s Algoma region where many of their works were conceived. 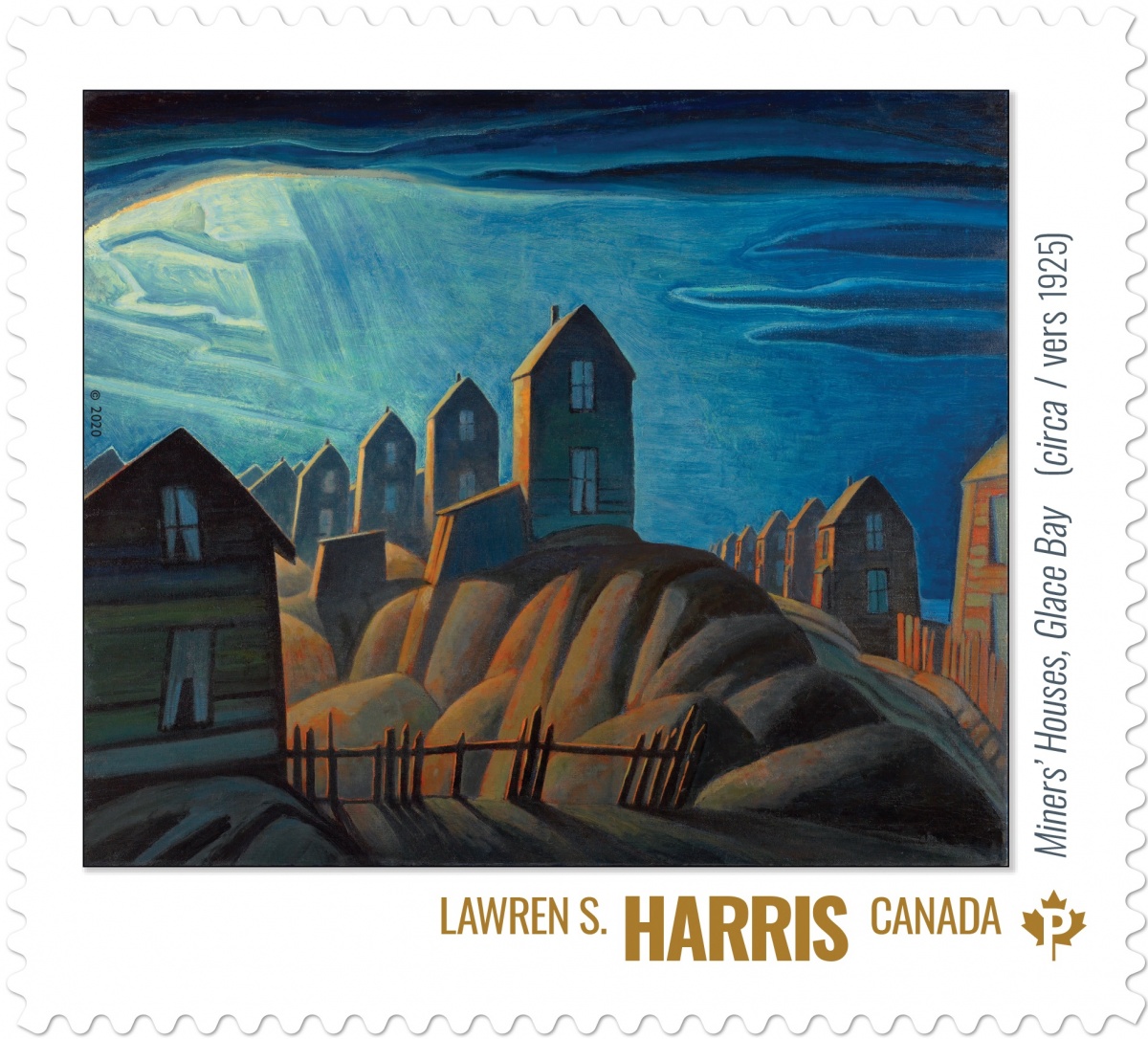 With a passion for abstraction, Harris brought the Société Anonyme exhibition to the Art Gallery of Toronto in 1927 where it was met with scandal. It was the first time abstract art was shown in Toronto  – a radical and courageous move for the AGO at the time. The exhibition was incredibly popular, drawing crowds in the thousands. One of his works, Miners’ Houses, Glace Bay debuted in the Société Anonyme show in Brooklyn in 1926 but was not shown at the 1927 Toronto show. Thankfully, the painting is now part of the AGO Collection and is included in the newly released Group of Seven stamp collection. Visit the AGO Collection online to see even more works by Lawren Harris and other members of the Group of Seven.