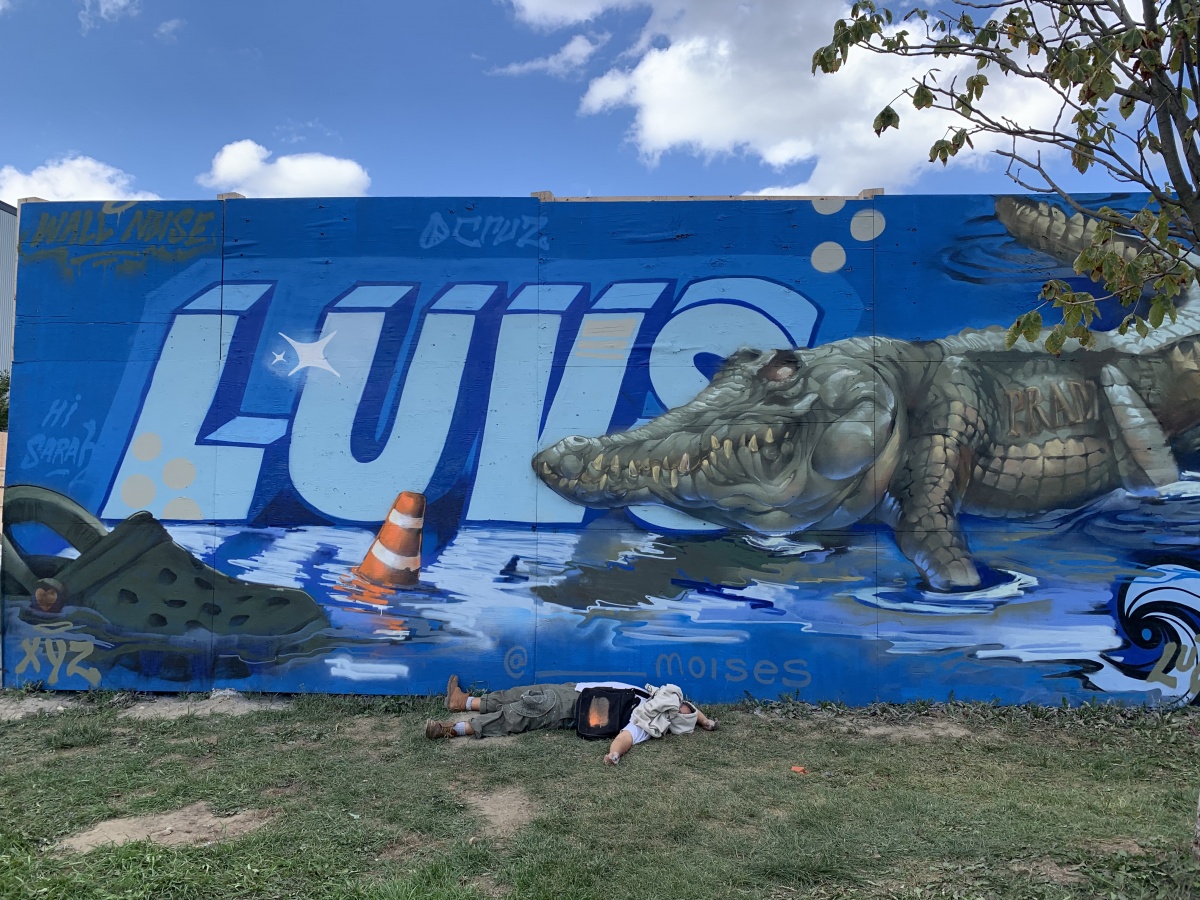 As we continue our exploration of local street art, this week we highlight its most important discipline—graffiti.

From initials scribbled in a bathroom stall to intricate 20-foot murals, the art of graffiti is diverse and far-reaching. Its roots span back to primitive humans, but the contemporary graffiti styles that accent our alleyways started with the genesis of hip hop in the 1970s and '80s.

Toronto has been a haven of graffiti culture for decades. The gradual expansion and commercialization of the art form have given way to landmarks like Graffiti Alley and Underpass Park. Countless Toronto-based graffiti writers have made names for themselves over the years with tags, throw-ups and murals—Moises Frank is one of them. Under the moniker Luvs, his signature style of vibrant portraits and letter work have garnered acclaim from both critics and peers.

Frank told us more about his love for graffiti and his take on the art form’s evolution.

AGOinsider: When did you fall in love with graffiti?

Frank: I think I was 10 when I fell in love with graffiti. At the time we were learning cursive writing in school. At recess, I noticed something on a fence across the street that wasn’t there the day before. It read “Vandal”, it wasn’t cursive and I didn’t know what that word meant, but I remember copying the letters into my math book. I tried the rest of the day to recreate my name in that font. I wrote my first tags in the school washroom and was suspended later that year.

AGOinsider: Most people associate the roots of graffiti with '70s and '80s hip hop culture. In your opinion, what ways has graffiti culture evolved over time?

Frank: I think hip hop in general is not as connected as it used to be. A lot of the OGs in the scene practice more than one element, but nowadays it’s rare to be really dope at writing letters and also know how to get down in a group cypher. I think the lack of unity has given space for other influences to become more prevalent. The internet and cell phones have changed things as well. We are seeing a resurgence of ‘anti-style’ graffiti and digital graffiti —people have mixed feelings about it. In relation to technology, the physical tools we use have evolved and become incredibly easy to work with, and are readily accessible. What a time to be alive.

AGOinsider: If you could paint a mural on any surface on Earth, what would it be and why?

Frank: Hmm, this is a deep question, but I am also not too picky with my surfaces. Unless it’s stucco. Stucco sucks (sorry stucco lovers). I am really interested in the history of a given substrate, like what does this wall or surface tell me. I know that sounds artsy-fartsy, but this is really my process. I need to consider how the materials react with each other and what does that relationship say about the piece I’m making overall. How do the colours I choose play with the colours or textures of the support? Every surface has a story and I think my goal in painting is not so much about putting my art on top of this surface, but bringing out the narrative of the wall and balancing my work with it—like an elegant cypher, we contribute to our existence symbiotically.

AGOinsider: What is the role of murals and street art in society? How do you feel like that role has shifted, or become more important, in the midst of a global pandemic and political uprisings?

Frank: Personally, I don’t make art for people. At least I try not to. I know that sounds selfish, because it is. I make art that I love and believe in, but I can’t force myself to create for the needs of others, otherwise it feels forced. When I first started working in the public (non-graffiti related), I only cared about making ‘pretty things’ for people to look at. I thought my role was to brighten people’s day. As I matured as an artist and human I realized that that isn’t the reality of most people. I want to paint honestly. And if the world is on fire, I think my role is to speak, draw and paint my truth as best as I know how.