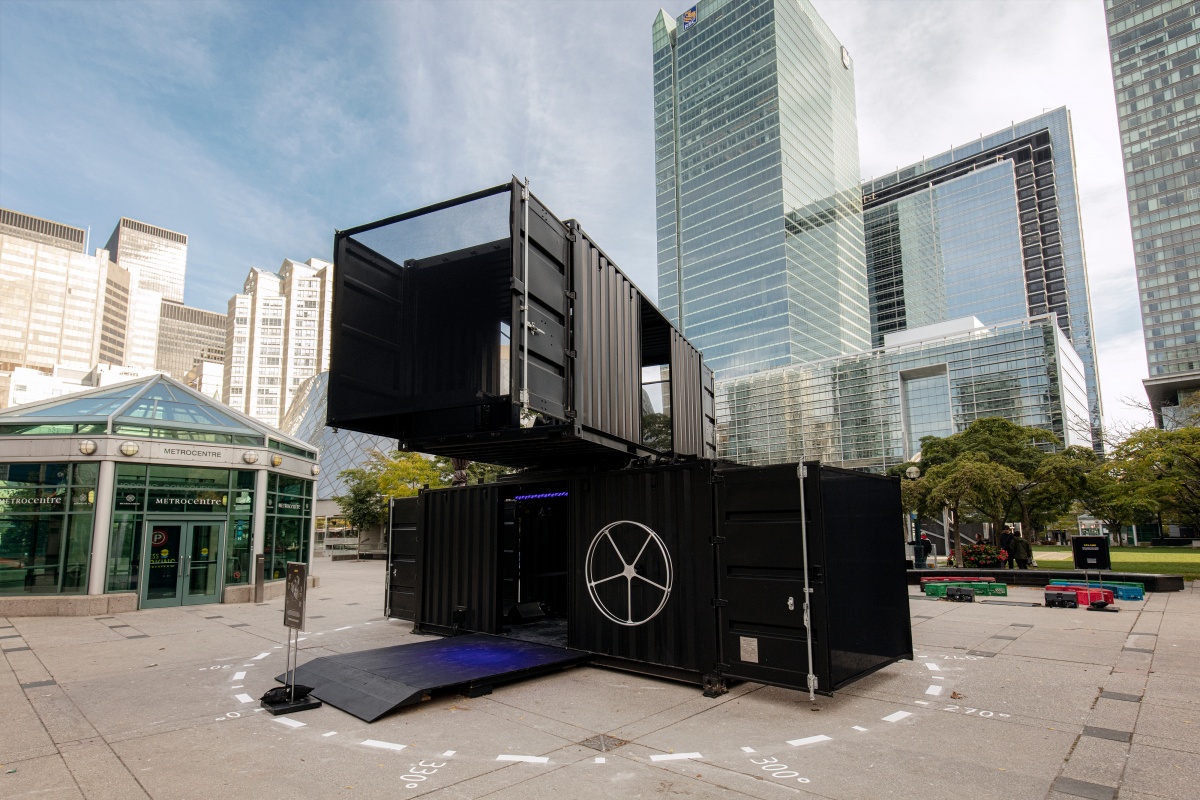 Part of what makes public art special is its universal appeal—it’s made for anyone and everyone who strolls by. This fact is not taken lightly by Toronto-based artist-designer Javid Jah, whose large-scale public art pieces are designed to expose the intrinsically cosmic nature of human beings. Wonder what that looks like? His 2019 shipping container installation, Xsite, and his current Union Station installation, The Universe Within (on view until  September 25), perfectly illustrate the unique mission behind his artistry.

We recently chatted with Javid Jah to discuss his creative approach and find out more about his practice.

AGOinsider: How does the contrast of being both an architect and a long-time street artist influence your creative process?

Jah: Architecture has influenced my creative process as a muralist. I feel like there have been so many positive impacts on my approach to artmaking for which I am eternally grateful. I would say the most influential aspect has been understanding how to iterate - taking the time to model a proposed site for an intervention and examine how various materials, light sources and conditions can impact the experience of an artwork. It has guided my practice towards holistic experiences - not strictly surface treatment, but how the intangible elements of an artwork can impact the viewer; even subtle factors such as smell, shadow play, orientation to the cardinal directions. Constantly exploring 3D modelling in programs like Rhino has opened up strategies for testing anamorphism. When I began studying architecture, I was really enamoured with the intersection of building design and graffiti. Architecture really pushed me to challenge how we perceive and construct the 3D forms that dominate graffiti; with this in mind, I recently joined forces with an international collective called Neo-Gravity that investigates how futurism is impacting graffiti - a movement towards the surreal-meets-supernatural in addition to letter-driven geometry. 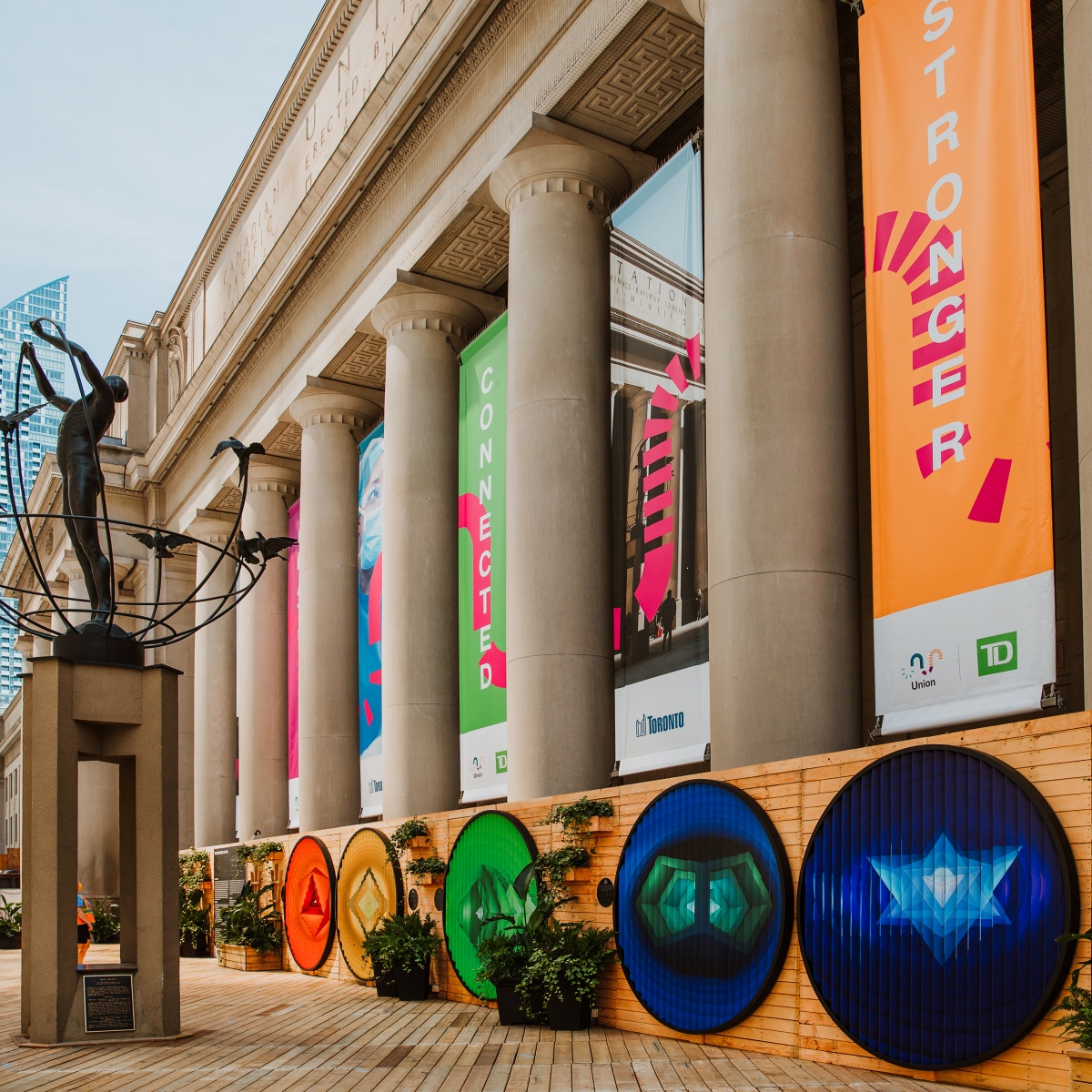 Javid Jah, The Universe Within. Image by Spring Morris.

AGOinsider: You incorporate sacred geometry, cosmology and humans’ astrological relationship to the Universe into much of your work. What inspires you to keep exploring this theme?

Jah: I really feel that research into the realm of the unseen is part of my ancestral tradition. I dedicate considerable time to learning to read and write the languages of my winding ethno-linguistic heritage (Sanskirt, Arabic, Swahili, Farsi, Gujurati) - a journey that has led me to take great pride in understanding that my inherited religious tradition as a Shia Ismaili Muslim takes a clandestine role in preserving esoteric cosmology through art and architecture.
In many ways I still feel like I'm scratching the surface of the gems buried in the dusty texts and eroding landmarks that fossilize the wisdom of my ancestors. I am motivated to continue to uncover those principles and celebrate them through new approaches to structural engineering, material construction and media technology. It seems that each project peels off another veil of a concealed reality that I never expected to come across. The way my research coincides with the artworks I propose seems to be synchronized in a way that leaves me with no doubt that this is the only path I need to follow.

AGOinsider: You’ve done some incredible things with shipping containers. How long have you been working with them and why are they so special to you?

Jah: It started with a good friend of mine, Carl Cassell, challenging me to design a three-story container addition to an existing Queen St. W. bar known as Harlem Underground. That project made me kind of fall in love with the dumb steel box, particularly because there is a sort of nostalgia about the container. In many ways it reminds me of hip hop - this remixing of style and form to bring something new to urban iconography. Its modularity is appealing in some ways - the efficiency of building in a warehouse and merely assembling on site - that really became apparent with the Hamilton Red House where we put together a 2,500 sq. ft. house in six hours. Recently, through my collaboration with Wonder Inc. (led by Jason Halter), we've completed a number of exciting hybrid container proposals. They are helping individuals and young families manifest their visions for living more sustainable lifestyles through the efficiencies of constructing a resilient, off-grid building. The capacity of this module to challenge the static-ness of buildings helps me link my architecture practice back to my public art approach, where I am investigating this imaginary realm of "a cosmic architecture." 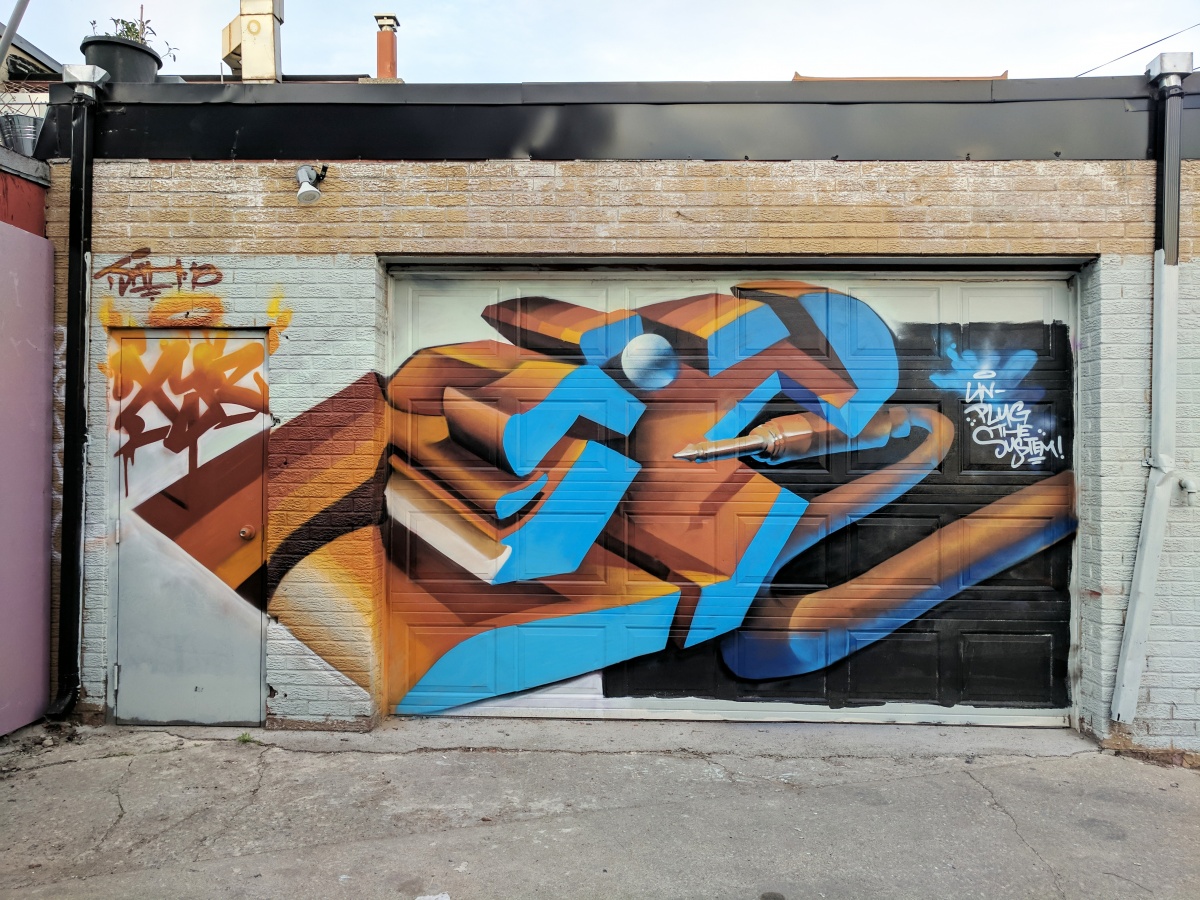 AGOinsider: What new project of yours are you most excited about, and why?

Jah: Currently I have a series of large "agamograph" artworks installed outside of Union Station titled The Universe Within. I really love the scale and impact of these pieces, and I'm really happy with how people have been responding to the content of the exhibit - that the chakras of our human body could represent the archetypes of the seven visible planets. Another proposal in the works is a public sculpture based on the ancient GPS tool known as a spherical astrolabe, designed in collaboration with Cameron Footman, an Anishinaabe artist and metalworker. Finally, I'm in the process of re-installing XSITE, and re-formatting the experience to celebrate three separate cosmological traditions of BIPOC communities. All three of these projects were developed with the assistance of designer/street artist Carol Ann Apilado, who shares a deep desire to manifest the unseen through public interventions. Her insight, dedication and patience have been invaluable to my practice for the past few years.