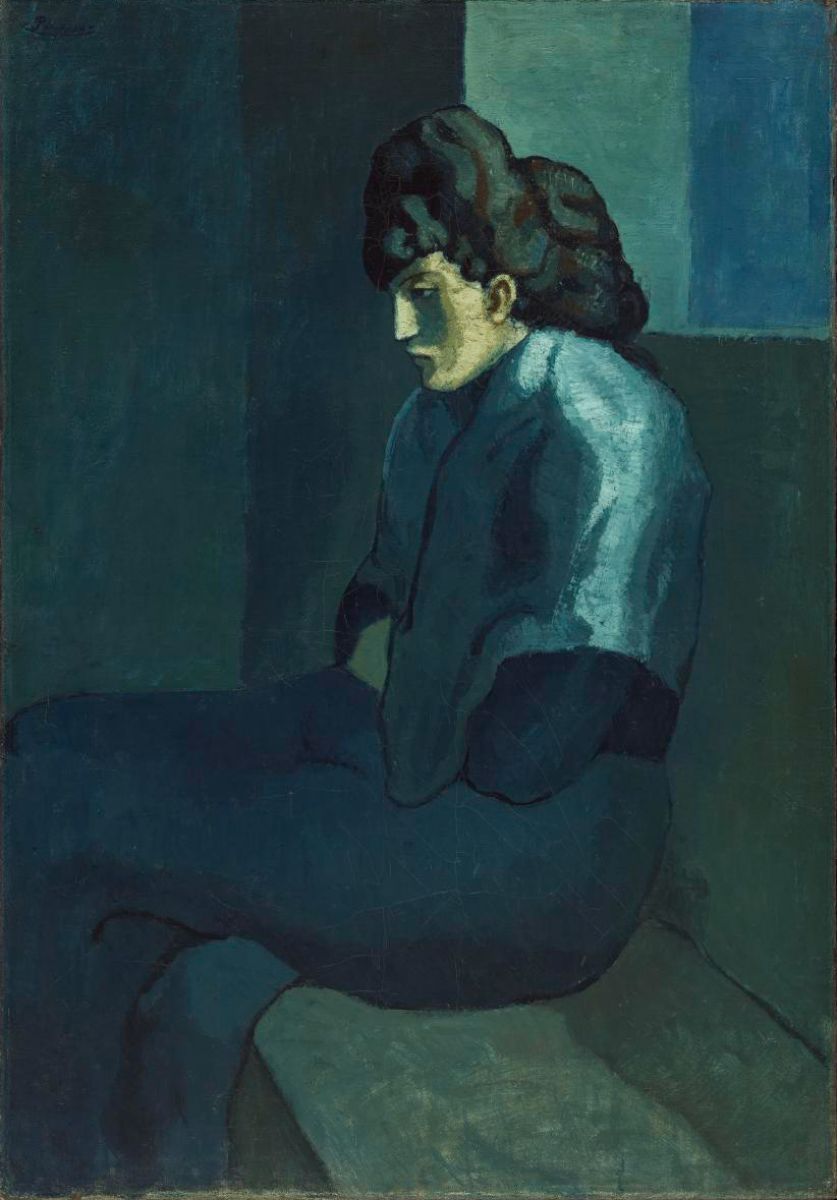 In the late summer of 1901, at age 19, Pablo Picasso had a profound experience that would significantly influence his work. Escorted by his friend, resident physician Dr. Louis Jullien, Picasso visited Paris’s Saint-Lazare Women’s Prison in search of new subjects to paint. He observed several women detained at the facility and was deeply moved by what he saw. Becoming acutely aware of the plight of the women of Saint-Lazare, Picasso was inspired to visit the institution many times, translating what he witnessed into numerous Blue Period masterworks – five of which are part of the landmark exhibition Picasso: Painting the Blue Period.

Originally erected in 1632 as an isolation facility for people who had contracted leprosy, Saint-Lazare Prison was actually named after the terrible disease – such institutions were often called lazar houses or lazarettes. It was converted into a women’s prison in the early 19th century and remained as such until it was demolished in 1935. At the time of Picasso’s visits, the facility’s function was two-fold: housing women serving short sentences or awaiting trial, and housing sex-workers who were being detained for various infractions (such as being diagnosed with an STI). Mothers or expecting mothers who were imprisoned in St. Lazare were allowed to keep children in their care while serving time, a forward-thinking policy for the era.

Dr. Jullien – who was also an art enthusiast – granted Picasso exclusive access to Saint-Lazare, providing the young artist with a fake medical alias that allowed him to roam the grounds freely and observe prisoners for extended periods of time. During this early stage of the Blue Period, Picasso was becoming increasingly preoccupied with the harsh realities of life for various marginalized members of society, and his time spent closely witnessing the plight of the incarcerated women and mothers of Saint-Lazare was a major catalyst for this socially engaged interest, one that informs his Blue Period through 1904. Three of his most notable Blue Period works directly inspired by his visits to the facility were Mother and Child by a Fountain (1901, The Metropolitan Museum of Art), Woman Ironing (1901, The Metropolitan Museum of Art) and Melancholy Woman (Paris, 1901–1902; Detroit Institute of Arts).

Though Picasso’s depictions of the women of Saint-Lazare are the most well-known pieces of art inspired by the historic institution, numerous other artists were moved to create work based on the notorious prison as well.  French painter Henri de Toulouse-Lautrec executed a drawing of a Saint-Lazare sex worker in her standard issued bonnet writing a letter to her boyfriend. An illustration of an inmate in the facility’s solitary confinement dungeon was also included in Les Mystères de Saint-Lazare, an 1896 publication that revealed secrets and untold stories about the institution.

Melancholy Woman along with four other works inspired by Picasso’s visits to Saint-Lazare Women’s Hospital are part of Picasso: Painting the Blue Period at the AGO. Visit ShopAGO online and check out the exhibition’s catalogue for a closer look at these and other works by the modernist master.

Picasso: Painting the Blue Period is curated by Kenneth Brummel, AGO Associate Curator, Modern Art, and Dr. Susan Behrends Frank, curator at The Phillips Collection. The exhibition is co-organized by the Art Gallery of Ontario, Toronto, and The Phillips Collection, Washington, DC, with the exceptional support of the Musée national Picasso-Paris.