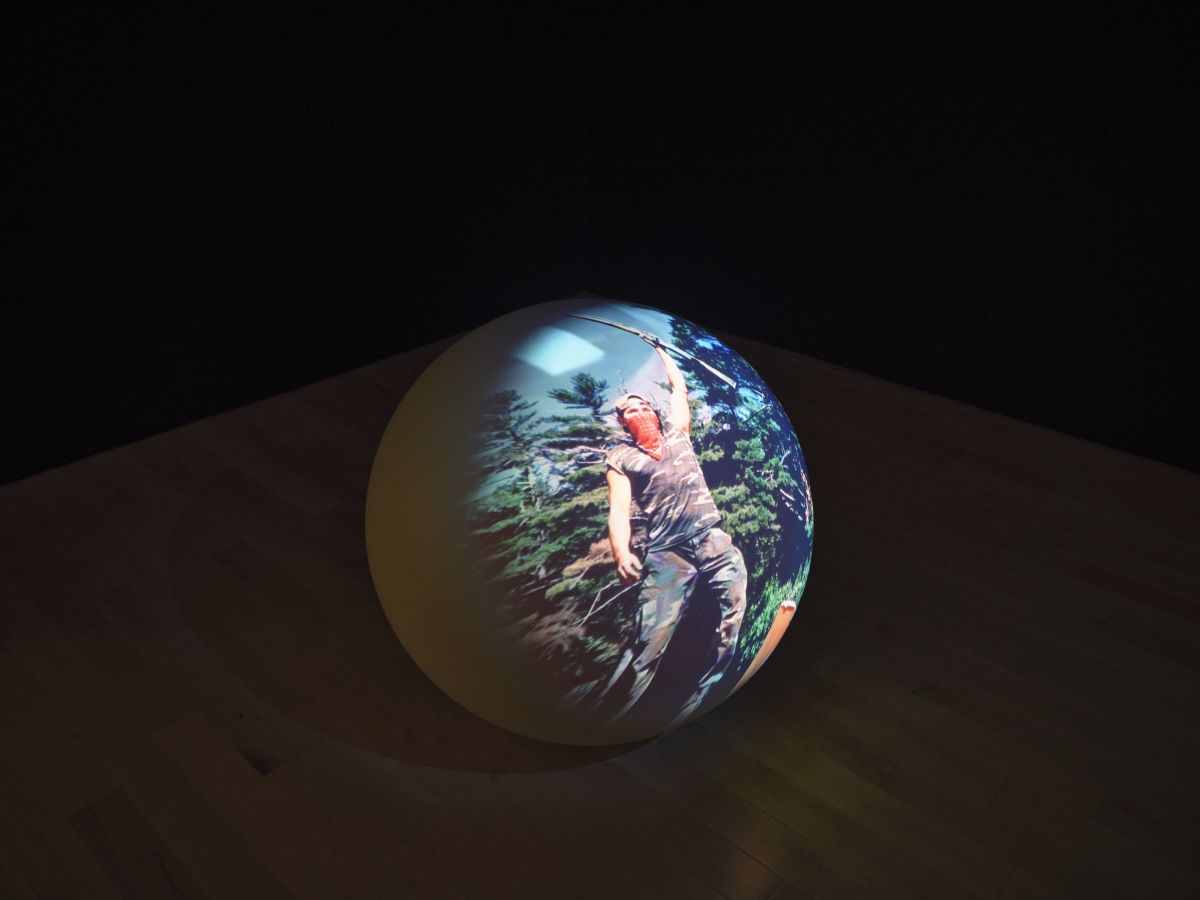 With his dynamic video installation Theatrum Orbis Terrarum (Theatre of the World), Mohawk contemporary artist Alan Michelson uses the power of juxtaposition to exemplify the impact of colonization while celebrating Haudenosaunee ways of knowing. Theatrum Orbis Terrarum (Theatre of the World) consists of four videos projected in sequence onto four large white globes stationed around a room in north, south, east and west positions. Michelson’s use of the cardinal directions references the Universal guidance of the Anishinaabe Medicine Wheel and the renaissance-era European understanding of the four parts of the world. Each video uses a striking contrast of imagery and sound to unpack the lies of the colonial archive.

Les Sauvages features black and white archival footage of a Haudenosaunee youth performing a war dance in traditional wardrobe. The camera follows him as he spins and skips majestically in the middle of the street. In place of the clip’s original audio, Michelson uses 18th-century French composer Jean-Philippe Rameau’s Harpsichord Suite in G Major, Les Sauvages. Written by Rameau in 1725, the composition is inspired by his experience viewing an Indigenous War Dance, performed by two members of Indigenous Nations from Louisiana for King Louis XV. Like many of his colonial peers, Rameau used language with pejorative connotations when describing Indigenous peoples – as reflected in the title of this composition.

A dynamic critique of European colonial tall ship voyages – and the “explorers” who manned them – Vaggi pairs together archival maps, portraits, and footage of tall ships at sail to re-examine history. Michelson focuses specifically on the voyages of Giovanni Cabot, Giovanni da Verrazano and Jacques Cartier, setting flashing images of their portraits and ships to a familiar soundtrack – a sped-up version of Rameau’s Les Sauvages. Cutting through the regal harpsichord notes are excerpts of the bold and commanding voice of Mohawk activist Ellen Gabriel, taken from a 2017 lecture. Gabriel speaks in detail about the misconception of such explorers, describing them as violent pirates rather than heroes as they’ve been cast in our history books. 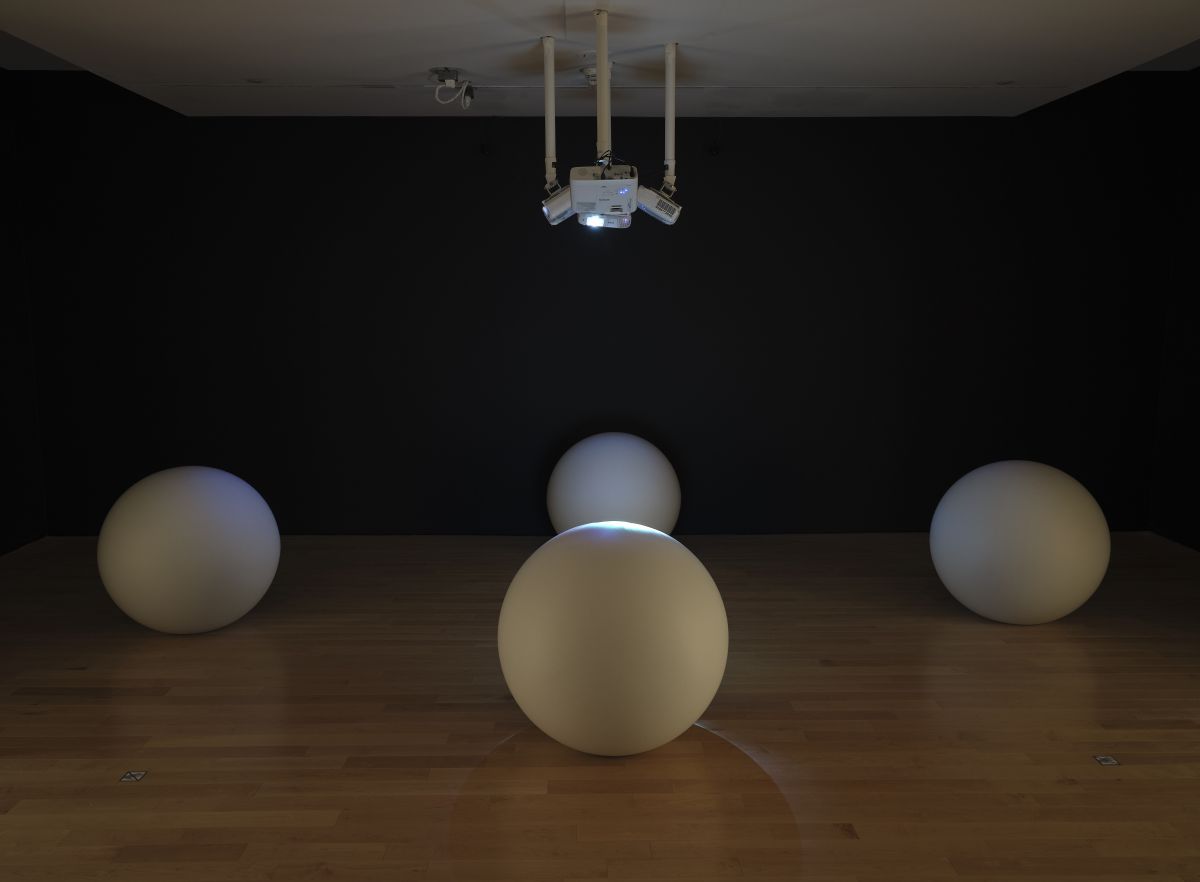 In War Dance, Michelson creates an image sequence of paintings and illustrations that feature conflict between Indigenous people and European settlers – specifically stereotypical Western representations that depict Haudenosaunee people as overtly violent. In the video’s second half, this is juxtaposed by contemporary images of women-led Indigenous resistance movements. War Dance is set to a soundtrack provided by The Halluci Nation (formerly A Tribe Called Red). A pulsating beat from the band’s Northern Cree – Redskin Girl thumps while spoken word audio clips from Mohawk activists Richard Oakes and Ellen Gabriel resound, interspersed throughout the video.

Moving at a slow and more somber pace, Relations consists of images ranging from early European representations of Indigenous people to contemporary photographs, and is a tribute to the survival, resistance and active presence of Haudenosaunee Nations. Superimposed on top of these images are drawings of a bear, wolf and turtle – traditional Mohawk clan animals – from the Codex Canadensis. As a musical backdrop, a woman sings a Christian song in Mohawk, further accenting the themes of cultural contrast and colonial impact that are present throughout Theatrum Orbis Terrarum (Theatre of the World).

Alan Michelson’s Theatrum Orbis Terrarum (Theatre of the World) will be on view in the Mary & Harry Jackman Gallery on Level 2, once the AGO reopens.