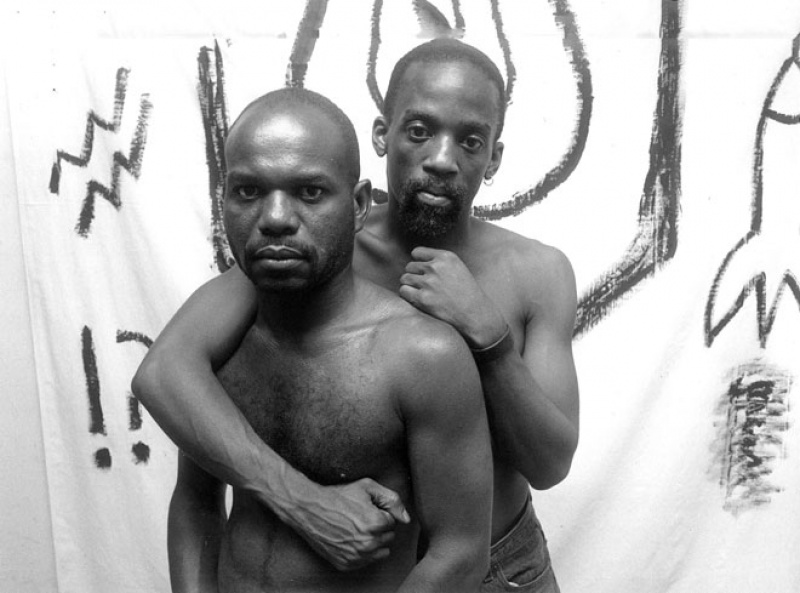 With Tongues Untied, Riggs gave voice to communities of black gay men and broke artistic ground by mixing poetry, music, performance and his own autobiographical revelations. Featuring the voices of Riggs and prominent Black gay activists Joseph Beam and Essex Hemphill among others, Tongues Untied offers a powerful composite portrait of life in the age of the AIDS epidemic.
1989, 55 min.

Living Inside
“When she was 16, Sadie Benning stopped going to high school for three weeks and stayed inside with her camera, her TV set, and a pile of dirty laundry. This tape mirrors her psyche during this time. With the image breaking up between edits, the rough quality of this early tape captures Benning’s sense of isolation and sadness, her retreat from the world. As such, Living Inside is the confession of a chronic outsider.” —Video Data Bank
1989, 6 min.

Me and Rubyfruit
“Based on a novel by Rita Mae Brown, Me and Rubyfruit chronicles the enchantment of teenage lesbian love against a backdrop of pornographic images and phone sex ads. Sadie Benning portrays the innocence of female romance and the taboo prospect of female marriage.” —Video Data Bank
1990, 5 min.

A New Year
“In a version of the ‘teenage diary,’  Sadie Benning places her feelings of confusion and depression alongside grisly tales from tabloid headlines and brutal events in her neighborhood. The difficulty of finding a positive identity for oneself in a world filled with violence is starkly revealed by Benning’s youthful but already despairing voice.” —Video Data Bank
1989, 6 min.

“Tongues Untied is one of those rare films which manages to be politically and aesthetically groundbreaking.”
—Thyrza Goodeve, Cineaste