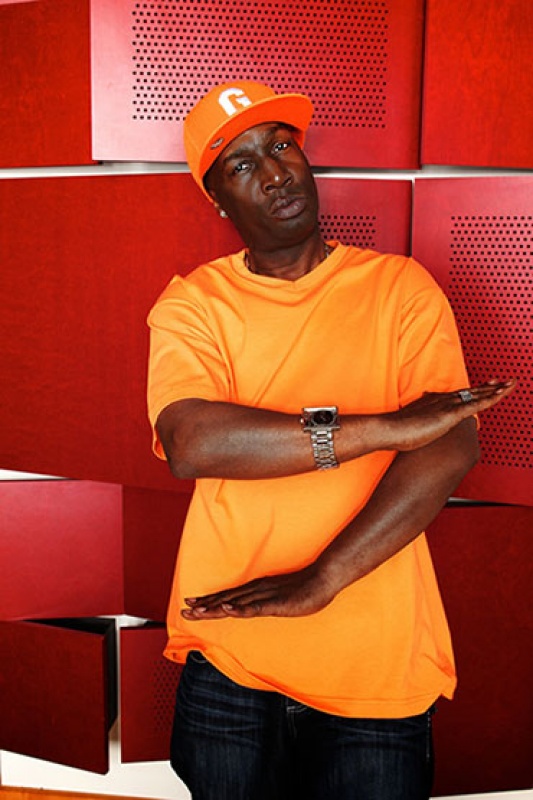 On February 5, two days before the opening day of the monumental exhibition Jean-Michel Basquiat: Now’s the Time, the AGO will throw a party for the ages to celebrate the legacy of the artist who took the New York City art world by storm in the early 1980s. Basquiat gained international recognition by creating powerful and expressive works that confronted issues of racism, identity and social tension, and the February First Thursday is your first chance to see the exhibition.

The event is headlined by the legendary Grandmaster Flash, one of the founding fathers of hip hop and the first DJ and hip-hop artist (alongside the Furious Five) to be inducted into the Rock and Roll Hall of Fame. Grandmaster Flash will spin in Walker Court beginning at 10 pm. (Please note: Walker Court capacity is limited.) 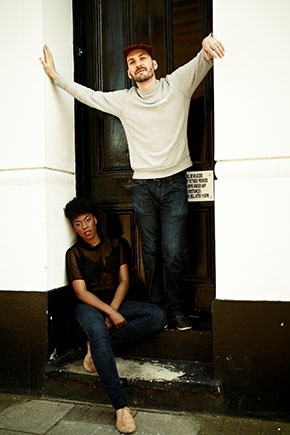 At 9:15 pm in Walker Court, the local dancehall-soul duo Bonjay return to the stage after two years to debut songs from their forthcoming LP Lush Life. Their independently released Broughtupsy EP (2010) was lauded by the Guardian, the New York Times and Dazed magazine, and the new album, which is inspired by the beauty and chaos of urban life, takes their spine-tingling, basement-rattling sounds to the next level.

Jean-Michel Basquiat boldly and directly confronted issues of race, class, police brutality and social justice in his work. These issues are at the forefront of today’s cultural discourse and will be the focus of a panel discussion of Toronto-based young Black artists, artists, thinkers and cultural figures. The panelists will share their insights on the realities of anti-black racism, state-sanctioned violence and other issues, using Basquiat’s work and legacy as a jumping-off point. Presented in partnership with the Black Lives Matter Toronto Coalition, “It Could Have Been Me”: Perspectives on the Fight for Racial Justice and the Legacy of Jean-Michel Basquiat will be moderated by Kim Katrin Milan and will feature artist and educator Randell Adjei, social justice educator janaya (j) khan, Mustafa Ahmed (a.k.a. Mustafa the Poet) and artist/activist Syrus Marcus Ware. The panel will also feature introductory remarks by Alexandria Williams of the Black Lives Matter Toronto Coalition and Stephanie Smith, the AGO’s Chief Curator, and will run from 7:30 to 9 pm in the AGO’s Baillie Court. (Note: Please arrive by 6:45 to ensure smooth entry to the panel discussion, which has limited capacity.)

Montreal-based choreographer Dana Michel has shaken up the dance world with her recent performances, will present work inspired by Jean-Michel Basquiat, one of the artist’s primary influences. The New York Times recently named Michel among the most exciting choreographers working today, saying: “Dana Michel is a real original, peculiar to the nth degree and remarkably compelling onstage…. what makes Ms. Michel remarkable is not the anti-dance aspect of her performing... but the drama of her imagination.”

These artists will be joined by the AGO Youth Council who will create a site-specific work for the event featuring break-dancers from UNITY alongside local ballet dancers. Plus, artists-in-residence Mammalian Diving Reflex present the Factory Photo Booth, a nod to Basquiat’s famous collaborations with Andy Warhol. Finally, local artist Amber Williams King will present an installation inspired by Basquiat and his legacy on today’s black-identified artists.

In cooperation with StreetARToronto, we are proud to have Toronto graffiti artists BOMBA, Hope and Nathan Carson working on a massive mural. Don’t miss your opportunity to tag the walls of the AGO!

Catch DJ collective Yes Yes Y’all in Galleria Italia and DJ Andycapp, who will spin in Walker Court in between sets. Plus, pop-up talks by artist and musician Casey Mecija and exhibition curator Dieter Buchhart. And, of course, it wouldn’t be a First Thursday without our Out of the Vaults exhibition of rarely seen works from the AGO collection, plus delicious food and drinks.