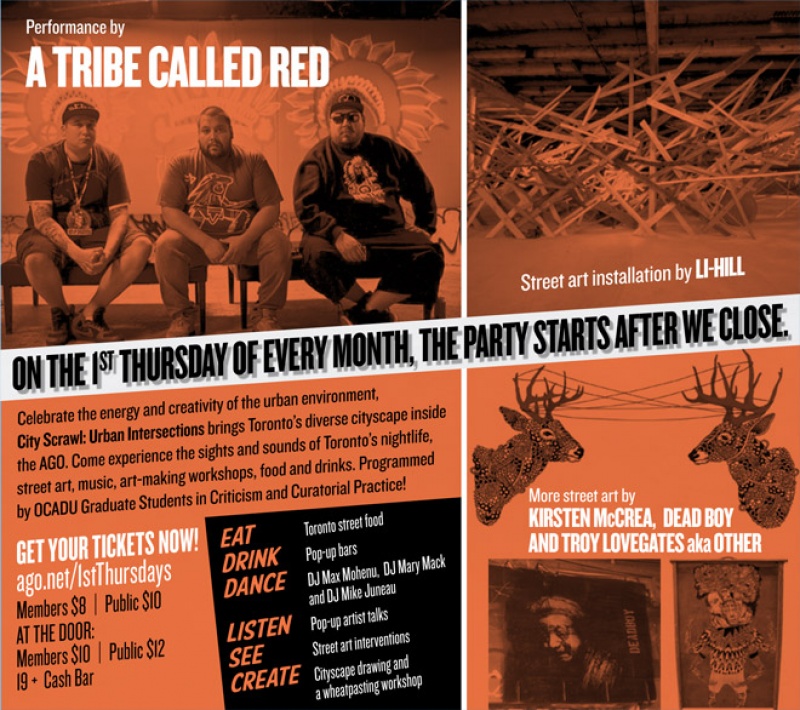 Thanks to all those who helped make our 1st Thursday in January another sell-out success! For the Feb. 7, 2013, 1st Thursday, students from OCAD U's Graduate Studies Criticism and Curatorial Practices program took the reins and put together an evening of programming entitled City Scrawl: Urban Intersections.

Inspired by the energy and creativity of the urban environment, City Scrawl: Urban Intersections brings Toronto’s diverse cityscape inside the AGO. Animating the gallery with the sights and sounds of Toronto’s nightlife, visitors will experience a night of street art, music, participatory art-making, food and drinks.

Celebrate the multiplicities of the urban centre at the intersection of the AGO and the edge!

About A Tribe Called Red 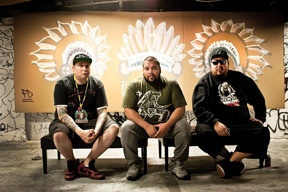 Hailing from Ottawa, the Aboriginal Producer/DJ collective — made up of DJ NDN, DJ Shub and Bear Witness — blends elements of dub step, reggae, dancehall, hip hop, electronic and traditional Aboriginal music to create the group’s unique style of powwowstep. Their live performance combines their innovative musical mashups with DJ Bear Witness’s stunning video projections for an all-out assault on the senses. The collective has garnered critical acclaim for their first self-titled album, were long-listed for the 2012 Polaris Music Prize and host the monthly Electric Powwow based in Ottawa. 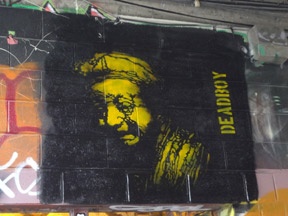 DEADBOY is a Toronto-based street artist whose identity has remained concealed since his emergence onto the streets in 2010. He is best known for his critical, humorous stencils and posters of notorious Mayor Rob Ford in response to Ford’s ‘War on Graffiti’. Formally trained in the visual arts and film, Deadboy references archived images to inform his visual language, and directly engages with the public as he addresses issues of public space and corporate advertising. Deadboy’s art is both politically and emotionally cathartic, as he deals with subjects such as death, love, and loss. He explores the haunted nature of the human condition while also using his work to overcome life’s obstacles so that his viewers can relate. 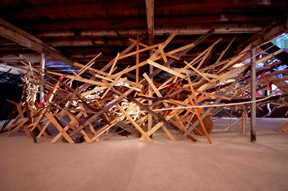 Li-Hill is a Toronto based visual artist who employs painting, illustration, stencilling, and sculptural elements within his works.  With a background in graffiti and mural painting and a degree in Fine Arts, his works range from smaller multiples to enormous murals that explore industrialization, scientific breakthrough, man versus nature and information saturation.  He incorporates found objects and unconventional materials to structure complex multi-layered pieces that are as aesthetic as they are thought provoking. Li-Hill possesses a BFA from OCAD and has travelled and shown extensively in countries such as Australia, Thailand, Myanmar, Mexico and China.  He has had works shown in such national institutions as the National Gallery of Victoria, The Art Gallery of Ontario and the Art Gallery of Nova Scotia.

About Troy Lovegates aka Other 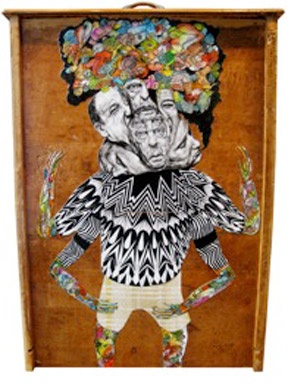 Troy Lovegates aka Other is a travelling, folk artist from Northern Canada. His work has appeared in urban alleyways and public spaces since the late 1980s. His art is inspired by the artwork of North American transients and train workers, who would mark boxcars in train yards, late at night, beginning in the mid-1800s. In the daylight, Other searches abandoned buildings and finds refuse on which he plasters his wheat paste posters and large scale murals. He explores themes of homelessness and emptiness in his work. His art deals with socio-political narratives such as human rights and land ownership in what has been recently coined street art. 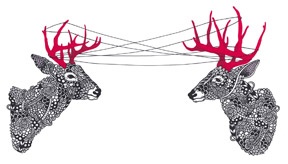 Kirsten McCrea is a visual artist known for her collaborative art practices, patterned drawing styles and interactive wheat pasting techniques. She works with a number of Montreal art collectives including the drawing initiative En Masse whose work was recently shown in the form of a massive installation in the Musée des Beaux Arts in Montreal; and the collective Cease with whom she makes large-scale collaborative collages. Her works have been exhibited internationally and have appeared in numerous publications.

Shannon Gerard is a visual artist who works across a variety of media, including printmaking, crocheting, stop-motion animation and wheatpasting. Using a sense of playfulness as a research strategy, her work with the Carl Wagan Bookmobile emphasizes the materials and ethos of independent publishing as a form of community engagement. Gerard is also an educator at OCAD University.

Bissell Bombers are a yarn-bombing collective based in Toronto. Their work is part of a global street art movement where knitting and crocheting alter and envelop everyday public spaces and objects. Bike racks, bus shelters and buses are all targets as part of a desire to beautify and creatively inspire neighbourhoods. Yarn bombings from collective members P-1, K-1, CASToff Curator, Dropstitch Dreamer and the Talented Mrs. Raverly were first seen around the University of Toronto’s iSchool and since then have begun to appear all across the city.

About The Good Bike

The Good Bike Project is a public art initiative that saves rusted bikes from the trash heap and adds colour to the cityscape. The first neon bike was an abandoned bike that they painted in order to beautify and energize a grim strip of Dundas Street West. Each bike marked a site that embodies the spirit of regeneration and community that inspired the original 2011 initiative. The bikes’ bold, graphic and current intervention on the sidewalk outside of the AGO continues the conversation on the war on bikes in this city.