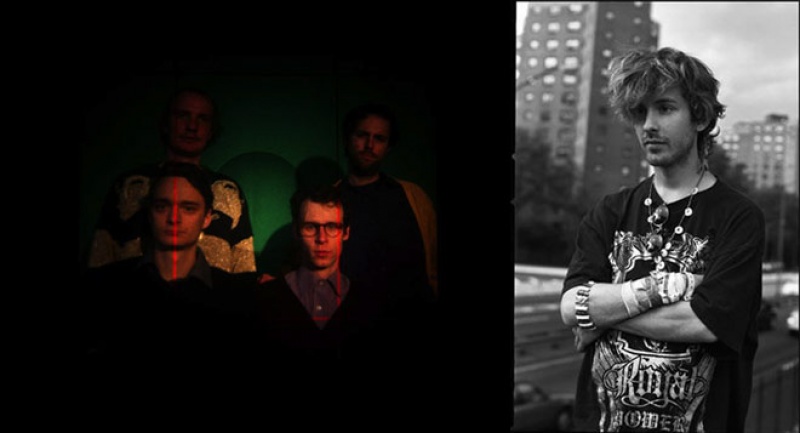 The AGO First Thursday in July is an explosion of sound and technology, taking its inspiration from the major exhibition Lost in the Memory Palace: Janet Cardiff and George Bures Miller.

The new media art party is co-headlined by Absolutely Free and Doldrums, whose deconstructed, pulsing beats will form the centerpiece of the event in Walker Court. The Toronto-based Absolutely Free, comprised of former members of DD/MM/YYYY have gained buzz for their energetic live performances, and Pitchfork selected their debut single, "UFO," as a Best New Track upon its release last fall. Doldrums is Montreal’s Airick Woodhead, formerly of Spiral Beach, who has performed at MoMA PS1, toured with Grimes, and been featured by the Guardian, NME, and Pitchfork. Visuals for Absolutely Free and Doldrums will be created by local artist Petrina Ng.

The event will feature an artist project by self-proclaimed "Famous New Media Artist" Jeremy Bailey, a Toronto-based artist whose created custom software, often for use in performances.  Zoë Solomon will record songs and texts backwards and replay them in reverse on her four-track, and see Layne Hinton’s cinematic interventions in the Canadian collection.

Pop-up talks from local artists, curators, and personalities will be take place in Lost in the Memory Palace, an exhibition pushing the boundaries of sound and technology that has delighted audiences and critics alike. NOW Magazine gave the show NNNNN, and the Toronto Star proclaimed: “If you haven’t experienced [the artwork Forty Part] Motet, here’s a word of advice that actually is one word: Go.”

You can also try your hand at becoming a new media artist yourself through interactive iPad art workshops led by the AGO’s own art-making course instructors. Plus, create a drawing inspired by strange soundscapes filtering into headphones.

In the Marvin Gelber Print & Drawing Study Centre, this month's Out of the Vaults exhibition is Silence and Noise. See art inspired by the Jazz Age of the 1920s, or stay to contemplate the meditative abstractions of the 1960s as we explore how artists convey noise, music and silence.

And, of course, it wouldn’t be a first Thursdays without amazing DJs filling the gallery, including Body Interface in Walker Court and DJ Humble Mike in Galleria Italia, plus delicious food and drinks, and a few surprises. 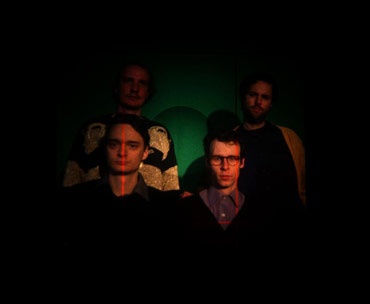 Absolutely Free is a 4-piece experimental band based in Toronto and rapidly overtaking minds and bodies otherwhere. They cut their teeth travelling the world as band, DD/MM/YYYY, playing a unique style of abstract rock at a blistering pace. When DD/MM/YYYY disbanded, four of the five members got together to form, Absolutely Free. The group formulates musical experiments based on instrumentation, compositional structure and other formal qualities ubiquitous to popular rock music. As an evolutionary step, Absolutely Free, creates drawn out and hypnotic music that integrates African polyrhythms, psychedelia, analog synthesizers, Bollywood and Krautrock. The members have further surrendered their individual identities and mutated into a single, self-replicating organism. In doing so, their elastic musicianship and inclination to experiment presents itself as a cohesive and unified narrative.

To date, they have released a single on Toronto’s One Big Silence imprint and have slated a follow-up single, produced by Fucked Up guitarist, Mike Haliechuk, for release in the fall with North American and European tours in tow. 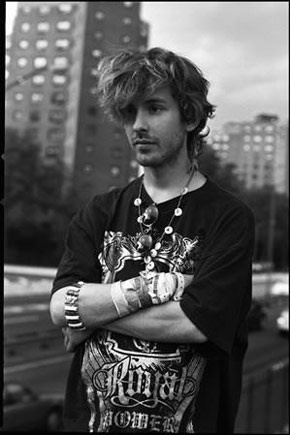 Doldrums’ music is influenced by his experience in European clubs and the noise music communities of Montreal, Toronto, New York and Baltimore. Doldrums has temporarily made his home in all of these spaces, inspired by the fact that "you need to be able to adapt to any setting; a dance club, a rock band, a kitchen, an art gallery...You can't rely on anybody else. You do your best to fill as much of the experience with what you have and you fill the rest with pure energy until it's overflowing".  Over the last year, joined live by his collaborators on live percussion and electronics, this very energy & adaptability has captured audiences on tours with Grimes, Unknown Mortal Orchestra and most recently Purity Ring. During these shows, Doldrums' fluid ability to improvise and morph the set to suit the mood of the show has consistently left audiences surprised and energized. 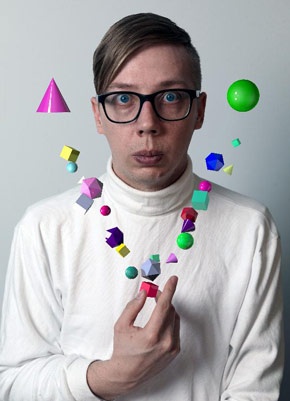 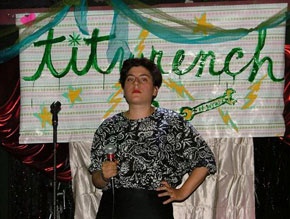 Zoë Solomon’s ongoing projects include performance, video, sound, sculpture, installation, drawing, and ceramics. Solomon’s past work includes Indulging in Deprivation, a project for which she stood at the south west corner of Spadina and Dundas for sixteen hours without eating, drinking, or speaking. She has also presented various projects in Life of a Crap Head’s monthly performance series, Doored. Recently she exhibited at Xpace, in a group show titled The Archivists, where she showed her collection of Toronto Public Library withdrawal receipts, cataloguing her library use over the past three years. She has performed around Canada and the US with her music project Fresh Flesh, as well as presented works with the collective Spiritual Obesity. With a background in ceramics, having studied at ECIAD and NSCAD, her work is both diverse and mercurial. 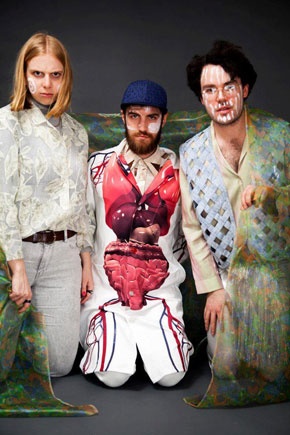 Body Interface is body positive and movement focused. Body Interface was started in 2012 by Sebastian Butt, Laura McCoy and Cameron Lee, all visual artists who share a love of dance and electronic music and its subcultures. Body Interface includes various visual and conceptual components including costume, themes and design. Dancing is at the forefront of Body Interface. 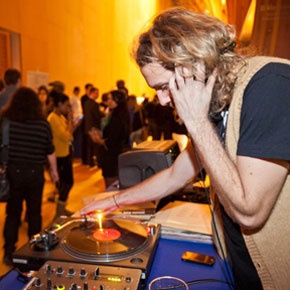 Based in downtown Toronto, DJ Humble Mike has years of experience providing the music for a variety of events and parties. He has a passion for party starting and preserving vinyl sound. He combines the classics with the best of what’s new. In addition to being one of the city’s finest DJs, Mike is an established music video director, promoter, and photographer.

Websites:
He is the Future
Live in Bellwoods 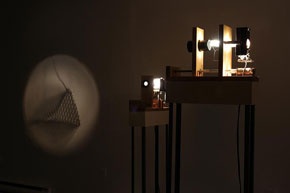 Layne Hinton is a multi-disciplinary artist exploring installation, film/video, performance, sculpture, drawing, printmaking and collage. Her work often deals with collections, multiples and museums, as well as a recent exploration of the complexities of light, shadow and form.

Currently based in Toronto, Hinton holds a BFA from OCAD University, has studied at École Nationale Supérieure des Beaux Arts in Paris, and recently did a residency at the Hermitage Museum in St. Petersburg, Russia. Hinton co-curates site-specific work as a member of Art Spin, the series of successful bicycle-led art events taking place every summer in Toronto. She has an upcoming solo show at the InterAccess Electronic Media Arts Centre in the next year.