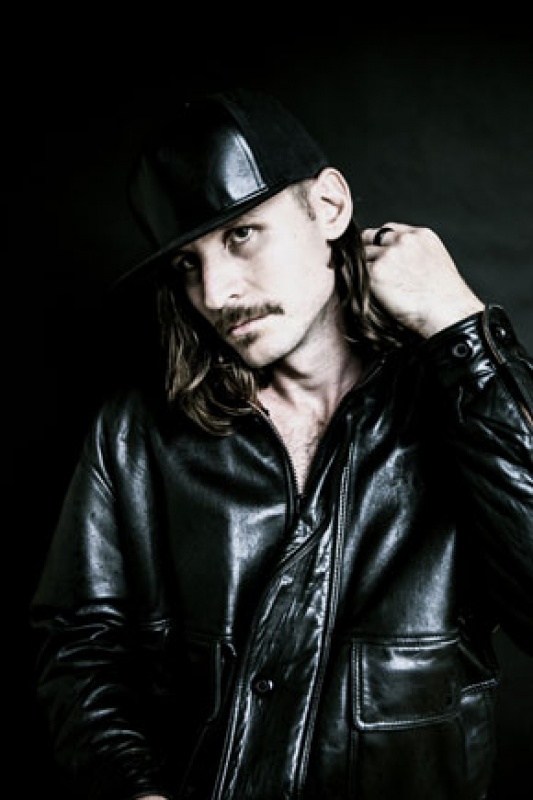 On March 6, the AGO celebrates all things contemporary with a lineup of Toronto and international artists whose work stretches boundaries and distorts the familiar. The night celebrates the opening of two exhibitions of contemporary art at the AGO: Elevated: Contemporary Art in the AGO Tower and Bruce Nauman: Words on Paper.

Featuring a headlining performance by Egyptrixx with visuals by the Berlin-based artist A.N.F.; projects by Toronto-based artists Laura McCoy, Alicia Nauta and Lili Huston-Herterich; a performance by experimental musician Prince Nifty; plus talks, interactive art-making, food, drinks and DJs. The event promises to be an unforgettable celebration of the artists and works that shape our culture today.

Other programming highlights include Jordan Tannahill, of the Toronto storefront performance space Videofag, speaking about the legacy of General Idea; a special focus on Joseph Beuys in this month’s Out of the Vaults exhibition; plus a delectable menu including fried chicken sandwiches, souvlaki and a new premium food station in Galleria Italia serving up grilled skirt steak and creamy mashed potatoes.

After their packed talk on feminism at the January First Thursdays event, After School and Hazlitt return to present a talk with documentary filmmaker, writer and musician Astra Taylor.

And, in the Joey and Toby Tanenbaum Sculpture Atrium, celebrity chef Chuck Hughes draws inspiration from his culinary experiences and travels throughout Mexico to bring a Taste of Mexico to the AGO. Hughes’ passion for discovering the local cuisine and his embrace of Mexico’s vibrant, unique culture has made his television series Chuck’s Week Off popular with viewers internationally.

"The new Egyptrixx album, “A/B Til Infinity,” is a lustrous and resonant thing...this album shows him drilling down to one coherent idea about dance music: The thing that moves the body need not be rhythm, but rather a primal response to sound."
—New York Times 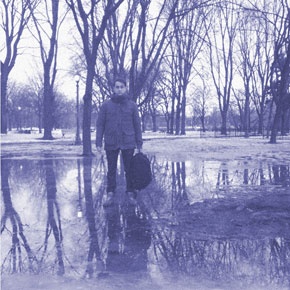 Prince Nifty features the wide-ranging musical experimentation of Toronto musician Matt Smith (Owen Pallett, Les Mouches). He “converges dozens of genres into one brilliant, unclassifiable collage,” according to Chart Attack, and his most recent record, Pity Slash Love, was called “a rare album that's both accessible and impossible to categorize by genre.”

Laura McCoy: word when ready is a performance that will find the artist assembling her own sculptural forms in proximity to the iconic works by Henry Moore. The temporary sculptures play on the anamorphic qualities of the Moore works, with an emphasis on transitional states as the artist creates, changes, and disassembles her forms. The movement of McCoy’s body in the gallery, among Moore’s seemingly impenetrable depictions of the female form, raises subtle questions about x of x.

Lili Huston-Herterich: Shrinky Dinks tackles questions of interactivity and accessibility in the gallery space. In this interactive installation, the artist takes inspiration from Tacita Dean’s portraits of Joseph Beuys’ celebrated installation Block Beuys, on view in Elevated. Visitors will encounter Huston-Herterich stationed behind a custom-made table with materials on hand to create Shrinky Dinks, a children’s craft project. Over the course of the event, a collaborative work will take form.

Alicia Nauta: A Stone Is Nobody’s presents a large-scale wallpaper project placed in dialogue with Janice Kerbel’s Incredible Feats. Referencing a poem of the same title by Russell Edson, the work speaks to domesticity and belonging but deals with this material in new and unexpected ways.

After School and Hazlitt presents Astra Taylor
Astra Taylor is a writer, documentary filmmaker and activist; her new book, The People’s Platform: Taking Back Power and Culture in the Digital Age comes out later this month. Nicola Spunt will be on hand to explore the ideas that inspired the work in an in-depth discussion.

Jordan Tannahill on General Idea’s Armoury
Jordan Tannahill is a playwright, director, filmmaker and artist working and living in Toronto, where he co-founded and operates the storefront performance space Videofag. Tanahill will speak about the legacy and influence of General Idea on both his own practice and a community of young, queer artists working in Toronto today.

Make your own prints and take them with you! Using text or pictures, in colour or monochrome. Bring your best contemporary idea to the art-making table and leave with your own unique creation.

OUT OF THE VAULTS

“Every Human Being is an Artist”
This month’s pop-up exhibition features works by German artist Joseph Beuys. A multi-media artist, Beuys believed that art is every individual’s tool for creativity and change. Come explore his powerful prints, out of the vaults for one night only!

As always, cocktails and pints will be available at bars throughout the Gallery. This month’s premium food stations will provide guests with an authentic taste of Mexico. Sponsored by the Mexico Tourism Board’s Live It To Believe It campaign, the AGO will be serving up: