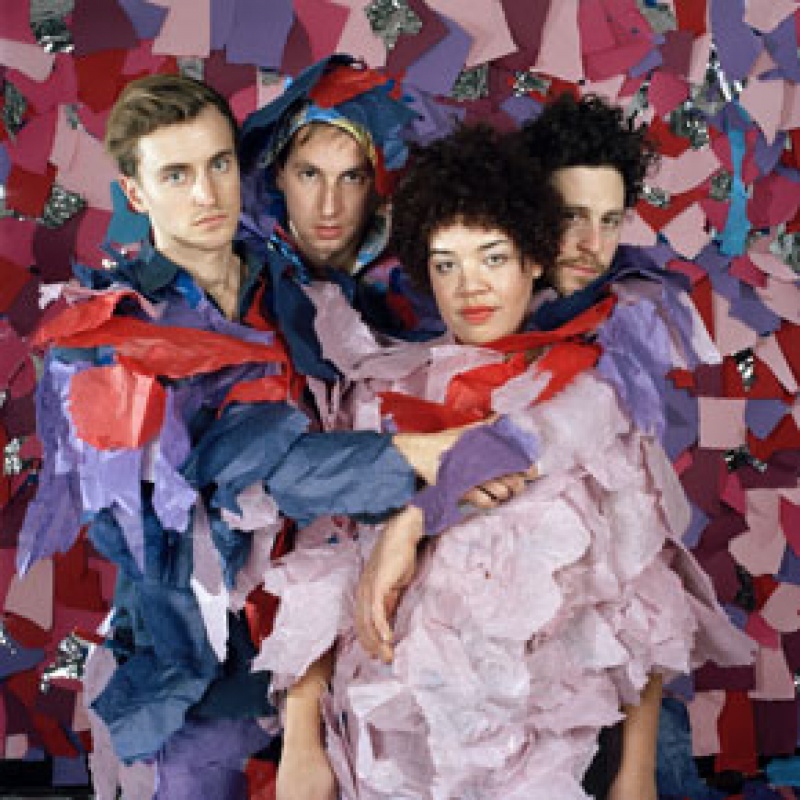 On May 7, AGO First Thursdays focused on up-close, interactive and intimate exchanges between artists, performers and viewers. Toronto band Weaves, recently featured in Rolling Stone as a 2015 Band to Watch, headlined the event with its electric collision of soul, punk and pop.

Visitors roaming the galleries encountered projects by Toronto artists, including curatorial project Aisle 4’s Speed Acquainting, which asked local artists to create one-on-one activities to engage visitors, with an emphasis on the playful and unorthodox.

Former AGO artist-in-residence and local indie culture maker Jim Munroe presented his AGO-based videogame The Tour Guide, which First Thursdays guests were invited to play. They also saw Diamonds and Toads, a tableau vivant by British artist The Girls that invoked the ill-fated heroines of classic fairy tales, as performers wear masks with the same red-lipped plastic anonymity of blow-up dolls. Plus, local performance-comedy artists Sebastian Butt and Charlie Murray performed Conversations in Krelm, which featured the artists speaking a language of their own creation in the Henry Moore Sculpture Centre.

Our monthly Out of the Vaults pop-up exhibition brought out rarely seen works from the AGO collection that illuminated the Close Encounters theme. Plus, guests enjoyed pop-up talks by artists and thinkers, great DJs, delicious food and drinks, and hands-on art-making.