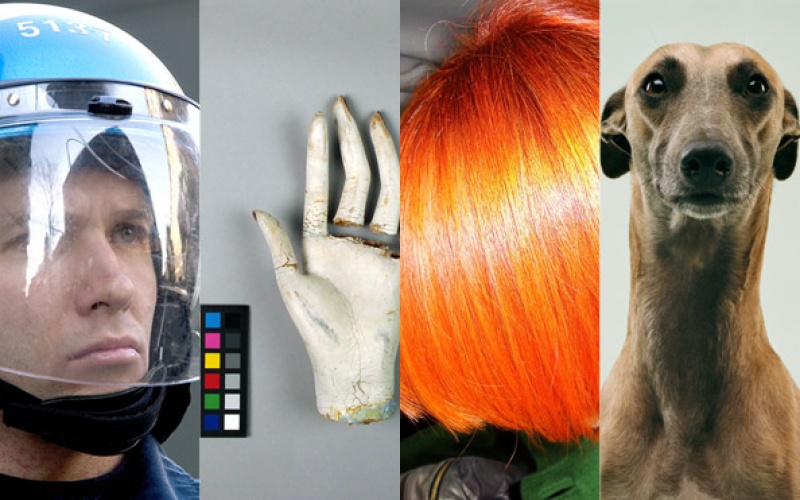 The art party continues on November 1 with a night all about photography. We’ll announce the winner of the $50,000 Grange Prize for Contemporary Photography live in Walker Court.  Stacey McKenzie will host and Adam Broomberg and Oliver Chanarin will present the prize.

Interactive photo installations will light up the gallery spaces, including a chance to go back to the earliest days of photography and get your unique portrait taken by the artists’ behind the Tintype Studio.

Find fascinating and powerful portraits from the photography collection in the Print and Drawing Study Centre from 7 to 9 p.m. (Level 1, Gallery #144). Face to Face will feature a selection of photographs that celebrates the creative possibilities of portraiture, from the 1840s to today, from the staid to the glamorous to the hilarious. See how artists have sought to express inner qualities or fashion new identities through photography.

And of course, we’ll have more DJs, drinks, and food available throughout the Gallery to keep the good times rolling. Don't miss the mini tacos on Level 1 and an oyster bar in Galleria Italia!

Planning to attend? You can RSVP on the Facebook event page and invite friends.

About The Grange Prize

A partnership between the Aeroplan and the AGO, The Grange Prize is among Canada’s largest and most prestigious art and culture prizes, awarding $50,000 annually to a photographer who has shown extraordinary potential over the past three years. In an innovative twist on the traditional prize model, the winner is chosen entirely by public vote.

You can view the works by this year’s shortlist – Canadians Annie MacDonell and Emmanuelle Léonard and Brits Jason Evans and Jo Longhurst – and vote for your choice to win the $50,000 online at www.thegrangeprize.com or inside the exhibitions currently on view at the AGO in Toronto and Canada House in London, UK. Voting ends October 30 at 11:59 pm. 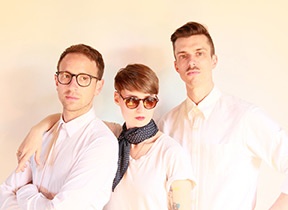 DIANA is the musical partnership of Joseph Shabason (Destroyer) and Kieran Adams, brought together in an effort to satisfy an urge to create deft arrangements using their trained backgrounds (they met studying music in university) and set them against woozy synth driven soul pop backdrops. Vocalist Carmen Elle's addition, with her lush and thoughtful interpretations, took things to the next level. Their sound has all the allure of the Roxy Music and Sade, but their homage to the 80s begins and ends there. The past 30 years have pushed the boundaries in pop music and DIANA have been raised on this creative surge. Their new self-titled album, recorded at Boombox Studio with Roger Leavens, is set for release in 2013. It’s not about sounding like New Order, it’s about being the new order.

Diana… are where the blissed-out session-muso sheen of AOR meets the hypnagogic drift of chillwave. The cool-coy vocals of Carmen Elle take the as yet unsigned band somewhere else, though. – The Guardian, UK 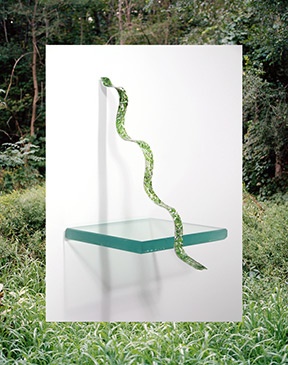 Laurie Kang is a Toronto based artist. Her work has been exhibited in Canada, US and Italy, including Jen Bekman Gallery’s Hey Hot Shot! exhibition (2011), and The Magenta Foundation’s Flash Forward Festival (2011). Most recently she was the recipient of the Duke and Duchess of York Prize in Photography from the Canada Council for the Arts (2012). 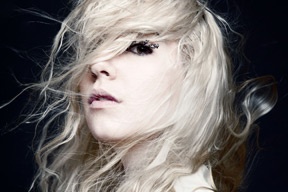 A confluence of classical and electronic has been at the heart of Stelmanis’s career before there even was a career. At the age of 10, Stelmanis joined the Canadian Children’s Opera Chorus, where she sang regularly for the prestigious Canadian Opera Company.  Later, spurred on by her production work for soundtracks for local plays, Stelmanis began immersing herself in electronic music. In 2008, after playing with Galaxy for three years, Stelmanis appeared on Fucked Up’s The Chemistry of Common Life and released her debut solo album, Join Us. Years later, Stelmanis’s innate do-it-yourself ethos hasn’t changed, yet with the addition of former Galaxy member Postepski (Princess Century, Trust) on drums and programming and former Spiral Beach bassist Wolf, the singer has created her best work to date with Austra and the album Let It Break.

Stacey McKenzie has channeled her passion for fashion into a successful career. A model, motivational speaker, actress and TV personality, Stacey is a proven entity in the industry. Self trained as a model, Stacey has and continues to work with some of the world's fashion elites.

In addition to modeling, Ms. McKenzie hosted Stylissimo on MTV Europe. In 2006 Stacey accepted the job of becoming one of the judges and model coach for Canada’s Next Top Model. She was recently seen on hit reality shows America’s Next Top Model, MTV’s Made and Re-Vamped II.

Stacey is actively involved in giving back to the community, encouraging youth to "Own You” and “Rule Your Runway" with confidence. She is passionate about her Walk This Way Workshops Tour she’s started, focusing on channeling your inner supermodel to promote life-skill building in young girls and boys, men and women aged 12-25 in inner city communities.

About the Tintype Studio 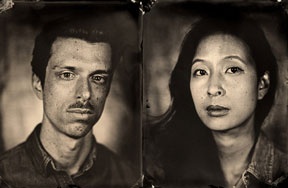 The Tintype Studio revisits a historical photographic tradition, creating a unique image on a metal surface. The Tintype Studio revives this process in its traditional context, the outdoor fair, by offering a fun, participatory and retro take on the instant photograph. Its tintype portrait service and period-style booth give the public a chance to experience a chapter in the history of photography and take a piece home with them. The Tintype Studio is Miles Collyer, Stu Sakai, Paul Sergeant and Greg Snow.