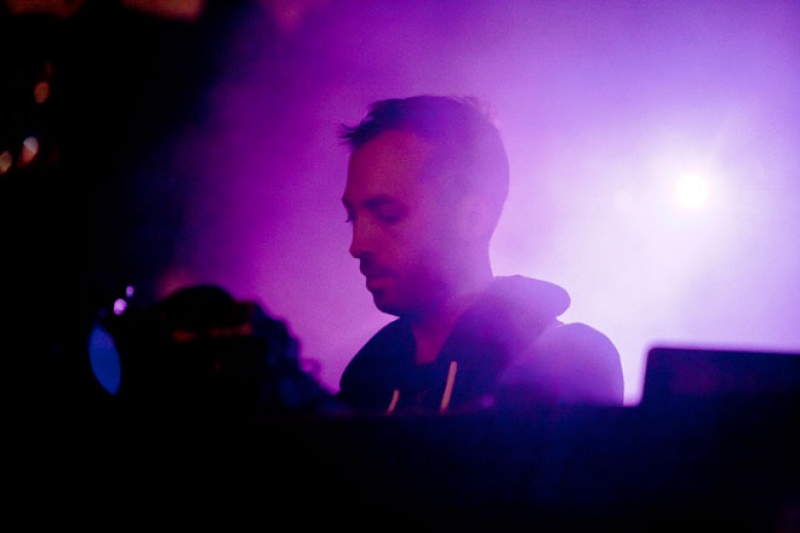 AGO First Thursdays turns two on October 2, and to celebrate the AGO is partnering with Scotiabank Nuit Blanche to fill the galleries with sneak peeks at some of the eye-popping installations that will fill the city two nights later. Featuring a headlining performance by Tim Hecker, whose 2013 album Virgins made the 2014 Polaris Prize Long List and was tagged by Pitchfork as Best New Music upon its release, the night focuses on artists who push boundaries and experiment with exciting new ideas and approaches.

Scotiabank Nuit Blanche artists featured include the Toronto-based Anandam Dancetheatre, whose stunning work Cascade will fill Walker Court from 7:30 – 9:30 pm. The piece will see dancers repeatedly climbing and rolling down ropes affixed to Walker Court’s glass ceiling as visitors gaze up from below. Don’t miss it. Legendary Canadian artists FASTWÜRMS will park their Fortune Teller Machine outside the AGO, where visitors can exchange a coin and some information in exchange for a personal fortune message. Plus, see interactive installations by Shasti O’Leary Soudant and Chélanie Beaudin-Quintin.

Plus, DJ Brendan Canning will keep things rocking in Galleria Italia, just one of the many places you can grab a drink and try some delicious food at the bars and food stations located throughout the AGO. And of course, it wouldn’t be a First Thursday without pop-up talks, our monthly Out of the Vaults installation and some hands-on art-making.