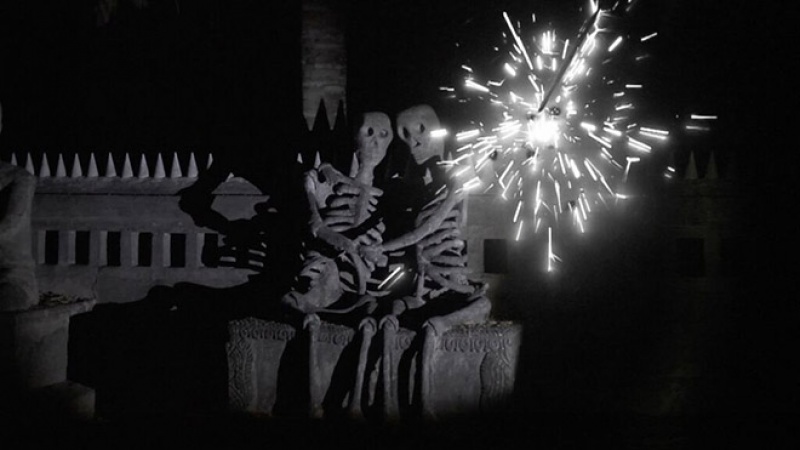 Join lauded Thai filmmaker and artist Apichatpong Weerasethakul in conversation with film critic and programmer Dennis Lim on the occasion of the North American premiere of Apichatpong's latest feature film, Cemetery of Splendour screening at TIFF, and the exhibition of his video installation, Fireworks (Archives) at the AGO.

Presented as part of the Wavelengths programme, Toronto International Film Festival in partnership with the Art Gallery of Ontario.

Apichatpong Weerasethakul (Bangkok, 1970) is an acclaimed Thai filmmaker and visual artist who is recognized as one of the most original voices in contemporary cinema. His features, short films and installations have won him widespread international recognition and numerous awards, including the Cannes Palme d’Or in 2010 for Uncle Boonmee Who Can Recall His Past Lives. His art installations have been awarded the Sharjah Biennial Prize (2013) and the Yanghyun Art Prize (2014) in South Korea, have been exhibited internationally at institutions such as the Musée d’Art moderne in Paris, the Haus der Kunst in Munich, the New Museum, New York and dOCUMENTA (13) in Kassel. His work can be found in numerous collections, includes those of the Tate Modern and the Fondation Louis Vuitton in Paris. Lyrical and often fascinatingly mysterious, his film works are non-linear, dealing with memory and, in subtle ways invoking personal politics and social issues. Working independently of the Thai commercial film industry, he devotes himself to promoting experimental and independent filmmaking through his company Kick the Machine Films, founded in 1999, which also produces all his films.

Dennis Lim is the Director of Programming at the Film Society of Lincoln Center. The film editor at the Village Voice from 2000-2006, and a regular contributor to The New York Times from 2006-2013, he has also written for The Los Angeles Times, Artforum, and Cinema Scope, among other publications. He is currently a Visiting Lecturer in the Department of Visual and Environmental Studies at Harvard. His book David Lynch: The Man From Another Place will be published by Amazon/New Harvest in 2015.