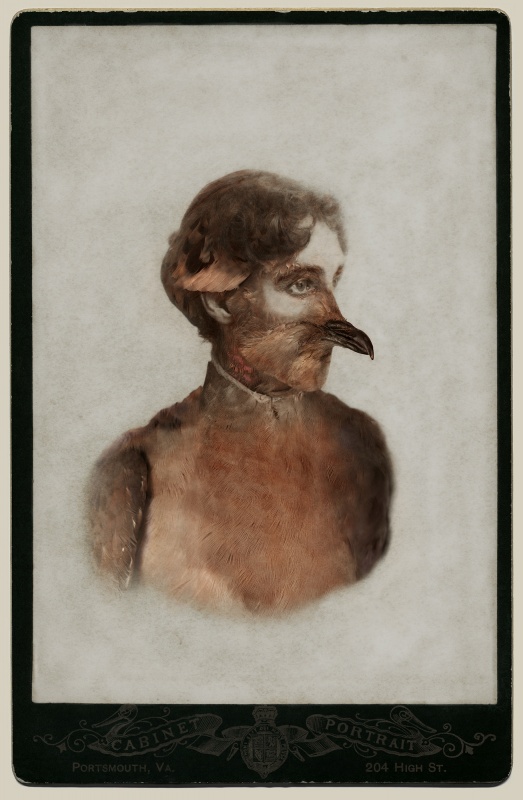 Artist in Residence Sara Angelucci; writer and historian Matthew Brower, Mark Peck, Royal Ontario Museum Ornithology Technician; and Bridget Stutchbury, author and Professor of Ornithology at York University, gathered to discuss the extinction and endangerment of North American birds as well as art and society’s relationship with the natural environment. Moderated by AGO curator of Canadian Art Andrew Hunter. 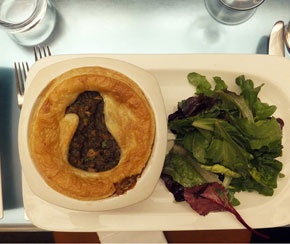 The discussion was followed by a three-course meal served in AGO Bistro, specially prepared by executive chef Jeff Dueck in consultation with Sara Angelucci. The main dish featured a vegetarian, “pigeon-less” pie to mark the 100th anniversary of the extinction of the Passenger Pigeon. The Passenger Pigeon, formerly one of the most abundant birds in North America, was pushed to extinction in 1914 due to habitat destruction and over hunting. Dinner and dessert will each be paired with a choice of white or red Ontario wine. 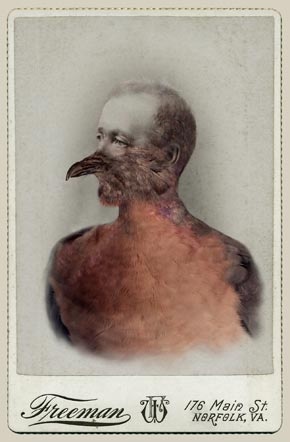 Sara Angelucci is a Toronto-based visual artist who works primarily with photography, video and audio, exploring vernacular archival materials such as home movies, snap-shots and vintage portraits and their limited ability to convey the exact sense of a lived experience. Working with these images Angelucci seeks to reposition them in the present, shedding light on their broader context and histories outside of the frame.

Matthew Brower is a Lecturer in Museum Studies in the Faculty of Information at the University of Toronto. He writes on issues in animal studies, the history and theory of photography and contemporary art. He is the Author of Developing Animals: Wildlife and Early American Photography (University of Minnesota Press 2010). He has curated exhibitions in historical and contemporary art including Mieke Bal: Nothing is Missing, Gord Peteran: Recent Works, The Brothel Without Walls, Suzy Lake: Political Poetics, and Collective Identity │Occupied Spaces.

Mark Peck is the Collection Manager in Ornithology, Department of Natural History, Royal Ontario Museum (ROM) in Toronto. He is also involved in museum exhibits and programs and field research in South America, New Jersey and the Hudson Bay Lowlands of northern Ontario. In addition, he is the Co-coordinator of the Ontario Nest Records Scheme, the ROM liaison for the Ontario Bird Records Committee and the Program Director for the Toronto Ornithological Club. In his off hours he is an avid bird photographer, traveling extensively for both his profession and his hobby. He has authored or coauthored numerous scientific and popular articles on birds and hundreds of his images have been published in books, magazines and on websites. Mark has been with the ROM since 1983.

Bridget Stutchbury is a professor in the Department of Biology at York University, Toronto. She completed her M.Sc. at Queen’s University and her Ph.D. at Yale, and was a postdoctoral fellow at the Smithsonian Institution. Since the 1980s, she has studied migratory songbirds to understand their behaviour, ecology and conservation. Her current research focusses on studying the incredible migration journeys of songbirds to help halt the severe declines in many species. She serves on the board of Wildlife Preservation Canada and is the author of Silence of the Songbirds (2007) and The Bird Detective (2010).

Listen to the Talk
Sara Angelucci, Matthew Brower, Mark Peck, Bridget Stutchbury- Bird's Eye View on Art and Exhibition
1 hour 30 minutes
The panelists gather to discuss the extinction and endangerment of North American birds as well as art and society’s relationship with the natural environment.