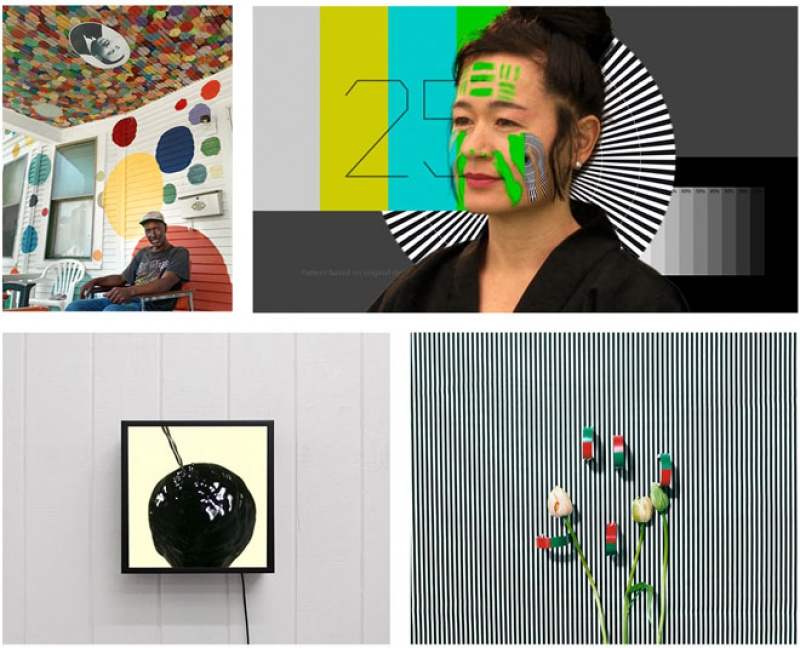 Dave Jordano (1948, Detroit, Michigan) received a BFA in photography from the College for Creative Studies in 1974. As an emerging fine art photographer, he was awarded an honorable mention in the Houston Center for Photography’s Long Term Fellowship Project in 2003, and he received the Curator’s Choice Award the following year. A major exhibition of his work from his “Articles of Faith” project was held at the Chicago Cultural Center in 2009. Jordano has had solo shows both nationally and internationally and his work is included in the permanent collection of several private, corporate and museum collections, most notably the Museum of Contemporary Photography in Chicago, IL; the Museum of Fine Arts, Boston; the Museum of Fine Arts, Houston; and the Detroit Institute of Arts. His most recent book is Articles of Faith (2009), published by the Center for American Places at Columbia College Chicago.

Owen Kydd (Calgary, Canada) attained a bachelor’s degree in film and art from Simon Fraser University in Vancouver and a master’s degree from UCLA in Los Angeles. Kydd has exhibited work at the Vancouver Art Gallery, the Oakville Galleries, Los Angeles County Museum of Art, the Art Gallery of Western Australia, FOAM Museum Amsterdam, and the Daegue Photo Biennale in Korea, among others.

For more information about the AIMIA | AGO Photography Prize, visit http://www.aimiaagophotographyprize.com/.

With generous support from the

Consulate General of the Federal Republic of Germany