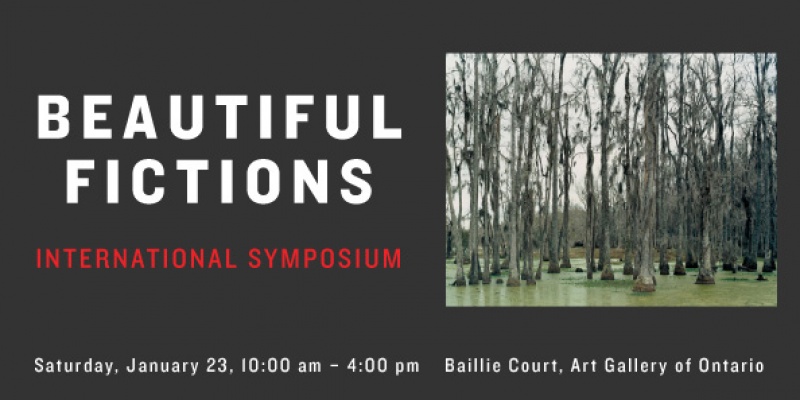 This international symposium marks the closing of the exhibition, Beautiful Fictions: Photographic Art from the AGO featuring the Vivian and David Campbell Collection. The symposium will address issues central to the narrative of the exhibition: how the transition from darkroom to digital has changed the nature and status of photography, and our relationship to the physical world. Participating artists include Geneviève Cadieux (Montreal), Axel Hütte (Düsseldorf), Lorna Simpson (New York), and Michael Snow (Toronto). Participating curators and theorists include Dan Adler (Toronto), Karen Irvine (Chicago), Nicolaus Schafhausen (Rotterdam) and from the AGO Sophie Hackett, David Moos, and Maia Sutnik. Canadian artists have often pioneered innovative approaches to photographic practice, and their contributions will be appraised in relation to international trends. Together the participants will examine how contemporary photographic artists have explored and exploited new possibilities in the medium, developing contemporary definitions of photography. The destiny of photography in the future will also be addressed. 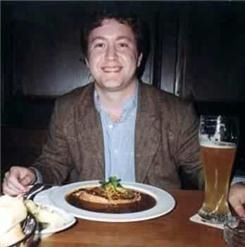 Dan Adler is an assistant professor of art history at York University in Toronto. A specialist in the history of art writing and the aesthetics of installation art, he has published in the London-based journal Art History and regularly contributes reviews to Artforum. An alumnus of the Whitney Museum's Independent Study Program, he holds a doctorate in art history from the Graduate Center, City University of New York. He has taught previously at Hunter College, RISD, the University of Guelph, and the New School in New York. He was formerly senior editor of the Bibliography of the History of Art at the Getty Research Institute in Los Angeles. In 2006 he curated the exhibition ‘When Hangover Becomes Form: Rachel Harrison and Scott Lyall', held at the Contemporary Art Gallery in Vancouver and Los Angeles Contemporary Exhibitions (LACE). His book on the German conceptual artist Hanne Darboven was published in 2009 by Afterall Books/MIT Press. He is currently working on book that deals with contemporary sculpture in terms of aesthetic categories.

Sophie Hackett is Assistant Curator, Photography at the Art Gallery of Ontario. 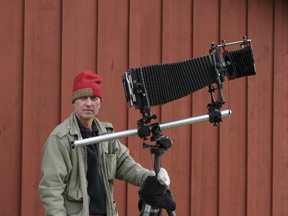 Axel Hütte was born in 1951 in Essen, Germany. Between 1973 and 1981 he studied at the Kunstakademie Düsseldorf, where he attended Bernd Becher's fine art course in photography. In the same year he joined Andreas Gursky and Thomas Ruff in a rented studio space in a disused power station. In 1982 Hütte won a DAAD scholarship to London. His first solo exhibition was held at the Galerie Konrad Fischer, Düsseldorf in 1984. Solo exhibitions followed at the Rotterdamse Kunststichting, Rotterdam(1989), the Hamburger Kunsthalle, Hamburg (1993) the Rheinisches Landesmuseum, Bonn (1995), the Fotomuseum Winterthur, Winterthur (1997), and the Foundation for Photography, Amsterdam (2001). Most recently a major retrospective of Hütte's work was held at the Museo Nacional Centro de Arte Reina Sofía, Madrid, in 2004.

Karen Irvine is curator of the Museum of Contemporary Photography, Columbia College Chicago. She has organized numerous one-person exhibitions including: Anthony Goicolea; Shirana Shahbazi: Goftare Nik/Good Words; Jason Salavon; Paul Shambroom: Evidence of Democracy; and Alec Soth: Sleeping by the Mississippi. Thematic group exhibitions include Audible Imagery: Sound and Photography; The Furtive Gaze, works by artists who use the camera as an instrument of surveillance; Camera/Action: Performance and Photography; and Anticipation, exploring strategies of slowness and suspense in time-based art. She is a part time instructor of photography at Columbia College Chicago. She received her MFA in photography from FAMU, Prague, and a Masters of Arts degree in art history at the University of Illinois at Chicago. 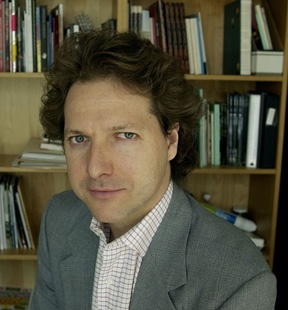 David Moos is Curator of Contemporary Art at the Art Gallery of Ontario and co-curator of Beautiful Fictions: Photographic Art from the AGO featuring the Vivian and David Campbell Collection. 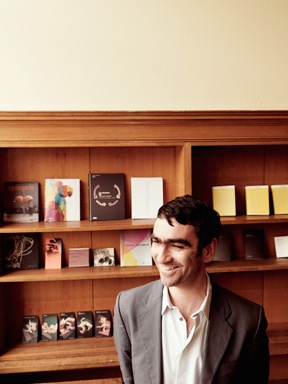 Since January 2006, Nicolaus Schafhausen has been Director of Witte de With Center for Contemporary Art in Rotterdam. Born in 1965 in Düsseldorf, Schafhausen worked as an artist before starting his career as curator in 1990. He studied art history at the Berlin Technical University and at Munich's Ludwig-Maximilians-University. In 1991 he founded - along with artist Markus Schneider - the Lukas & Hoffmann gallery where he organized  the first  of Kai Althoff, Olafur Eliasson, Carsten Höller and Antje Majewski. From 1995 to 1998, he was Artistic Director of Künstlerhaus Stuttgart, and in 1998, Schafhausen was appointed Director of Frankfurter Kunstverein and remained its artistic and commercial director until December 2005. The programme highlights of the period were the thematic exhibitions he curated on contemporary social issues, with topics such as the "local" (To the people of the city of the Euro), migration (You have to really learn a lot to function here) and a trilogy on the phenomenon of globalization (Neue Welt, New Heimat, non-places). In June 2005, he was appointed Founding Director of the European Kunsthalle in Cologne (Germany) for two years. This project explored models for a potential contemporary art institution in Cologne. He was curator of the German Pavilion at both the 52nd (Artist: Isa Genzken) and 53rd  (Artist: Liam Gillick) Venice Biennial in 2007 and 2009. In 2008 Schafhausen was, together with Florian Waldvogel, co-curator at the first Brussels Biennial. In 2010, he will co-curate the Media City Seoul Festival with Clara Kim, Sunjung Kim and Fumihiko  Sumitomo. In 2003, Schafhausen was awarded the Hesse State Prize for Culture. He lives in Brussels.

Lorna Simpson was born in 1960 in Brooklyn, New York, and received her BFA in Photography from the School of Visual Arts, New York, and her MFA from the University of California, San Diego.  When Simpson emerged from the graduate program at San Diego in 1985, she was already considered a pioneer of conceptual photography.  Feeling a strong need to re-examine and re-define photographic practice for contemporary relevance, Simpson was producing work that engaged the conceptual vocabulary of the time by creating exquisitely crafted documents that are as clean and spare as the closed, cyclic systems of meaning they produce.  Her initial body of work alone helped to incite a significant shift in the view of the photographic art's transience and malleability.

Lorna Simpson first became well-known in the mid-1980s for her large-scale photograph-and-text works that confront and challenge narrow, conventional views of gender, identity, culture, history and memory.  With the African-American woman as a visual point of departure, Simpson uses the figure to examine the ways in which gender and culture shape the interactions, relationships and experiences of our lives in contemporary multi-racial America.  In the mid-1990s, she began creating large multi-panel photographs printed on felt that depict the sites of public - yet unseen - sexual encounters.  More recently, she has turned to moving images - in film and video works such as Call Waiting, Simpson presents individuals engaged in intimate and enigmatic yet elliptical conversations that elude easy interpretation but seem to address the mysteries of both identity and desire.  Over the past five years, her work includes drawings based on the characters in a recent video work constructed from found film footage.  As a collection, these portraits become studies on the construction of identity achieved through the subtle interplay of lines and accents of color.  Most recently, she began a project involving an archive of photographs from the 1950s, which she has been adding to by creating her own replicas of these images, posing herself to mimic the originals.

Her work has been exhibited at the Museum of Modern Art, New York; the Museum of Contemporary Art, Chicago; the Miami Art Museum; the Walker Art Center, Minneapolis; and the Irish Museum of Modern Art, Dublin.  She has participated in such important international exhibitions as the Hugo Boss Prize at the Guggenheim Museum, New York, and Documenta XI in Kassel, Germany.  She has been the subject of numerous articles, catalogue essays, and a monograph published by Phaidon Press.  Simpson's first mid-career survey was exhibited at the Los Angeles Museum of Contemporary Art, the Miami Museum of Art, the Whitney Museum of American Art, the Kalamazoo Institute of Art, and the Gibbes Museum in South Carolina. Of late, she had a solo exhibition at Salon94, New York, in 2008 and a solo exhibition at Obadia Galerie, Paris, in 2009. 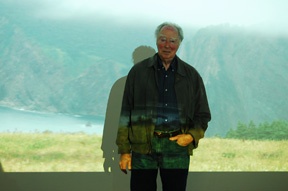 Michael Snow was born in Toronto not so long ago, and lives there now - but has also lived in Montreal, Chicoutimi and New York. He is a musician (piano and other instruments) who has performed solo as well as with various ensembles (most often with the CCMC of Toronto) in Canada, USA, Europe and Japan. Numerous recordings of his music have been released. His films have been presented at festivals in Australia, Brazil, Canada, Finland, France, Germany, Korea, Italy, Japan, Netherlands, Turkey, United Kingdom and USA, and are in the collections of several film archives, including Anthology Film Archives in New York City, the Royal Belgian Film Archives, Brussels, and the Oesterreichesches Film Museum, Vienna.

He has been a painter and sculptor, though since 1962, much of his gallery work has been photo-based or holographic. Work in all these media is represented in private and public collections world-wide, including the National Gallery of Canada, the Art Gallery of Ontario, the Museum of Modern Art (New York), Museum Ludwig (Cologne and Vienna), Centre Georges-Pompidou (Paris), and both the Musée des Beaux-Arts and Musée d'art contemporain in Montreal.

Retrospectives of his painting, sculpture, photoworks and holography have been presented at the Hara Museum (Tokyo), of his films at the Cinémathèque Française  and Centre Georges-Pompidou (Paris), Anthology Film Archives  and Museum of Modern Art (New York) and L'Institut Lumière (Lyons) and of his work in all media simultaneously in 1994 at the Power Plant and the Art Gallery of Ontario (Toronto). A retrospective of his photoworks 1962-99 called Panoramique was presented at the Palais des Beaux Arts (Brussels), touring to Centre national de la photographie (Paris) and MAMCO and Saint-Gervais (Geneva). Additional retrospective exhibitions have been mounted at the Vancouver Art Gallery and the Musée d'art contemporain (Montreal).

Michael Snow has executed several public sculpture commissions, the best known being Flight Stop at Eaton Centre and The Audience at Skydome (now Rogers Centre), both in Toronto. His The Windows Suite was opened in September 2006 at the Pantages Hotel and Condominium complex on Victoria Street, Toronto.

He has received numerous awards, including a Guggenheim Fellowship (1972) the Order of Canada (Officer, 1982; Companion, 2007), and the first Governor General's Award in Visual and Media Arts (2000) for cinema. Snow was made a Chevalier de l'ordre des arts et des lettres, France (1995) and in 2004 he was awarded an honorary doctorate by the Université de Paris I, Panthéon-Sorbonne. 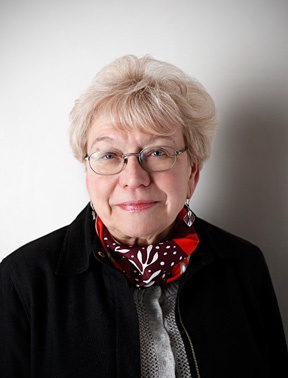 Maia-Mari Sutnik is Curator of Photography at the Art Gallery of Ontario, and co-curator of Beautiful Fictions: Photographic Art from the AGO featuring the Vivian and David Campbell Collection

Interested in branding ideas and experiences? Find out more about Corporate Partnership Opportunities.