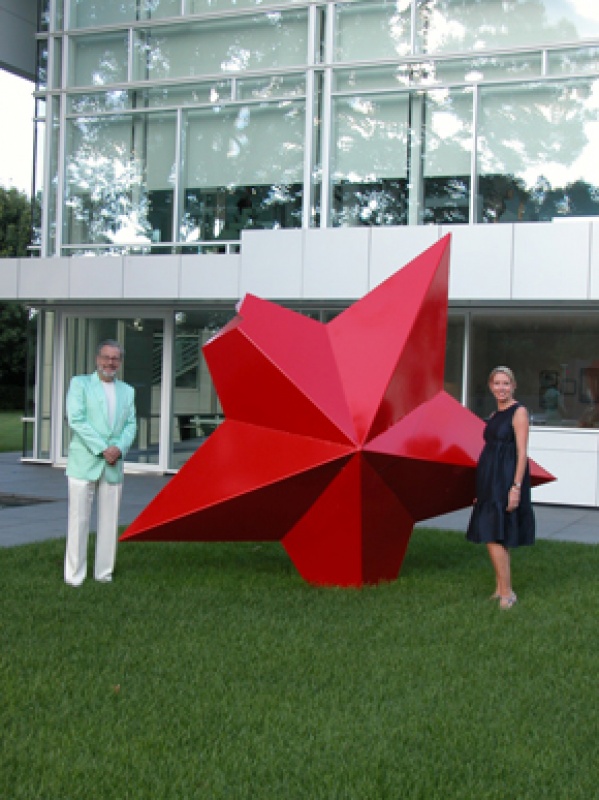 Dallas collectors and philanthropists Howard and Cindy Rachofsky join AGO Director Matthew Teitelbaum in conversation in this installment of the Brown Bag Lunch & Talk series. The Rachofsky's are leading Dallas philanthropists, passionate about reinventing their city as a contemporary art and architecture capital.

Cindy and Howard Rachofsky, along with four fellow Dallas-based collectors, set a new standard in philanthropy in 2005 when they announced the irrevocable bequest of their collections to the Dallas Museum of Art. In a gesture that continues to inspire, the Rachofsky's also included their Richard Meier designed home in the promised gift.

In 2012 Howard Rachofsky and Dallas art collector Vernon Faulconer opened The Warehouse an adapted industrial building in Dallas, containing art storage facilities, a library, and 18,000 square feet exhibition space. The Warehouse presents original exhibitions of works from the Rachofsky and Faulconer collections, complemented by art acquired jointly with the Dallas Museum of Art and works on loan.

Cindy Rachofsky is a member of the board of trustees and sits on the executive committee of the Dallas Museum of Art. Rachofsky is also on the board of trustees of amfAR, the Foundation for AIDS Research. In 2010, she was awarded the TACA Neiman Marcus silver cup Award and with Howard Rachofsky received the Gertrude Vanderbilt Whitney Award for Outstanding Patronage of the Arts at Skowhegan in 2005. In 2009 they both received the amfAR award for their longstanding support of the Foundation for AIDS research.

A successful money manager for more than 30 years, Howard Rachofsky is also one of Dallas' most engaged and generous arts patrons. For more than three decades, Rachofsky has been deeply involved in a range of community based organizations including The Dallas Museum of Art, Dallas Symphony Association, Dallas Center for the Performing Arts, Dia foundation for the Arts in New York, East Dallas Community School, St. Phillips Academy, Booker T. Washington School for the Visual and Performing Arts, Dallas Theater Center, Dallas Architectural Foundation and the University of Texas School of Architecture.