Casa Susanna: On Photography and the Play of Gender 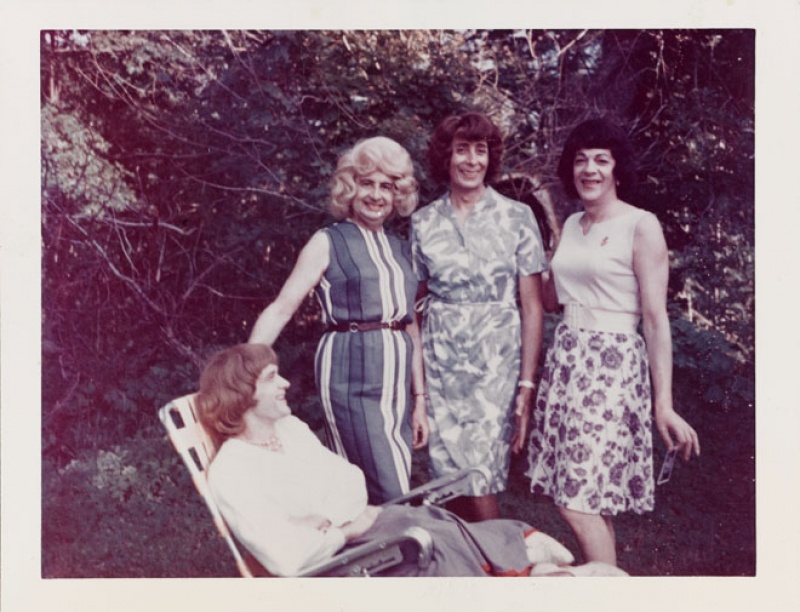 Casa Susanna: On Photography and the Play of Gender

“...Perhaps the crown jewel of the AGO’s exhibit [is] a collection of photos from “Casa Susanna,” a secreted-away New York compound where men would come to cross-dress, to cavort, to photograph each other to give proof of an existence they knew was real but felt they had to suffocate in American society. ‘They needed to document the reality of their lived existence in order for that experience to be complete,’ said [York University professor Sarah] Parsons. ‘Maybe there’s something particularly American about that, this sense of confirmation of reality.’” -Macleans

The Casa Susanna snapshots included in Outsiders: American Photography and Film, 1950s — 1980s offer a compelling look at the lives of a group of cross-dressers at their weekend gathering place between the mid-1950s and early 1960s. The photographs, which were acquired into the AGO’s collection in 2015, have been widely hailed as a centrepiece of the exhibition. Exhibiton co-curator Sophie Hackett, the AGO’s Associate Curator, Photography, says: “They are an amazing record of trans community in the becoming,” she says. “They are typical snapshots on the one hand — there they are on the front porch, there they are at a picnic, or at the diving board. But then you kind of realize how exceptional they are as well, just for the subject matter alone.”

The AGO brings together three extraordinary thinkers to discuss the history and legacy of these images. Zackary Drucker, artist and producer of the groundbreaking television series Transparent, whose first season featured an extended plotline inspired by Casa Susanna, joins York University professor, philosopher and life-long cross dresser Miqqi Alicia Gilbert, in conversation with cultural historian Elspeth Brown to consider the Casa Susanna photos and  the relationship of image making to the formation of queer, trans and cross-dressing communities from the 1950s to today.

Watch Gilbert discuss the images in this video clip from the exhibition:

Zackary Drucker is an independent artist, cultural producer, and trans woman who breaks down the way we think about gender, sexuality, and seeing. She has performed and exhibited her work internationally in museums, galleries, and film festivals including the Whitney Biennial 2014, MoMA PS1,Hammer Museum, Art Gallery of Ontario, MCA San Diego, and SF MoMA, among others. Drucker is an Emmy-nominated Producer for the docu-seriesThis Is Me, as well as a Co-Producer on Golden Globe and Emmy-winning Transparent. She is a cast member on the E! docu-series I Am Cait.

Miqqi Alicia Gilbert, Ph.D. aka Michael A. Gilbert is Full Professor of Philosophy at York University, Toronto, Canada.  Miqqi Alicia has also published scholarly articles in Gender Theory including an essay in Hypatia in 2009, “Defeating Bigenderism.” S/he is a life-long cross-dresser and an activist in the transgender community. Miqqi Alicia has made a point of being out and public and has appeared in numerous newspapers and magazines in Canada and the US, as well as interviews on radio and television.  S/he has been the book review editor and regular columnist for Transgender Tapestry, a recipient in 2007 of an IFGE Trinity Award, and Director of Fantasia Fair for 8 years. S/he has presented workshops at numerous trans events including Fantasia Fair, Southern Comfort, Esprit, IFGE and First Event. Hir newest book, Arguing with People, was published by Broadview Press in Spring of 2014.

Elspeth Brown is an Associate Professor of History at the University of Toronto. She is the author of award-winning The Corporate Eye: Photography and the Rationalization of American Commercial Culture, 1884-1929 (Johns Hopkins 2005) and Sexual Capital: A Queer History of Modeling, 1909-1983 (under contract with Duke University Press). She has co-edited two volumes: Cultures of Commerce: Representation and American Business Culture, 1877-1960 (Palgrave, 2006) and Feeling Photography (Duke University Press, 2014) as well as a special issue of Photography and Culture titled "Queering Photography" in 2015. Brown currently directs the The LGBTQ Oral History Digital Collaboratory, a five-year digital history and oral history research collaboration that connects archives across Canada and the United States to produce a collaborative digital history hub regarding gay, lesbian, queer, and trans* oral histories.

Listen to the Talk
Zackary Drucker, Miggi Alicia Gilbert, Elspeth Brown - Casa Susanna
1 hour 30 minutes
The AGO brings together three extraordinary thinkers to discuss the history and legacy of the images from Casa Susanna: On Photography and the Play of Gender.