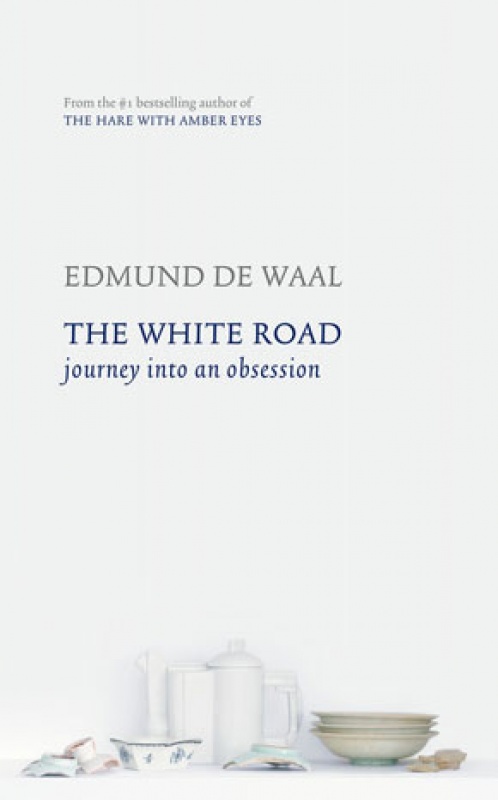 In The White Road, bestselling author and artist Edmund de Waal gives us an intimate narrative history of his lifelong obsession with porcelain, or "white gold." A potter who has worked with porcelain for more than forty years, de Waal describes how he set out on five journeys to places where porcelain was dreamed about, refined, collected and coveted--and that would help him understand the clay's mysterious allure. From his studio in London, he starts by travelling to three "white hills"--sites in China, Germany and England that are key to porcelain's creation. But his search eventually takes him around the globe and reveals more than a history of cups and figurines; rather, he is forced to confront some of the most difficult moments of twentieth-century history.

Part memoir, part history, part detective story, The White Road chronicles a global obsession with alchemy, art, wealth, craft, and purity. In a sweeping yet intimate style that recalls The Hare with the Amber Eyes, de Waal gives us a singular understanding of "the spectrum of porcelain" and the mapping of desire.

Edmund de Waal is one of the world's leading ceramic artists, and his porcelain is held in many major museum collections. His bestselling memoir The Hare with Amber Eyes has been published in thirty languages and won the Costa Biography Award and the RSL Ondaatje Prize. It was short-listed for the Duff Cooper Prize, the Jewish Quarterly Wingate Prize, the PEN/Ackerley Prize, and the Southbank Sky Arts Award for Literature, and was long-listed for the Orwell Prize and BBC Samuel Johnson Prize. De Waal was recently awarded the prestigious Windham-Campbell prize for nonfiction, given annually by Yale University. He lives in London with his family.

Presented by AGO in collaboration with Penguin Random House, and in conjunction with the Gardiner Museum.