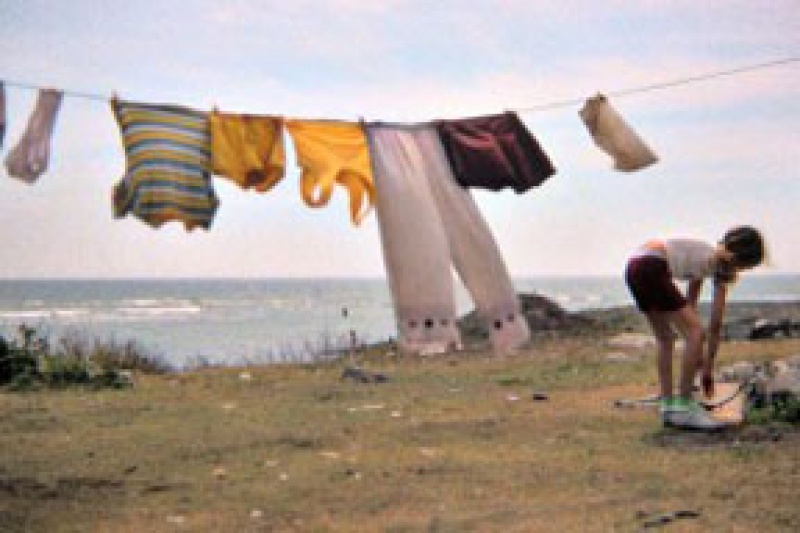 Less than a month after Simone Rapisarda Casanova completed shooting in Juan Antonio, a village on Cuba's North Eastern coast, the place was wiped out by a hurricane. Thus El árbol de las fresas begins with four of the now displaced former inhabitants reminiscing about their home and what they have lost. Eschewing drama and pathos, the opening sets the tone for what is an unusual documentary; the subjects often address the camera directly and even tease the filmmaker. In doing so they disrupt the usual relationship between viewer and subject in a playful way that allows both the viewer and the viewed to share equally in the filmmaking process.

The film observes two families, Silva Ocampo and Silva Vidal, as they perform daily tasks, grinding coffee, mending nets, fixing a flat tire (in a particularly unique way) as well as preparing for the start of the fishing season and the celebration of Children's Day. Rapisarda Casanova knows how to frame a scene, and cleverly uses the limitations of his digital camera to provide a grainy sun bleached portrait of the place where Christopher Columbus is said to have first landed in the New World in 1492. Since then, the traits and traditions of the indigenous Taíno population have integrated with those of the Spanish colonizers, resulting in a culture of resourcefulness, wit and resilience. Despite the apparently modest living conditions in Juan Antonio, Rapisarda Casanova has created an enduring document of a rich and beautiful life and of a people who won’t soon be forgotten.